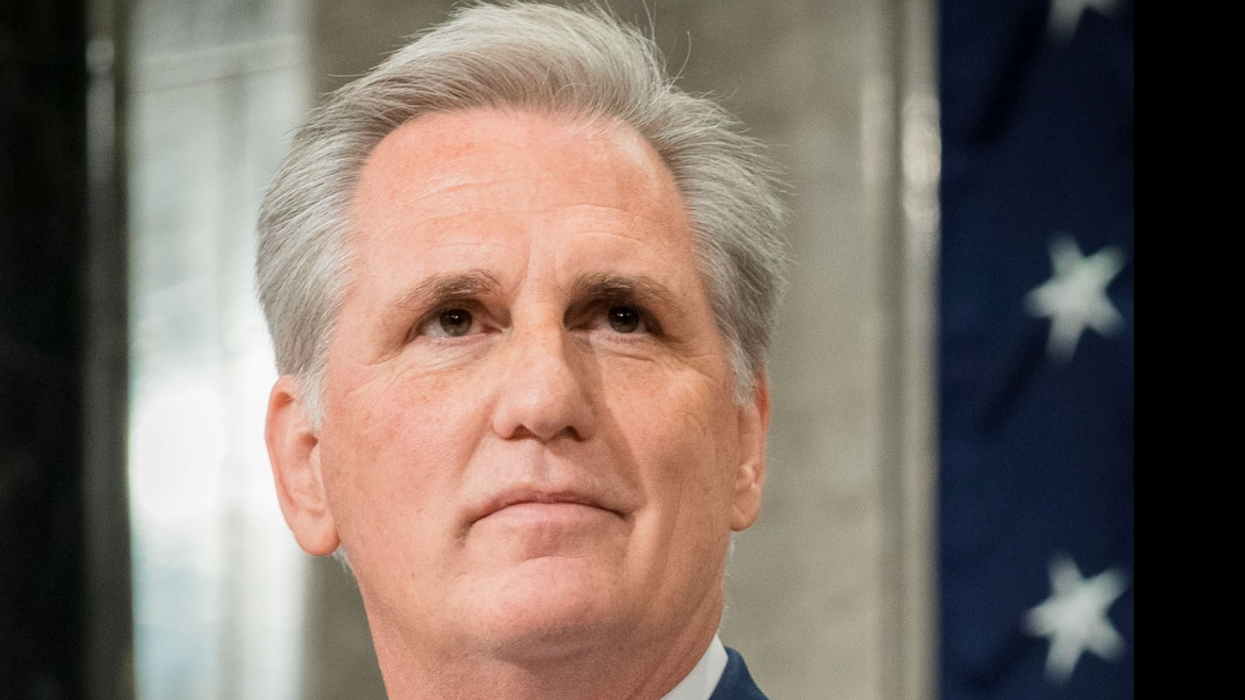 Rep. Kevin McCarthy (R-CA) on Wednesday reportedly got a standing ovation from House Republicans at a conference meeting at which the House Minority Leader defended his comments about former President Donald Trump's actions in the wake of the deadly Jan. 6 insurrection.

CNN is reporting that McCarthy labeled the leaks of audio recordings in which he said he would discuss the prospect of resignation with Trump "an attempt to divide the GOP conference ahead of the midterms." In defending his remarks, McCarthy said he needed to discuss every possible scenario in advance of the pending Electoral College certification of Joe Biden's election.

The meeting, however, wasn't all about unity, according to CNN. The network reports: "At the meeting, Florida Rep. Matt Gaetz asked House GOP Whip Steve Scalise about Scalise's taped comments that Gaetz's incendiary January 6 remarks were 'potentially illegal.' Two sources said Scalise said he told Gaetz they were just speculating based on what law enforcement was saying then and based on his own personal experience after being shot on a baseball field."

When he was asked if he thought his comments would diminish his chances of being elected speaker if Republicans take back the House in the upcoming midterms, McCarthy's response was a terse, "Nope."

McCarthy criticized inflammatory comments made by GOP lawmakers following the Jan. 6 Capitol attack in a recording obtained and published by the New York Times.

On Jan. 10, 2021, according to a recording, McCarthy urged Republican leaders to follow public statements from GOP lawmakers that might be seen as dangerous.

"The country is too crazy," McCarthy said, according to audio obtained by the Times. "I do not want to look back and think we caused something or we missed something and someone got hurt. I don't want to play politics with any of that."