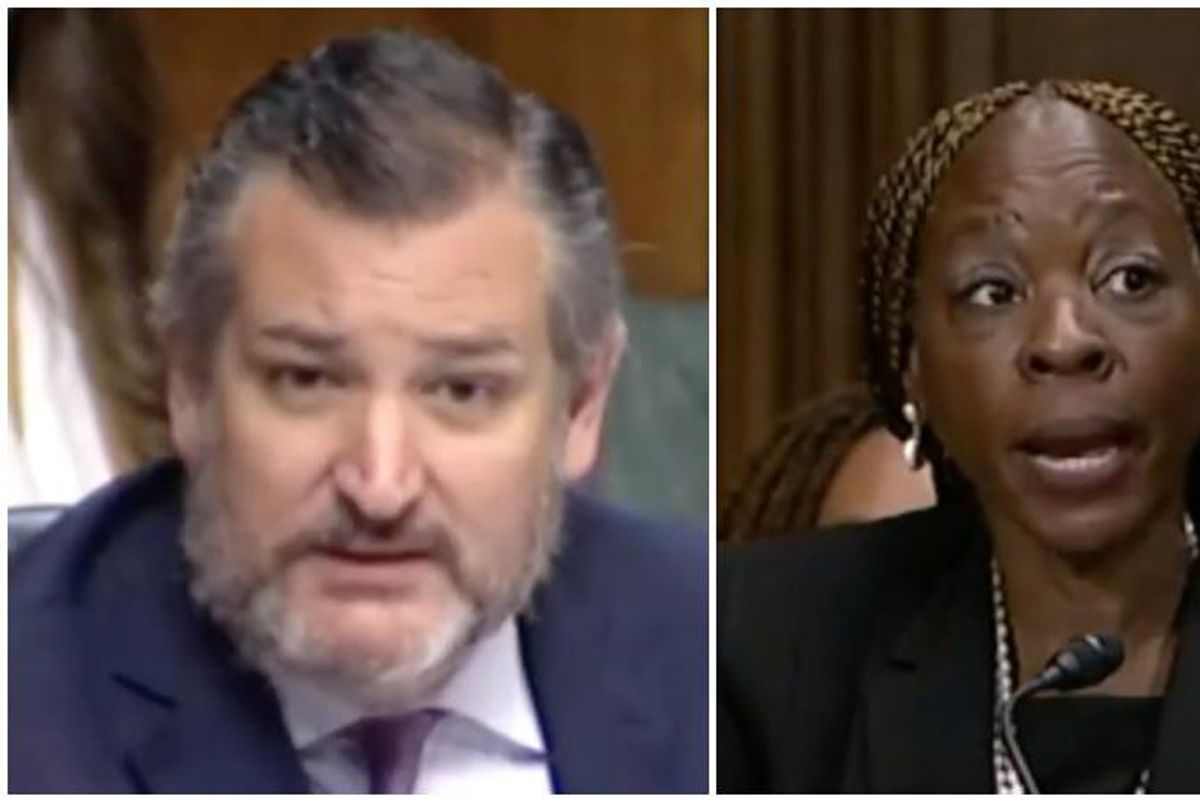 During a hearing to confirm President Biden's recent nomination of Nancy Abudu to the federal bench, Sen. Ted Cruz (R-TX) pressed her over her position as the Strategic Litigation Director for the civil rights advocacy group Southern Poverty Law Center (SPLC), which Cruz described as a "hateful and extreme place," which has led to "horrific violence."

Cruz started out his questioning of Abudu by mentioning the fact that the evangelical group Family Research Council (FRC), which has been designated as a hate group by the SPLC, was the scene of a 2012 attempted mass shooting when Floyd Lee Corkins II shot a security guard during a struggle when he was trying to enter the group’s headquarters in D.C.

After the incident, Corkins told police that he wanted to kill as many people as possible and that he was targeting the FRC because of its anti-LGBT views.

Cruz pointed out that Corkins said he singled out the FRC based on an SPLC list of designated hate groups. According to Cruz, the SPLC has "equated" the FRC with other hate groups such as the KKK and the Nazi party.

"Do you agree with your employer that the Family Research Council is equivalent to the KKK or the Nazi party?" Cruz asked Abudu, who replied by pointing out to Cruz that she was once a staff attorney -- a reference to a comment from Cruz earlier that she has spent her career as an advocate rather then a legal representative.

Cruz shot back at Abudu, asking to answer the question. "Do you agree with your employer that the Family Research Council is comparable to the Ku Klux Klan or the Nazi Party?"

Abudu replied that she can't comment on the matter since she's in the SPLC's "legal department."

After a few more exchanges, Cruz accused Abudu of refusing to answer the question.

Watch the full exchange below: