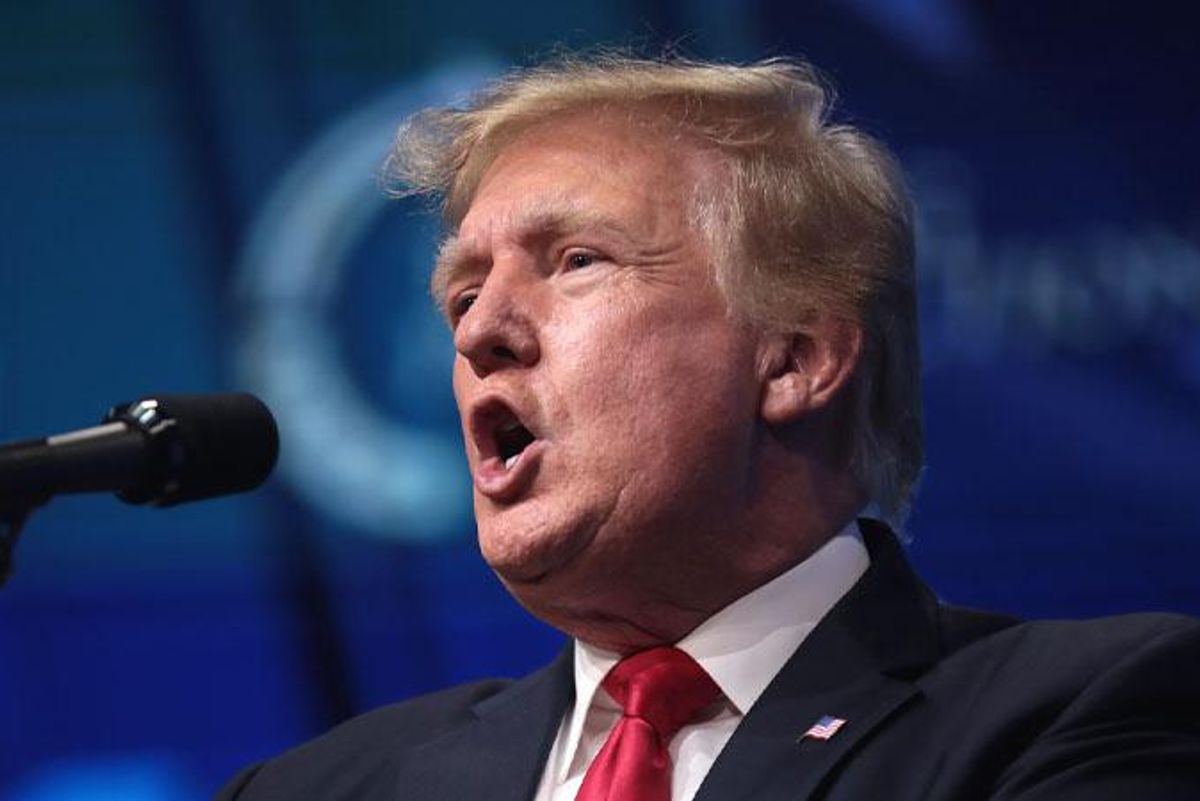 On April 9, former President Donald Trump could not have been more effusive in his praise of David McIntosh. At a rally that day in North Carolina, Trump said of the Club for Growth head: "He's a winner. He's a fighter. We are undefeated when we work together." McIntosh tossed the platitudes right back at the former president, saying, "You are a great man. I am proud to partner with you."

Last week, however, that relationship dissolved when McIntosh and his Club for Growth refused to call a halt to its negative ad campaign against Trump-endorsed GOP Senate candidate J.D. Vance, according to CNN.

In fact, the Club for Growth has turned up its volume with new ads pillorying the "Hillbilly Elegy" author. McIntosh's group supports former Ohio state treasurer Josh Mandel in the GOP primary for the seat being vacated by Sen. Rob Portman, who is retiring from Congress.

Trump's response to McIntosh's refusal to tow the Trump party line was classic. Through an intermediary on Twitter, the former president told the candidate to "Go f--- yourself."

In OHSEN, Trump had expected McIntosh from the Club for Growth to stop supporting Mandel after Trump backed Vance. The Club aired a new spot today featuring Vance quotes criticizing Trump in the past. Trump had his assistant send McIntosh a text saying, \u201cGo f*^% yourself.\u201d
— Maggie Haberman (@Maggie Haberman) 1650569014

Not surprisingly, the two men haven't spoken since, according to a person close to Trump who spoke with CNN. And on Wednesday, the Club launched a new ad again targeting Vance for his past criticism of Trump and highlighting Trump's past endorsement of Mitt Romney's 2018 Senate campaign in Utah.

People familiar with the situation told CNN the Club for Growth is trying to deal with frustrated board members and donors who are concerned it will slip into irrelevance if it doesn't repair relations with Trump.

IN OTHER NEWS: Ted Cruz rages at Biden nominee for refusing to say if anti-gay Family Research Council is equivalent to the KKK

But former White House senior adviser and right-wing podcaster Steve Bannon sees no reason for Trump to reach out to McIntosh and his Club for Growth.

"The Club for Growth is the single most destructive force among these outside groups in Republican politics. If you just go down the list of any policy that is at the core of Trump's economic plan -- except for corporate tax cuts -- they oppose it," said Bannon. In his opinion, the Club's "globalist elitist agenda that is night to the day of ... Donald Trump and the MAGA movement,"

Another person close to Trump, who requested anonymity to speak candidly to CNN, said the group's firm resistance to protectionist trade and industrial policies doesn't align with the MAGA platform. "Trump has been fooled by McIntosh, and I think he's realizing that," this person said.