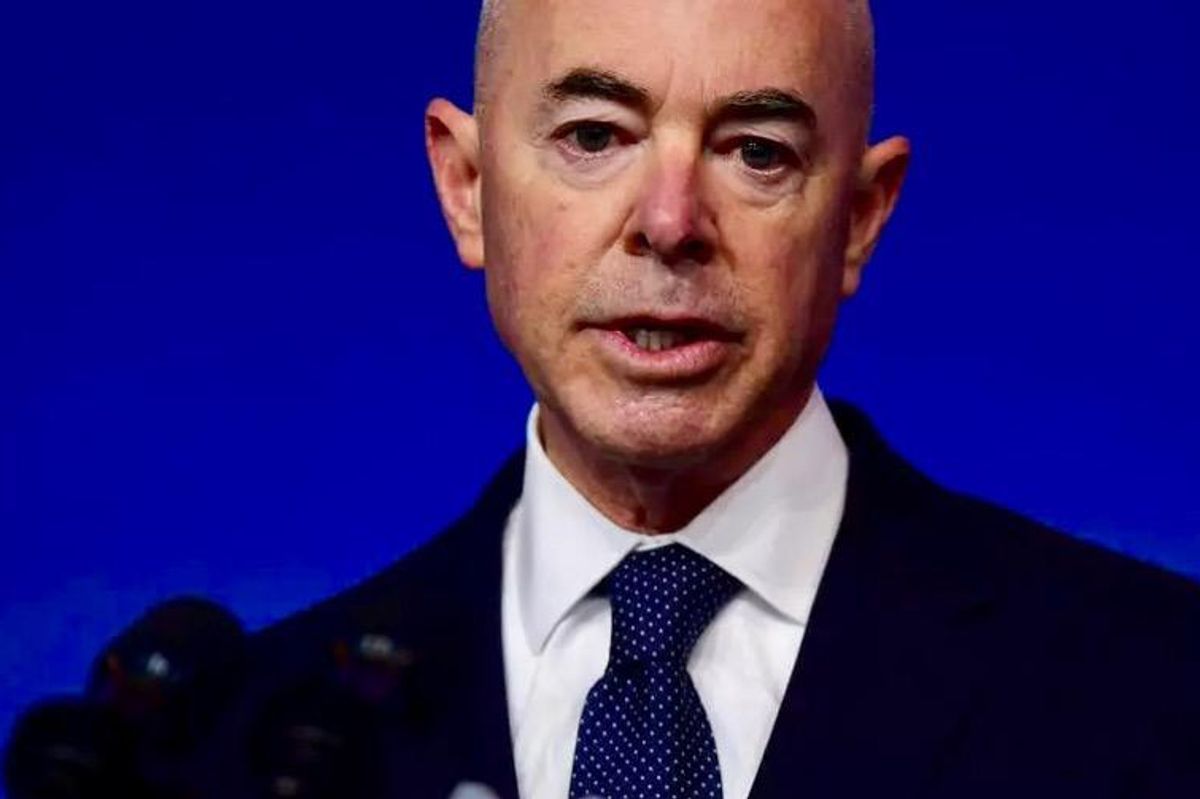 US Homeland Security Secretary Alejandro Mayorkas defended the administration's handling of immigration Wednesday amid a huge surge at the Mexico border that is expected to intensify as pandemic-related entry curbs are dropped.

President Joe Biden's administration has revealed it plans to end Title 42, a measure allowing the quick expulsion of migrants during the Covid-19 crisis, on May 23 -- in an announcement that sparked cross-party anger.

US Customs and Border Protection says there were 221,303 encounters with undocumented migrants along the southwest land border in March -- a 33 percent increase in just one month and more than quadruple the 2014-2019 average, before the coronavirus outbreak.

"We inherited a broken and dismantled system that is already under strain. It is not built to manage the current levels and types of migratory flows," Mayorkas told the House Appropriations Homeland Security Subcommittee, urging Congress to pass long-term reforms.

Mayorkas's testimony came with the administration locking horns with a federal court in Louisiana that granted a request by Republican-controlled states to temporary halt their planning to wind down Title 42.

The order prevents the government from taking any action before a hearing on May 13 to determine whether Title 42 can be lifted.

Mayorkas set out a blueprint to surge border personnel, target people smugglers, speed up processing and increase holding capacity by supporting groups taking in asylum seekers -- as he warned the worst was yet to come.

"A significant increase in migrant encounters will strain our system even further and we will address this challenge successfully," he said.

"It will take time, and we need the partnership of Congress, state and local officials, NGOs and communities to do so."

Enacted at the start of the pandemic in March 2020 under then-president Donald Trump, the measure requires border agents to turn away anyone who crosses undocumented into the United States.

Since then, migrants have been expelled more than 1.7 million times under the policy.

The decision on dropping Title 42 was made by the US Centers for Disease Control and Prevention (CDC), which said it was "no longer necessary" due to "an increased availability of tools to fight Covid-19."

But Biden and Mayorkas, as the faces of the administration's immigration policy, are taking the heat for the mushrooming controversy.

Ahead of his testimony, 130 House Republicans sent Mayorkas a letter slamming his "failure to secure the border and enforce the laws passed by Congress" and questioning his suitability for his job.

Conservatives complain the Mayorkas plan doesn't include any major new expenditure, any prospect of the CDC reversing its Title 42 decision or a pledge to complete Trump's controversial border wall.

Meanwhile border-state Democrats up for reelection in the November midterms have voiced frustration about the White House's handling of the issue, accusing it of failing to come up with a Plan B for controlling the border.