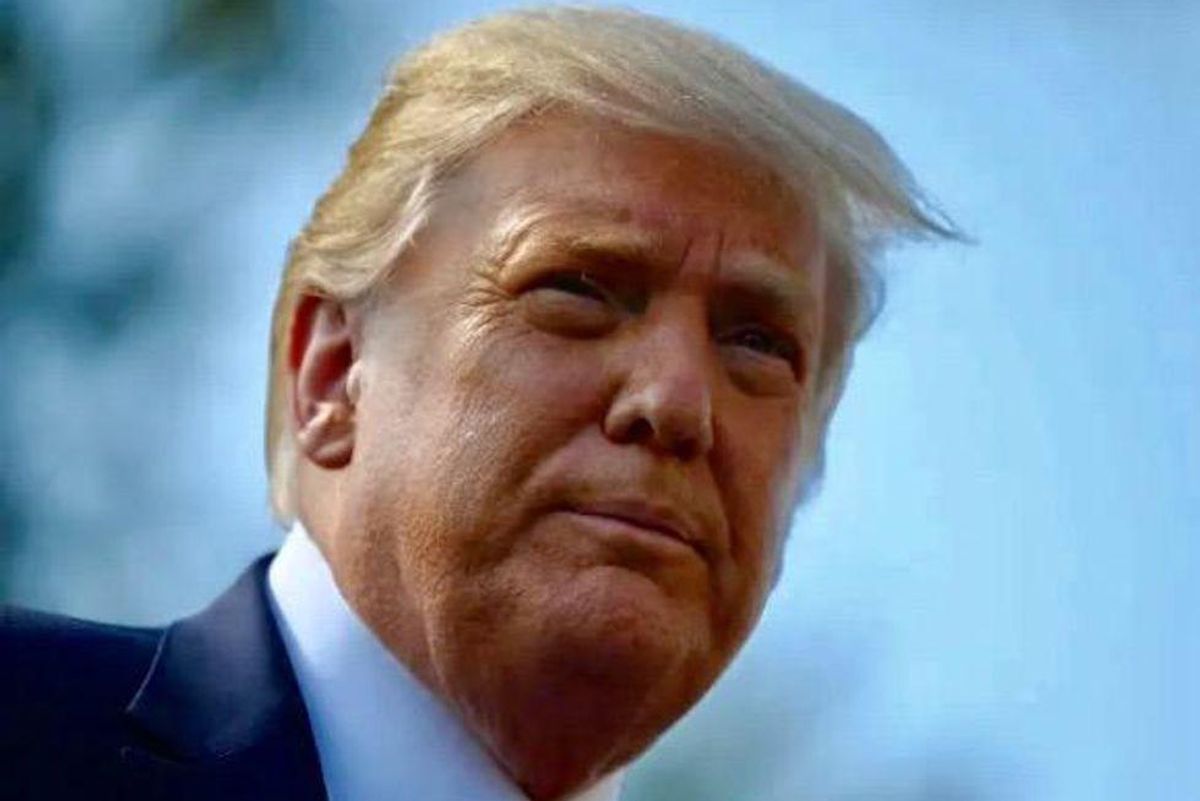 The grand jury hearing evidence against the Trump Organization is set to expire this week and CNN reports that Manhattan District Attorney Alvin Bragg will not apply for an extension.

"The six-month special grand jury, which was empaneled in October, heard evidence late last year from several witnesses, including reporters to whom former President Donald Trump boasted about his personal wealth," writes CNN. "Presentations to the grand jury were halted earlier this year after Manhattan District Attorney Alvin Bragg was sworn into office and raised concerns about the strength of the evidence."

The Manhattan DA's criminal investigation into the Trump Organization was dealt a major setback earlier this year when prosecutors Mark Pomerantz and Carey Dunne resigned from their positions.

In his resignation letter, Pomerantz told Bragg that he believed that they had accumulated enough evidence to charge Trump with multiple felonies related to falsifying business records.

Pomerantz told Bragg that he personally "harbors no doubt about whether [Trump] committed crimes — he did."

Pomerantz also told Bragg that "your decision not to authorize prosecution now will doom any future prospects that Mr. Trump will be prosecuted for the criminal conduct we have been investigating."

"In December, Mr. Bragg’s predecessor, Cyrus R. Vance Jr., directed the two senior prosecutors leading the inquiry, Mark F. Pomerantz and Carey R. Dunne, to present evidence to a grand jury with the goal of seeking an indictment of Mr. Trump," the New York Times reported. "Mr. Bragg, two months into his tenure, halted that presentation after disagreeing with Mr. Pomerantz and Mr. Dunne on the strength of the case."

"Their subsequent resignations led to public criticism of Mr. Bragg, particularly after The New York Times published a copy of Mr. Pomerantz’s resignation letter, in which he said he believed that the former president was 'guilty of numerous felony violations' and that it was 'a grave failure of justice' not to hold him accountable," the report added.

The Daily Beast had more on the investigation earlier this month.

"Over the last several weeks, the Manhattan District Attorney’s investigation into former President Donald Trump has appeared to be unraveling, with the two top prosecutors on the case resigning over the lack of charges and the DA feeling so attacked over the lack of movement that he issued a statement Thursday saying an indictment against Trump could still come," The Beast reported. "But inside the DA’s office, the inertia and frustration over Trump potentially avoiding culpability looks worse than ever before."

The Beast's sources did not expect Trump to be indicted in Manhattan.

"Yet another prosecutor appears to have been pulled back from the case, according to knowledgeable sources who say it could be further proof of the probe’s failure," The Beast reported. "And sources now seem to think Trump dodging an indictment is inevitable."

Today24.pro
Why are eating disorders so hard to treat? - Anees Bahji The 2022 Audi S3 Is a Fun Sport Sedan that Rivals the Golf R #1 Backyard Weed That Can Replace ALL Your Medications The ONLY 3 Upper Body Exercises You Need for Mass