NICOLE Scherzinger has managed to turn up the heat in a desert after donning a pair of tiny shorts.

The former Pussycat Dolls star, 43, posed for a sizzling snap while crouching on the rough and dusty terrain in California.

Nicole teamed her denim Daisy Dukes with a simple grey crop-top, ditched her shoes for the shot and flashed a black mani-pedi.

Keeping the heat off with a khaki hat, the singer gazed at the camera with her long, dark hair loose around her shoulders.

Sharing the picture on Instagram, she wrote: “When your desires are strong enough, you will appear to possess superhuman powers to
achieve.”

Commenting on the photograph, one fan said: “You’re so fantastic, you look amazing!” 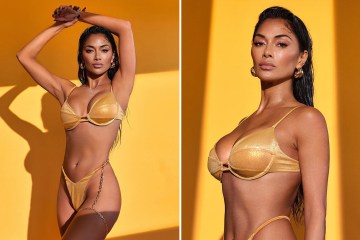 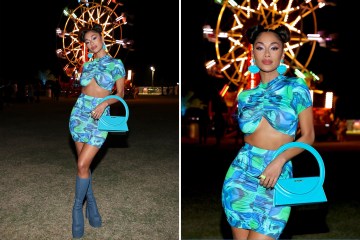 Another added: “You’re so effortlessly beautiful!”

Nicole is currently enjoying a visit to Joshua Tree National Park, which is located in southern California.

The former X Factor judge has never been to the Park before and was initially wary, as her Zodiac sign is Cancer.

After arriving in the desert, Nicole admitted: “First time to Joshua Tree, as a cancer I’m drawn to the water but I’m so ready for this desert magic

It seems Nicole has stayed true to her word and has embraced the hot and arid landscape.

She has also shared snaps and a fun video of herself dancing through a huge wooden frame and stage that have both been plonked on the sand.

The singer, who is set to release new music for the first time in eight years, mused: “A stage in the middle of the desert, are you kidding me!?”

Today24.pro
The ONLY 3 Upper Body Exercises You Need for Mass Love Island villa in Majorca takes shape with huge pool and firepit spotted ahead of show launch #1 Backyard Weed That Can Replace ALL Your Medications State schedule for area high school teams