JAKE PAUL has sensationally hit out at Tommy and John Fury – but saved praise for Tyson.

Paul exchanged verbals with the entire Fury family last year ahead of an expected celebrity grudge match against Tommy.

That was until the 2019 Love Island star pulled out with a broken rib and chest infection.

It has kept the family feuding alive with dad John on the end of a recent rant by Paul.

He told SecondsOut: “No one can beat me, so how is this 22-year-old delusional kid who thinks he’s his brother, you know. 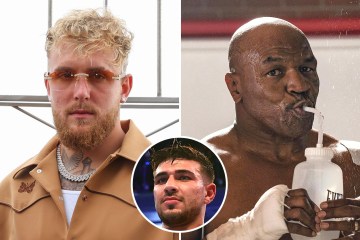 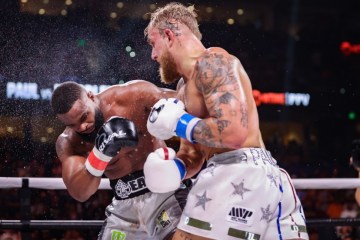 THINK OUTSIDE THE BOX

“His dad was a s***y fighter, not that many people know but you can go type in John Fury getting knocked out multiple times, it’s all over YouTube.”

John, who retired with an 8-4-1 record was knocked out twice in his career, with both times being shown on Paul’s Instagram story.

Fury, 22, returned to the ring on the undercard of Tyson’s knockout over Dillian Whyte, 34, at Wembley.

But Paul, 25, was left unimpressed with his rival’s dominant points win over Polish light-heavyweight Daniel Bocianski, 27.

He said to Boxing Social: “It wasn’t much of a performance, he fought a guy that couldn’t fight. The guy looked like an idiot in there.

“He couldn’t punch, couldn’t move, could barely walk around the ring.

“I don’t think the guy landed a punch to Tommy Fury’s face, pretty embarrassing for both of them.

“It just looked like two people who didn’t know how to dance, got put in front of Wembley Stadium.

“Tommy Fury is an easy fight for me. I was hoping he was going to get a knockout to build the hype but that didn’t hype.”