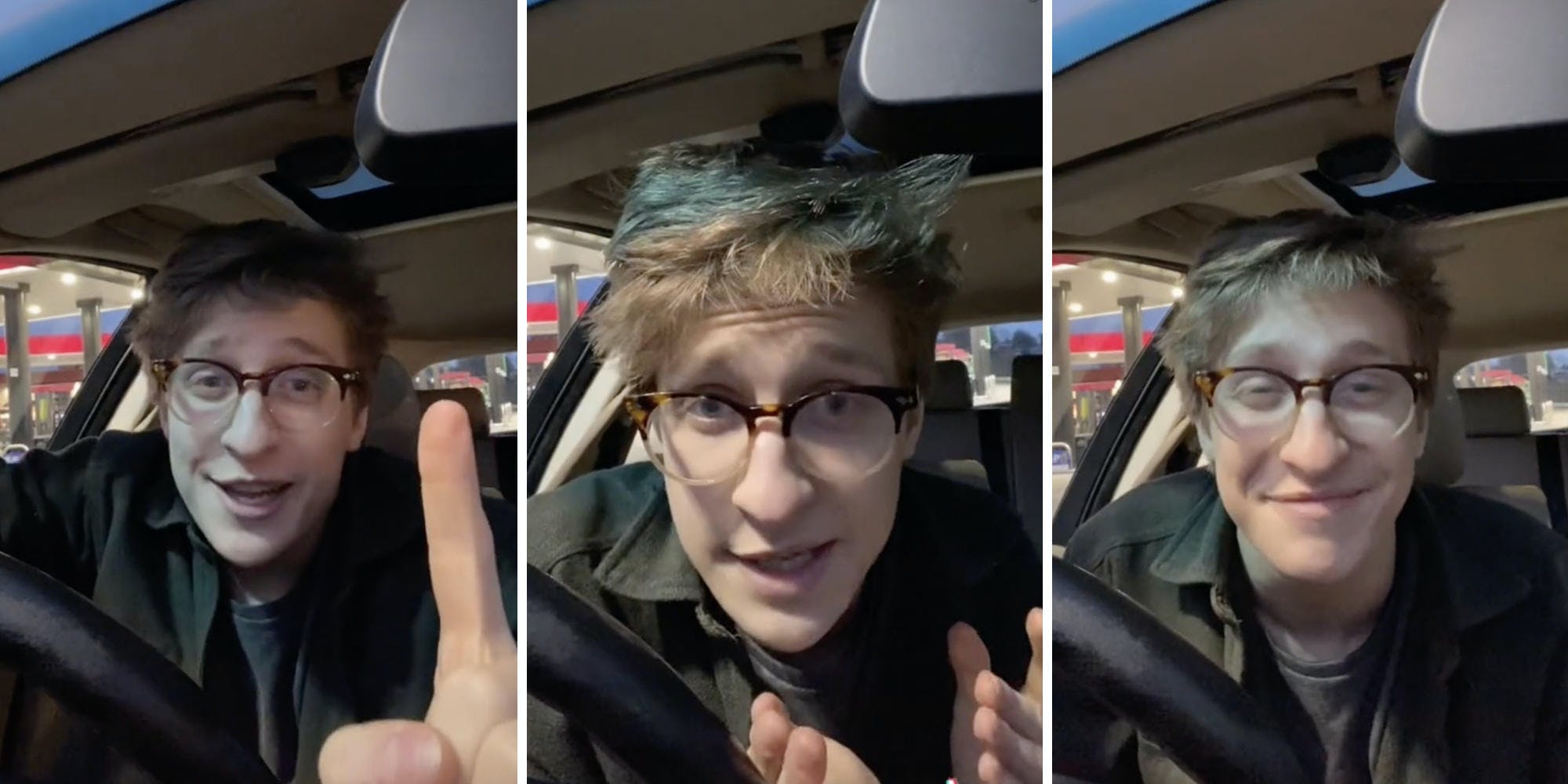 A gas station employee on TikTok shares that he always gets a kick out of carding police officers whenever they come in for cigarettes or chewing tobacco.

In the video, TikToker Andrew Bilinsky (@newandrewvill) tells of the elation he gets from asking cops for their ID.

“I want to tell you guys about something that makes me happier than I can describe,” Bilinsky begins in the video. He then says that whenever police officers come in for cigarettes or chewing tobacco, Bilinksy makes sure to card them. “And I always do it in a stern voice,” he continues.

“I’m going to need to see some ID,” Bilinsky mimics in a deep voice, his expression serious.

“Oh, it makes me feel so good for like two seconds. I almost understand the power trip they get every single time they do that to somebody,” Bilinsky says. According to the TikToker, the funniest part is that each time the officers are asked for their ID, they are reluctant to oblige.

“They’re like, ‘seriously, I have to show my ID?’ And I’m like, ‘Yeah,’ and I smile really big,” Bilinsky continues in the video. “And then I shoo them on their way, goodbye, back into the night. Go waste our tax money some more.”

Bilinsky posted his TikTok on April 17, and it amassed more than 440,000 views. Many viewers had suggestions for Bilinsky.

“No one’s above the law, am I right, officer?” another user wrote.

“Be over the top with it next time. Check it under the light, tilt the card, hold it up next to their face. Anything to waste their time,” another viewer suggested, to which Bilinsky replied, “excellent idea.”

The Daily Dot has reached out to Bilinsky via Instagram direct message for this story.

Which cup is better to open a coffee shop

Today24.pro
State schedule for area high school teams #1 Backyard Weed That Can Replace ALL Your Medications The ONLY 3 Upper Body Exercises You Need for Mass Love Island villa in Majorca takes shape with huge pool and firepit spotted ahead of show launch