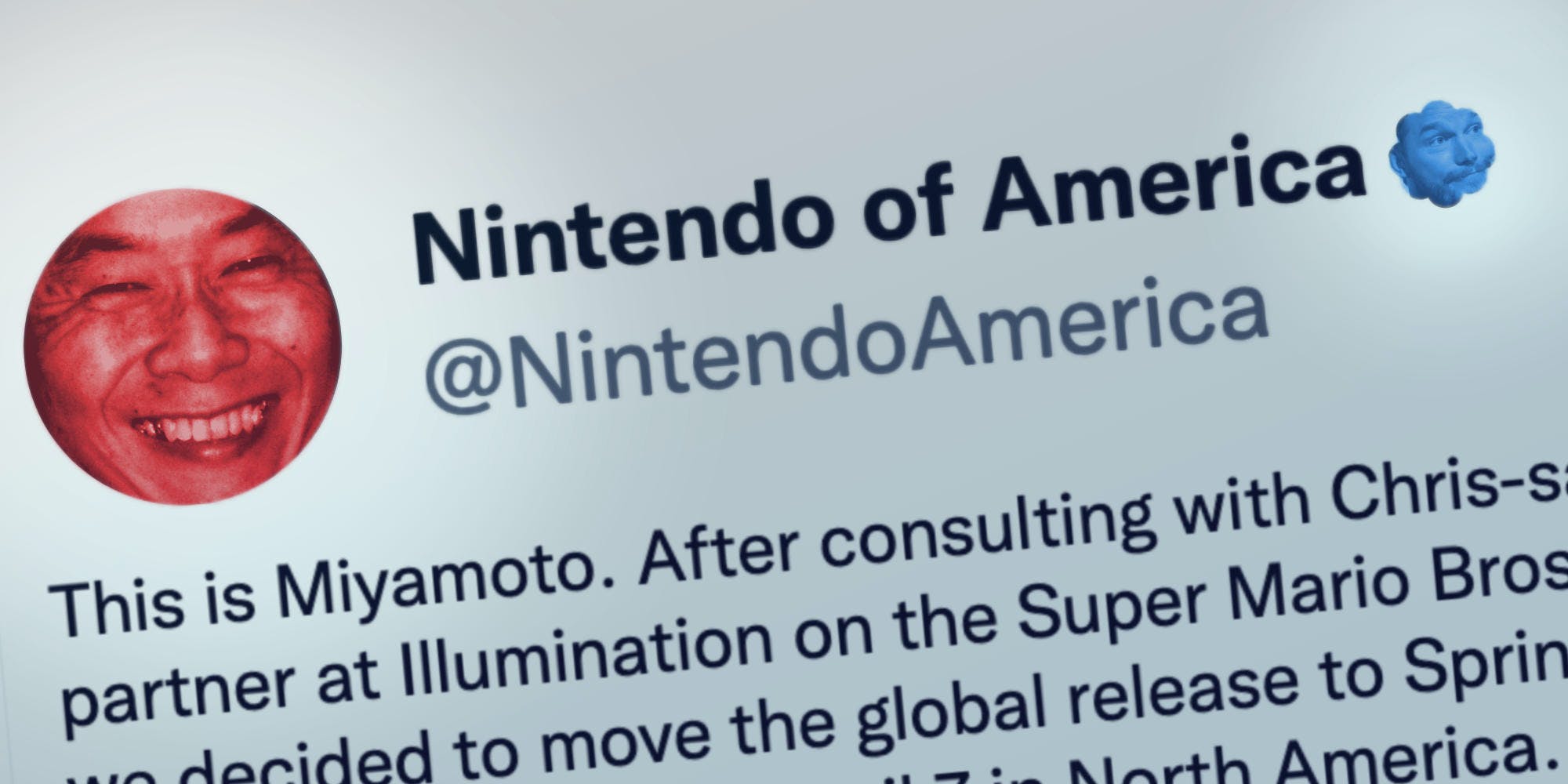 Movie release dates are pushed up, pushed back, or removed from schedules all the time for a wide variety of reasons, but only Nintendo’s announcement about the animated Super Mario Bros. movie it’s making with Illumination could inspire a copypasta meme.

Earlier this week, Nintendo’s game director Shigeru Miyamoto took to Nintendo’s official channels to announce that Super Mario Bros.—which controversially has Chris Pratt voicing Nintendo’s most famous character—would be pushed back four months from its original Dec. 21 release date. As Deadline reported, the delay seems to be more of a strategic move in terms of when it’s releasing the film.

“This is Miyamoto,” he said. “After consulting with [Chris Meledandri], my partner at Illumination on the Super Mario Bros. film, we decided to move the global release to Spring 2023–April 28 in Japan and April 7 in North America. My deepest apologies but I promise it will be well worth the wait.”

It’s a more personal statement than we’re used to seeing when it comes to something like a delay.

It initially led some people to question whether or not the statement was real at first, even though it came from Nintendo’s official English-language Twitter account.

What else could people imagine Miyamoto kicking off a statement by introducing himself with? Just about anything from a SpongeBob reference to referencing other Nintendo properties.

And, of course, there were Chris Pratt jokes.

“‘This is Miyamoto’ one of the funniest ways I’ve ever seen a tweet start,” @JeremyMonjo tweeted. “This website’s going to be fine...”

The post ‘This is Miyamoto’ becomes copypasta meme after the delay of Chris Pratt’s ‘Super Mario Bros.’ appeared first on The Daily Dot.