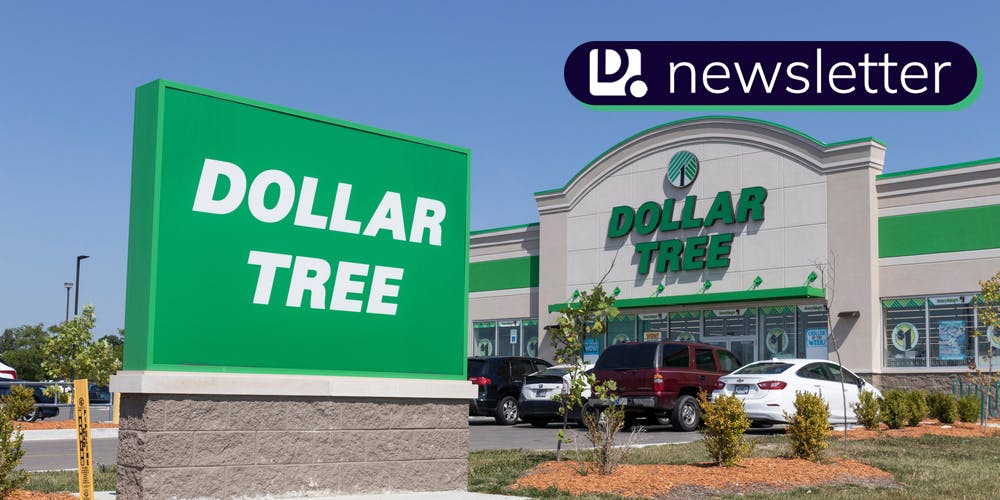 Sign up to receive Internet Insider, a daily newsletter from the Daily Dot, in your inbox.

Happy Wednesday! Today's top stories continue to be Elon Musk-centric, as you'd probably guess. Besides that, a Dollar Tree manager's attempt to hire "Baby Boomers only" has gone viral, so we dig into that.

Besides that, we've got our weekly "Now Streaming" column from Michelle Jaworski.

That's a lot to get through, so let's dive in!

DELETE?: As the aftermath of Elon Musk's purchase of Twitter continues to unfold, our Culture Reporter Gavia looked into how some users are noticing a significant drop in their follower counts. Does this mean people are already leaving Twitter in reaction to Musk, or is it just a coincidence?

PRETEND: Fox News host Tucker Carlson was temporarily suspended in March for misgendering the assistant secretary of Health and Human Services. In protest, Carlson did not delete the tweet and stopped using his account. Now he's using Elon Musk's deal to buy Twitter as cover to return to the platform. You can read all of our report here.

OK, BOOMER: A Dollar Tree manager in Indiana was reportedly fired after putting up a handwritten sign saying the store was hiring "Baby Boomers only" and dissed Gen Z for not knowing "what work actually means." People online reacted the way you'd expect, for example: "They only want ppl who are desperate and too tired to fight for anything other than poverty wages." Check out our full report here.

Heartstopper, Netflix’s new queer coming-of-age series based on Alice Oseman’s popular webcomic, is basically a full embodiment of the

Centered around Nick (Kit Connor) and Charlie (Joe Locke), two teen boys at a British all-boys’ school who meet, navigate the overwhelming natures of high school crushes and early romance, and start to date each other. It’s a thoughtful depiction of young love and self-discovery.

Early scenes between Charlie and Nick embrace the kind of euphoria that comes with the thrill of a new crush; you see them waiting with baited breath for each new message they send to each other’s Instagram DMs. For me, it hits a similar chord as Our Flag Means Death, another show that embraces its queerness wholeheartedly.

Heartstopper is a journey about self-discovery, but it’s not Charlie’s we see; he’s openly gay from the off-set and his character growth comes from other aspects. It’s Nick, who befriends and falls for Charlie after being paired together in an early morning form, and attempts to figure out what that means for him.

For Nick, it involves lots of Googling, a couple of quizzes, watching YouTube videos from vloggers talking about something like bisexuality, and even opening up to other friends of his who are already out. The characters are adamant that figuring yourself out, and then choosing to reveal that part of yourself to your loved ones, takes time, and that Nick or anyone else doesn’t have to adhere to a specific schedule or have to make a big fuss out of it if they don’t want to.

The show’s queer representation goes beyond its main duo. Among Charlie’s main friend group is Elle (Yasmin Finney), a trans girl who transferred over to the neighboring all-girls’ school. We see her navigate the early start of a crush on her best friend Tao (William Gao)—a crush that’s hinted to be reciprocated—and befriend Tara (Corrina Brown) and Darcy (Kizzy Edgell), a lesbian couple who navigate new territory when they take their relationship to the next level (becoming Instagram official, which is basically akin to a school-wide coming out for them).

It doesn’t shy away from some of the harsh realities of being queer today, but it’s never the biggest part of the show, and it’s never the source of conflict among the main characters. Nobody ever questions how long Nick might need to figure out his sexuality, and Charlie doesn’t give him a timeframe of when he needs to come out.

These queer characters are able to exist as they are, an idea that is becoming much more radical (even though it shouldn’t be) as anti-LGBTQ+ legislation from Republicans gets passed in more states and anti-trans rhetoric is rampant, especially in the U.K., where Heartstopper is set.

Every episode was written by Oseman, and as fans on Twitter pointed out, many of the scenes—both from a visual and dialogue standpoint—are directly from her comic. But the comic also influenced the show’s look: Many of the show’s scenes are split into panels, and small bits of animated artwork, such as the sparks and fireworks that start to go off when Nick’s hand hovers near Charlie’s in an early episode. With a killer soundtrack—a needle-drop set to CHVRCHES’ “Clearest Blue” in episode 3 is a particular emotional highlight—and a great supporting cast.

Oh, and it also co-stars Oscar winner Olivia Colman as Nick’s mother, who shows her son nothing but support when he eventually tells her about Charlie, in a scene that’s already helping people to come out to their families.

The series dropped on Netflix last week, and so far it’s had a strong debut. It has a 100% rating on Rotten Tomatoes, is one of the most-talked about shows on Twitter, and on Tuesday, Netflix announced that Heartstopper debuted with 14.55 million hours viewed; it currently ranks at no. 10 in Netflix’s list of top TV shows.

But amid Netflix’s recent financial woes and a push to scale back that includes canceling beloved and critically acclaimed series like The Baby-Sitters Club, acclaim and an initial outpour of support no longer guarantees a renewal.

I hope Heartstopper gets another season to explore more of these characters’ lives, but in the meantime, I’ve got a lengthy webcomic to dive into.

Like what you are reading? Sign up to receive Internet Insider, a daily newsletter from the Daily Dot, in your inbox each morning.

Sparkling water made for beer lovers

Meet the healthy alternative to beer: HOP WTR. This nootropics-enhanced sparkling hop water is non-alcoholic, calorie-free, carb-free, and sugar-free, so you’ll get all of the taste and feel of a beer—without any of the negative effects. Grab a 6-pack today and get 20% off with code DAILYDOT.

Here are some key dispatches from across the 'net.

🧾 What is an "honest to goodness fee?" Well, a video showing the fee added to a receipt from a Canadian restaurant has gone viral, with 1.2 million people watching it.

📦 A TikToker claims that an Amazon worker went inside her house to deliver a package while she was home and asleep.

🕷️ A homophobic joke from the 2002 Spider-Man film was removed from an airing in the United Kingdom after years of memes and controversy.

🦐 In a viral video, a woman claims she found a discarded crawfish on the floor at a Texas-based grocery store, and was told she could keep it. So she said she brought it home and raised it.

🥝 The Paper Pat shares how he balances social media work with his day job as a teacher. Want more stories like this? Sign up for Passionfruit, the Daily Dot's weekly creator economy newsletter, for more coverage.

💾 A woman says she was fired from Best Buy after posting on TikTok about wanting to quit, and now she's working across the street at a competing company.

🚼 What you need to know about the little conception device that’s making it easier to get pregnant.*

😳 A man says in a viral video that his three roommates pranked him by setting up a fake job interview for an engineering internship.

📱 If there is one word that sums up the Trump years, it’s disinformation. With “The Trump Disinformation Project,” the Daily Dot takes you behind the scenes with nine different stories that expose how disinformation was weaponized.

*The Daily Dot may receive a commission in connection with purchases of products or services featured here.

Everyone's got stories about a bad landlord... and this probably sounds familiar. In a viral TikTok video, a college student shows what appears to be black mold growing in her apartment, adding that her landlord painted over it before finally addressing the issue.

Passenger dies aboard four-hour flight in the US