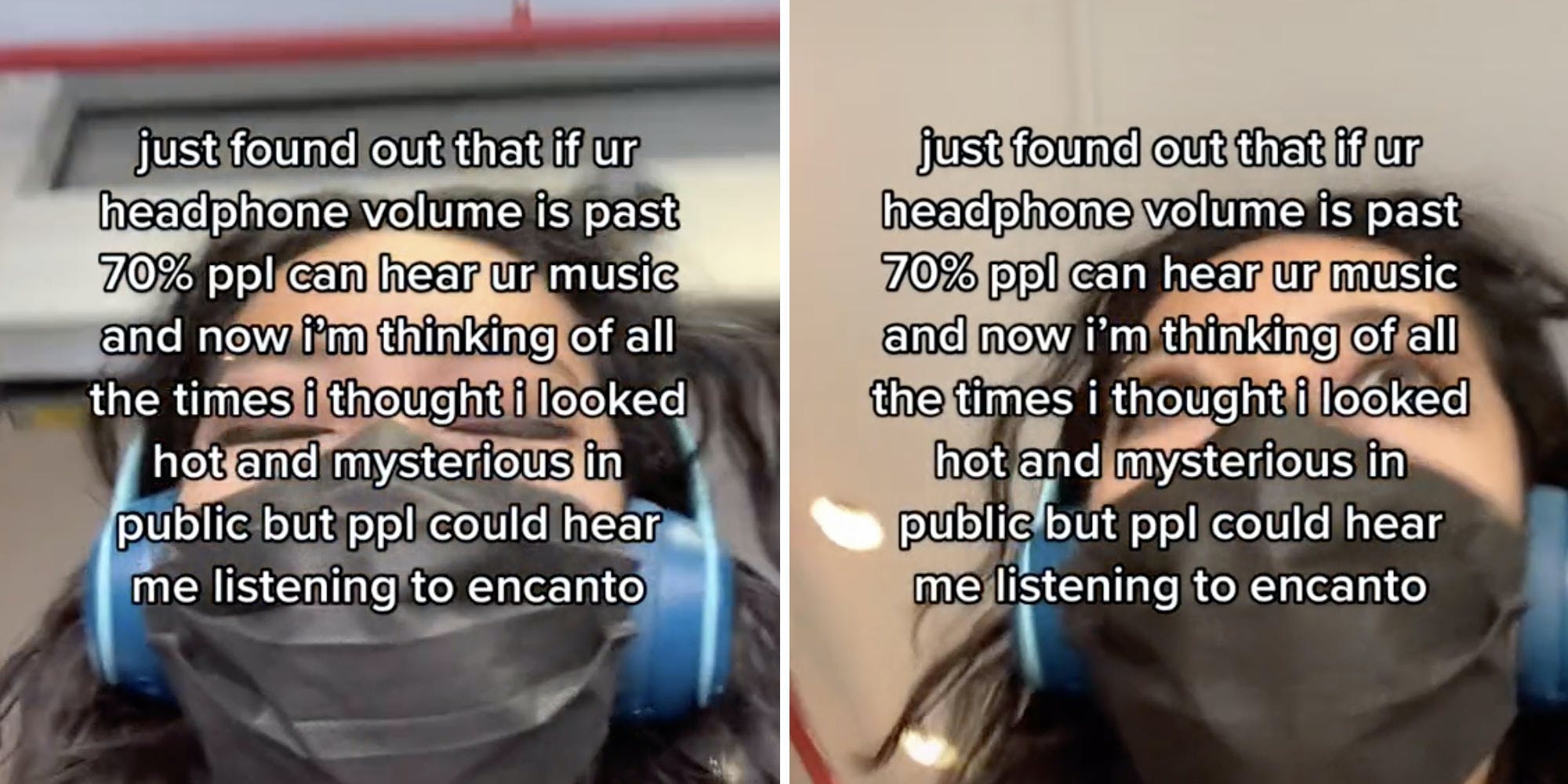 In a viral video, a TikToker shares she discovered headphones leak music when at a certain volume. User Lauren Lee posted a TikTok in which she relays her horror at finding out people could hear what she was listening to.

“Just found out that if ur headphone volume is past 70% ppl can hear ur music and now I’m thinking of all the times I thought I looked hot and mysterious in public but ppl could hear me listening to encanto,” Lee wrote in the overlay text.

“Dumb b!tch tok,” she added in the caption.

Lee told the Daily Dot she found out her headphones were bleeding audio when her tech-savvy friend told her.

“I could always kinda hear [the sound] sometimes like if I took my earbuds that had wires on them that they would bleed a little,” she said via Instagram message. “But I was like, if it’s in my ear it should be fine.” Her friend told her that’s not the case. According to him, she said all headphones and earphones bleed when at a volume higher than 70%.

Headphone sound leakage, also known as sound bleed, can actually be caused by a variety of factors. According to the online resource Headphonesty, sound bleed can be caused by the headphone driver size. The smaller the driver, the less sound leakage will occur. The headphones' design can also affect how much sound bleeds out into the open. The type of transducer, which are responsible for taking energy and converting it into another form of energy, reportedly also plays a role.

In the TikTok, Lee wears Beats headphones. However, she told the Daily Dot she often switches out her earphones depending on the weather. When it's cold, she opts for over-ear headphones to keep her ears warm.

When asked what she did upon learning everyone around her could hear her bopping to “We don’t talk about Bruno,” Encanto’s hit song, Lee said she embraced her music choices.

“I was like ah how awkward for me,” she told the Daily Dot. “But unfortunately I like what I like so if I'm the enjoying the song I'm kind of in my own world with it…I take public transit on the subway and I really don't think out of all the crazy people out there that anybody is mad about my Encanto music. Hopefully.”

The post ‘I thought I looked hot and mysterious in public but ppl could hear me listening to Encanto’: People are discovering headphones bleed out at certain volume appeared first on The Daily Dot.

The five factors that will decide Monaco’s F1 fate