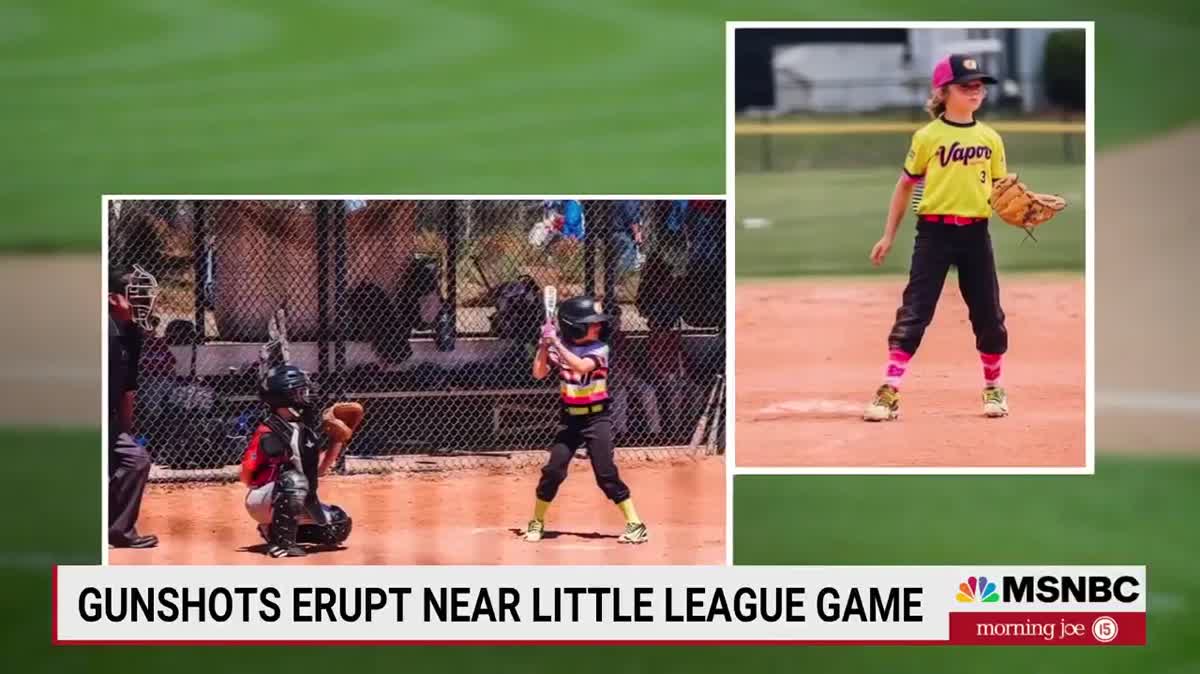 Just horrible. How much longer can this go on? Morning Joe looks at this infuriating story:

"Officials in Charleston are offering a $10,000 reward for any information leading to an arrest in a shooting incident on Monday near a Little League game. It comes as new data reveals guns killed more kids in 2020 than any other cause of death. NBC's Kerry Sanders reports," Mika Brzezinski said.

"Monday night at the Pepper Hill Park baseball field in Charleston, South Carolina, moments of terror. A hail of gunfire nearby sending frightened little leaguers and their parents scrambling for cover," Sanders said.

All of a sudden, I just hear boom boom, like two fireworks going off. and then literally two seconds later, it was like the Fourth of July out there.

I just got down and listened to my coach, and I heard bullets at the fence.

"Blake and Laurie Ferguson and their four kids are at the baseball field nearly every day. Their 8-year-old son Silas was on the mound."

I heard my coach say 'get down, get down,' so I just got down. And I was really scared, scary.

"A nearby fight carrying over to the park. Authorities say dozens of shots were fired, damaging cars and causing panic on the field, leaving families and kids traumatized."

Today24.pro
Love Island villa in Majorca takes shape with huge pool and firepit spotted ahead of show launch State schedule for area high school teams The ONLY 3 Upper Body Exercises You Need for Mass #1 Backyard Weed That Can Replace ALL Your Medications