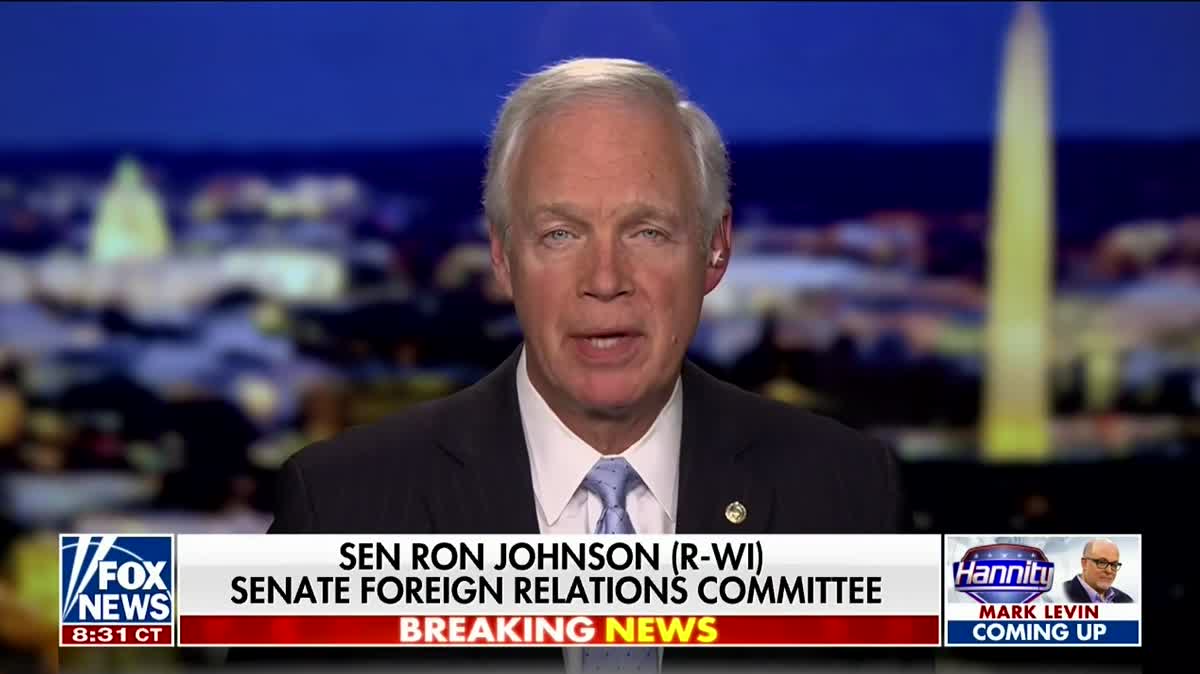 Ron insisted, and we are not making this up, that he's the only person capable of investigating Hunter Biden.

Then he used Hannity's program to beg for campaign contributions. What a grifter.

Fox News has continually focused on anti-Biden conspiracy theories instead of actual news of the day, like Kevin McCarthy's recordings and Mark Meadow's text messages.

Hannity attacked Hunter Biden as usual and then became was upset that "outside groups" are spending money against his pal, the alleged Russian asset masquerading as a senator from Wisconsin.

Fun Fact: Fox News is the ultimate "outside group" for the Republican Party. Every single segment is an in-kind contribution to the GOP.

"I am supporting your re-election, you've done a great job for the people of Wisconsin." Hannity then feigned outrage that left-leaning groups are trying to oust Johnson and used his show to pimp Johnson's political ambitions like a WinRed carnival barker.

Johnson replied, "So far been outspent 19.3 million to 5 million and I don't even have a Democratic opponent."

"But what I have is the media, they been trying to take me out for the last 18 months. I'm going to need a lot of help. [He then stated his website URL, which gets zero linky-love here.] If you want me to continue to pursue these investigations I'll need that financial help. Again, [website]," Johnson demanded

[OPINION] The Department of Finance must stop taxing the masses and middle class more!

Flights diverted to Ghana, others over Lagos runway repairs delay