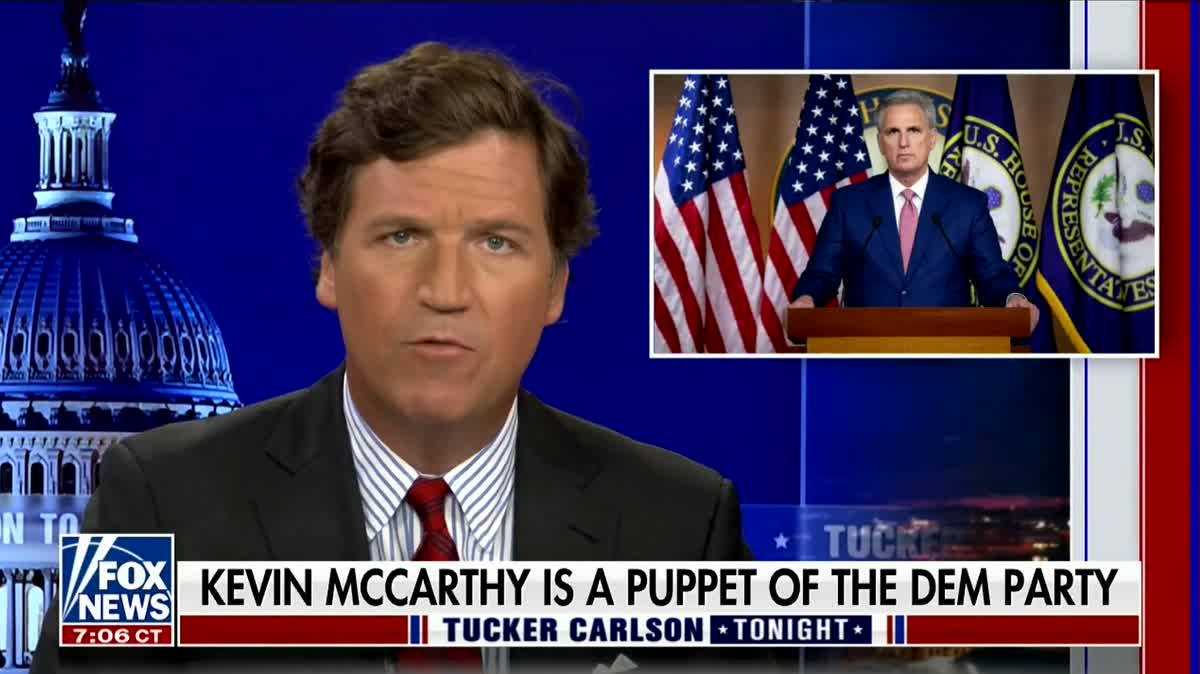 Republicans are in a glorious rapture that Elon Musk bought Twitter, attacking anyone that isn't thrilled with his taking over the company.

During his opening segment, Carlson was claiming that right-wing voices are being censored and shadowbanned by Big Tech, but then he reversed course and claimed Republican members in Congress also support wingnut censorship as well.

New audio played on CNN from Kevin McCarthy and other Republicans admitted they were furious after the January 6 insurrection, which is leading to the QAnon meltdown.

It appears Tuckems is alluding to complaints McCarthy had about Matt Gaetz, Louie Gohmert, and Mo Brooks, who were continuing to tweet violent and racist rhetoric after January 6.

(Carlson whined that Trump had already been silenced by big tech, although we see Trump all over the place...)