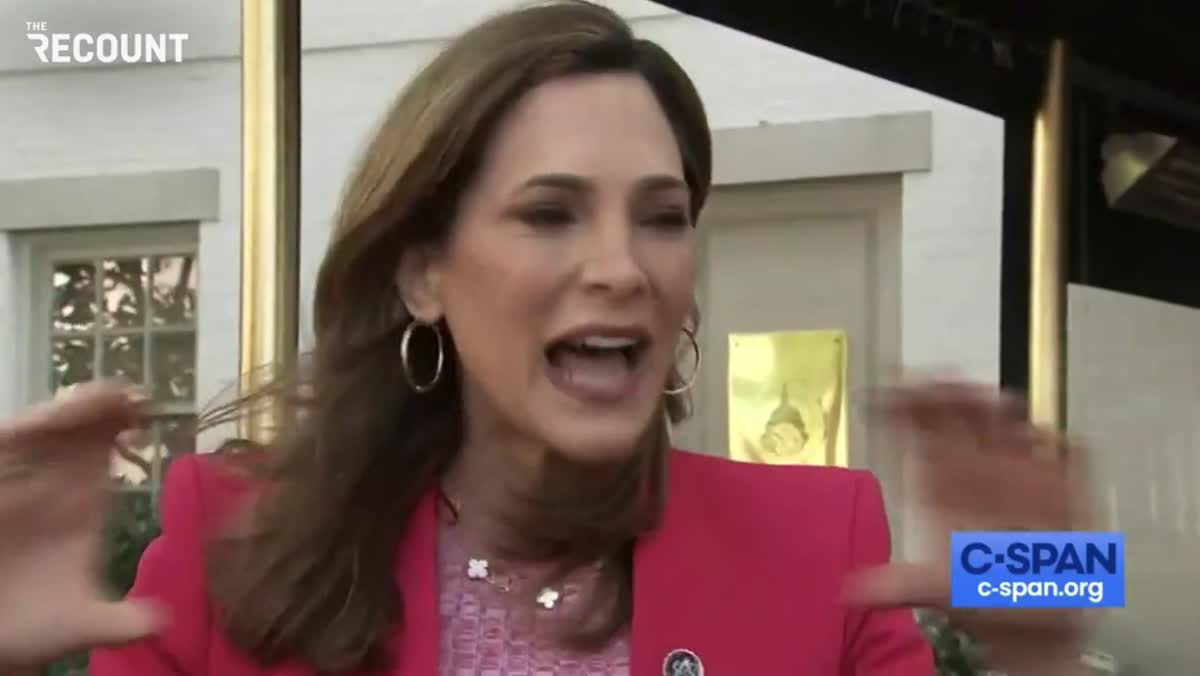 Well, this is embarrassing. CSpan via The Recount tweets video of Representative Maria Salazar waving her manicure furiously as she pleads with the camera to move on from the Republican Riot of January 6 in general, and Republican leader Kevin McCarthy's LIES about it revealed this week.

Her response is sadly predictable. Make excuses and blame the media. "People change their minds, things happen ... Why don’t we move forward?"

And then she lies.

Rep. Maria Salazar (R-FL), when asked if she listened to the leaked recordings of House Minority Leader Kevin McCarthy:

“It was edited. You see, I know the art of editing … History will judge the news organizations 100 years from now.” pic.twitter.com/8p5EnzfxP0

A representative from the party that's still whining about Confederate monuments and spent seven million taxpayer dollars on Benghazi investigations wants to "move on" from a violent insurrection that we all watched on TV.

Queen of gaslighting says what?

Boaters attempt to stop the spread of aquatic invasive species