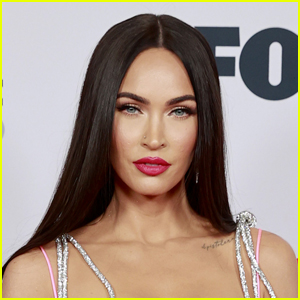 Megan Fox is sharing her thoughts on motherhood.

The 35-year-old Jennifer’s Body star, who’s a mom to Noah, 9, Bodhi, 8, and Journey, 5, with ex-husband Brian Austin Green, opened up about supporting her children’s gender expression in a new interview.

“My kid is so brave, my child is so brave and I know that they’ve chosen this journey for a reason,” the actress said in her Glamour UK cover story, published on Tuesday, April 26. “It’s just hard as a mom.”

She went on to say that 9-year-old Noah “suffers,” admitting: “I have a lot of worries about that because I just wish that humanity was not like this.”

Megan said that when Noah started wearing dresses as a toddler, she began reading books “address[ing] a full spectrum of” gender identity.

“Some of the books are written by transgender children. Some of the books are just about how you can be a boy and wear a dress; you can express yourself through your clothing however you want,” she told the mag. “And that doesn’t even have to have anything to do with your sexuality. So from the time they were very young, I’ve incorporated those things into their daily lives so that nobody feels like they are weird or strange or different.”

While Megan said she “can’t control the way other people react” to Noah, she’s incredibly “proud” of her child.

“Noah is an unbelievable pianist. He can learn Mozart’s concerto in an hour,” she shared. “I want people to see that, but I also don’t want the world to have access to this gentle soul and say all the things that we all know they’re going to say.”

Earlier this week, Megan cleared up some rumors about her relationship with Machine Gun Kelly.