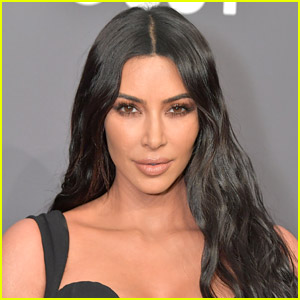 Kim Kardashian is owning up to one photoshop fail, while shutting down another.

If you missed it, Khloe Kardashian was recently caught in a big lie when she told fans she had brought True to Disneyland for the first time for her April 2022 birthday. However, fans noted that True was in some photos with Chicago West at Disneyland in 2021. It came out that True was photoshopped into a photo (replacing Kylie Jenner‘s daughter Stormi in the pic).

Now, Kim is owning up to it.

“OK OK soooo you know I am all about my aesthetic,” Kim wrote on her Instagram Story. “And my IG grid is pink and blue lately. Isn’t it so cute?”

“The original pics were Stormi! However I asked @kyliejenner if I could post them and she said she wasn’t really feeling posting at the moment and so I respect that! But it wasn’t going to mess up my IG feed. Chi was wearing pink and it matched perfectly,” she said. “It wasn’t the aesthetic I was going for, and I can own up to that! You know how much a good aesthetic means to my soul. And I will be damned if Kylie will ruin that for me and mess up my IG grid. … I didn’t think it would be that big of a deal if her own mom questioned if I snuck her to Disneyland for the first time.”

You can see the photoshopped pics of True and Chicago in the gallery of this post.

In addition, Kim also called out a rumor that she had photoshopped Pete‘s jawline and nose in another photo.

As proof, Kim posted the original iPhone photo (which is a live photo) to show that it wasn’t photoshopped.

Today24.pro
#1 Backyard Weed That Can Replace ALL Your Medications The 2022 Audi S3 Is a Fun Sport Sedan that Rivals the Golf R Why are eating disorders so hard to treat? - Anees Bahji The ONLY 3 Upper Body Exercises You Need for Mass