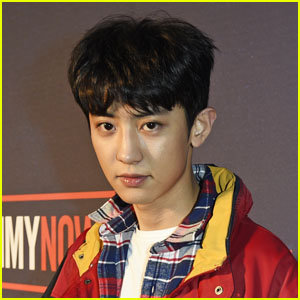 Chanyeol is the subject of recent headlines, and his agency SM Entertainment is clearing up reports.

The entertainment company issued a statement following reports that the 29-year-old member of EXO acted rudely towards a female influencer.
Click inside to read more…
Earlier in the week, Channel S’s Real Granny featured a female biker and YouTuber who claimed she was threatened by a famous idol while driving.

“One time, I was driving a small scooter on the way to work, and a foreign car was intentionally driving in a threatening manner. I sensed danger, so I avoided the car, [but the driver] suddenly made a rude gesture with his finger,” she said via Soompi.

“I chased after the driver, and I approached the foreign car that was on standby at a traffic light to knock on the window and ask, ‘Why did you curse at me?’ When I did that, the driver pushed down his hood and only continued to curse at me with his finger. However, I realized he was a very famous idol.”

Rumors began to swirl online that the famous idol was Chanyeol, to which SM Entertainment spoke out on Wednesday (April 27).

“The figure within the relevant video is not Chanyeol. The vehicle is completely different from the car owned by Chanyeol. We will take strong legal action against the spread of false information,” the agency said.

Chanyeol is currently serving as an active duty soldier in the South Korean army as of March of 2021. Years ago, he set a social media record.