BLAC Chyna went underwear-free in a tight two-piece catsuit amid her $100million lawsuit against the Kardashians.

The model has been battling the famous family in court after she accused them of ruining her TV career.

Now Blac Chyna, 33, has taken to Instagram to show off her figure despite the stresses of the trial.

In a sexy video compilation shared to her feed, the reality star posed in snakeskin leggings and a matching bra top.

The TV personality ditched her underwear in the pants that featured a cutout section on the hip tied up with black laces.

Chyna then moved the camera down to show off her curves before ending the clip with a selfie of her face. 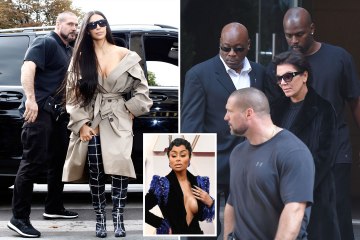 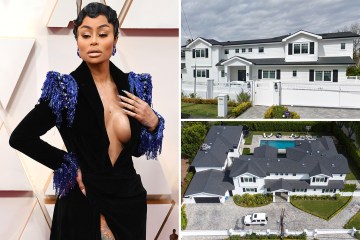 The mother of two wore her hair in a blonde bob and stunned in full-glam makeup.

Later she posed on a staircase to show more of the look, and captioned her post: “Get the hottest looks @blacchynacloset (Small-Large) Spring / Summer is here ladies.”

The E! star has claimed that Kris, Khloe, Kim, and Kylie fought to get the Rob & Chyna spinoff show canceled by the network, which they all have denied, saying they only voiced their concerns about the couple’s “toxic” relationship.

Eyewitnesses in court told The Sun that the family appears to have been afforded privileges the average defendant does not receive, with some insiders insisting the measures are for their “safety.”

They said: “Kris, Khloe, Kim, and Kylie have all been given special treatment during the trial to avoid them being approached by fans in the courthouse.

“Every day they arrive with two or three of their bodyguards and during each break and lunch, they are escorted into a private room used mostly by officers from the Los Angeles Sheriff’s Department.

“You sometimes see their bodyguards in the cafeteria but you certainly don’t see the Kardashians lining up at lunch.”

The witness added: “At the end of each day they are ushered into another private room flanked by officers and their burly security team and head out of a secret exit used by employees to avoid being photographed.”

Another source revealed they do not park all day in the staff-only parking lot, but instead get picked up and dropped off by their drivers who are given special access.

The eyewitness also claimed that Chyna has been allowed to use a separate smaller private room during breaks and lunch, but she does not bring security with her.

“She walks the halls with a male companion who often carries her handbag,” the source said. “And she has used the public entrance and exit, and has often been photographed outside.”

The Sun has contacted a rep for The Kardashians for comment.

Jury selection began last Monday and the trial is expected to last several more days, with the origins of the lawsuit stretching back to 2017.

Rob & Chyna starred in the Keeping Up With The Kardashians spin-off for one season in 2016, before their relationship and hers with the entire family soured.

The second season was allegedly being shot when the two split after a reportedly violent argument, but was scrapped and never aired on the network.