APPLE’s is fresh off the release of the iPhone 13 but insiders are already chumming over the iPhone 14.

There are a litany of suspected changes to the phone’s physical design and internal bits.

The iPhone 13 dropped in September 2021 to rave reviews and solid but shrouded sales numbers.

Experts are predicting the disastrous sales performance of the iPhone 13 Mini will compel Apple to scrap the Mini from the iPhone 14 lineup.

9to5Mac noted that Apple might be steering consumers who want a smaller device toward the iPhone SE 3, which is currently staving off competition from the soon-to-be discontinued iPhone 11. 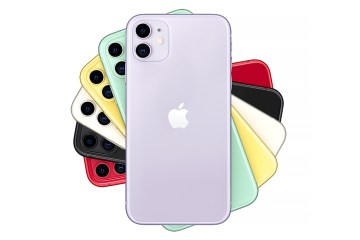 Externally, Apple is rumored to be reducing clutter from the screen for a more futuristic look.

Industry insider Ross Young tweeted in January that the new phone “will have a hole + pill design on the iPhone 14 Pro and Pro Max models.”

Young’s wording is deliberate – the sleek look will be reserved for the Pro models, while the notch that cuts into the touch screen’s surface area remains on other devices.

The exterior of the iPhone 14 and its family of devices aren’t the only aspects rumored to be facing changes – so are the phone’s eyes and guts.

Aliens may have created our universe in a secret space lab, expert claims

The iPhone 14’s camera will feature a 48MP camera sensor, which will come with an increase to the size of its lens and photocomputing power.

Lastly, the processor chip is expected to get an upgrade – but on a more limited timescale.

Apple said the A15 chip, which is in use inside the iPhone 13, is “+50% better than the next-best competitor” – experts think Apple will slide the A15 chip into the iPhone 14 with minor tweaks as opposed to introducing a new chip.

Apple typically releases a new iPhone every 12 to 16 months.

In the tech industry, promotional work and insider speculation starts long before the company makes an official statement.

Why the left loves white supremacists