JULIE Stoffer is best known for her role on The Real World: New Orleans, but what has she been up to now?

Currently, a mom of three and a Mormon, Julie has stepped away from the spotlight.

MTV’s The Real World focused on uniting people from different backgrounds and finding a common ground amongst them.

Julie appeared on The Real World: New Orleans, which was the ninth season of the series.

She was the oldest of nine children and moved around multiple times with her family-living in Ohio, Illinois, Virginia, and Wisconsin.

READ MORE WHERE ARE THEY NOWS? 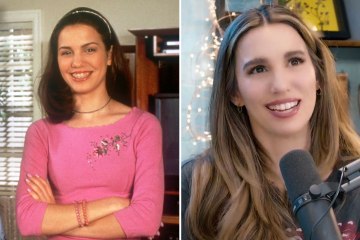 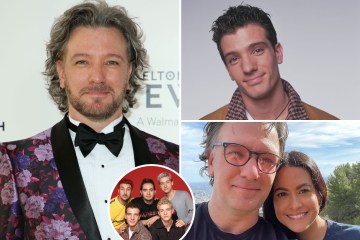 Julie was raised in a Mormon household and enjoyed activities such as skiing and playing the guitar.

She graduated from Kettle Moraine High School and then attended Brigham Young University (BYU), where he studied Business.

However, when Julie was 19, she read a story in her school newspaper that MTV was casting for a New Orleans season of The Real World.

The Mormon was not familiar with reality TV, but decided to audition on a whim, and was ultimately chosen from 35,000 applicants.

“When I went to L.A., it was just life-changing. I got out there, and I saw a whole new world that I’ve never seen before. I met some really cool people, and I realized if this experience could be this cool in a couple of days, imagine four months in a new place with new people,” she told Deseret News.

“I just wanted to meet new people, see new things, see what I wasn’t seeing in Provo. I saw so much. I learned so much in four months that I’ve never even known about,” Julie continued.

The casting directors of the show wanted a “faithful Mormon,” and decided to go with Julie.

After being cast on the show, her college dropped her in 2000 for honor code breaches relating to her participation in the program, which prohibits unmarried students from living in the same house with unrelated people of the opposite sex.

BYU gave her six days to appeal their ruling after they accused her of having sexual relations with her male housemates.

Because she was busy filming spinoff shows, Julie never filed an appeal and later shared on the show that she felt no respect for the school.

Most of her 20s were filled with reality shows, participating in TRW: New Orleans and Real World/Road Rules Rules Extreme Challenge.

During this time, Julie starred in Eminem’s Without Me music video as well as New Found Glory’s Hit or Miss video.

The reality star also made an appearance in the 2002 comedy film, The Singles Ward.

She also later co-hosted G4 Canada’s show, The Electric Playground, which took viewers behind the scenes of the video game industry.

After The Real World and traveling around the world, Julie settled in Los Angeles, and then Huntington Beach.

In 2002, she learned to play the drums, started a band, made a few albums, and toured around the US.

He attended Medical College of WI, where he finished his medical internship at the US Navy.

The couple then moved to Oceanside, CA.

However, Julie was soon accepted to the University of Connecticut and they traveled around before settling in the state.

Julie and Spencer moved to Europe for a few years, due to Spencer’s job, and they bought their first home together.

In 2008, Julie graduated with a degree in Health Sciences and a minor in Scientific Diving.

She then began diving at the Mystic Aquarium.

Also, that same year, Julie left The Church of Jesus Christ of Latter-day Saints with her husband, after realizing her beliefs were no longer aligned with the religion’s roots.

She experimented with some religions, including Paganism, but ultimately identified as an atheist.

After eight years on MTV, Julie decided to stop traveling and cost-hosting EP.

Her TV career came to an end as the couple decided to start a family.

One year, later her first child was born- a daughter named Evelyn.

The following year, Spencer was accepted to Yale for his Ophthalmology residency and they moved near the campus.

In 2011, Julie took a class at Yale, become the Yale Medical Partners president, got back into web design, and became “landlord extraordinaire,” or a property manager, for their Connecticut homes.

A year later, after finishing school, they moved to North Carolina.

He was born in their San Luis Obispo home.

WHERE SHE IS NOW

Julie continues to be a property manager, mother of three, wife, and an Atheist.

However, she did get back into reality TV.

This month, The Real World Homecoming: New Orleans aired on Paramount+, where Julie reunited with her old castmates.

Although she thought it would be really fun to dive back into the MTV world, she was very nervous.

In the first episode of the season, Julie mentioned how she had a falling out with two of her castmates, Melissa and Danny, after the original show in 2000.

She was seen running into Danny’s arm and apologizing.

They were supposed to go on speaking tours after the show was over.

Julie did, with Melissa and Danny, but apparently she or one of her reps started rumors about the other two.

Danny told her they’ll talk about it more while Melissa gave an icy hi.

Now, she’s speaking on podcasts and juggling mom life while dealing with the drama from her past.