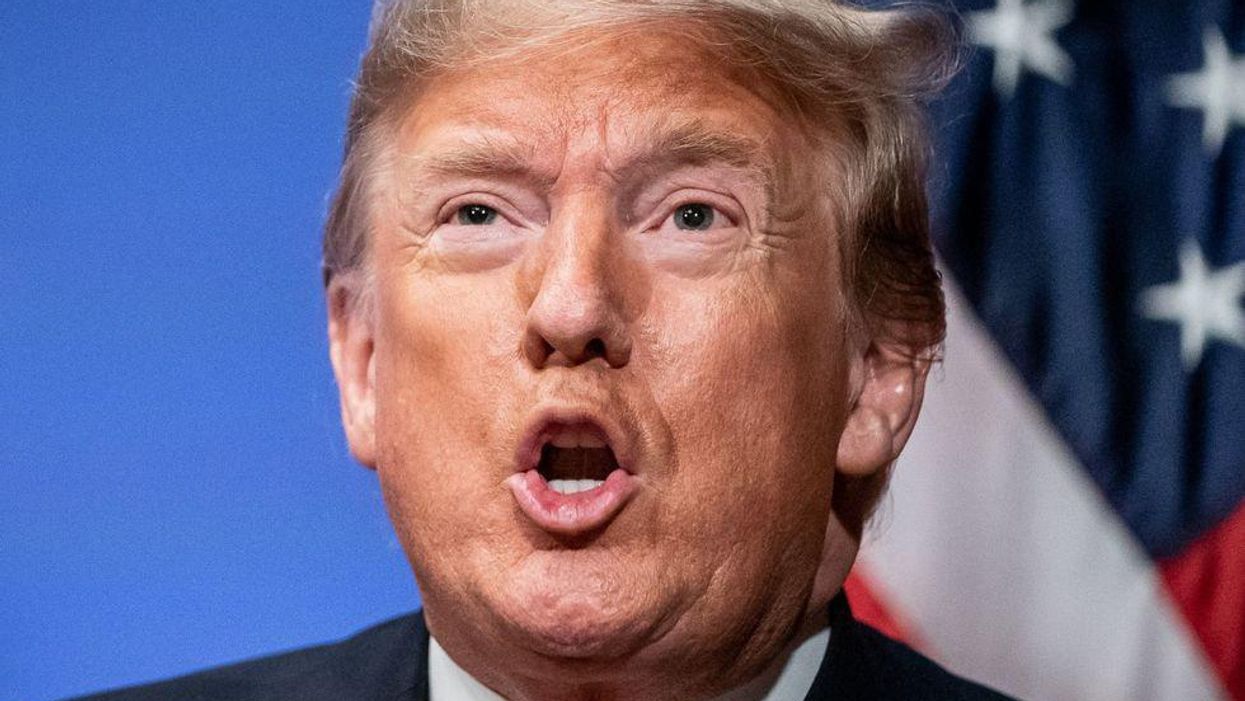 A former judge who advised then-Vice President Mike Pence on Jan 6. believes that Trump operatives are using the 2020 election as a "dry run" for stealing the presidency in 2024.

In an op-ed for CNN, former Circuit Judge of the United States Court of Appeals for the Fourth Circuit J. Michael Luttig explained how former President Donald Trump is claiming that the election was stolen in 2020 to set the stage for overturning the 2024 election if he loses.

"That objective is not somehow to rescind the 2020 election, as they would have us believe," Luttig wrote. "That's constitutionally impossible. Trump's and the Republicans' far more ambitious objective is to execute successfully in 2024 the very same plan they failed in executing in 2020 and to overturn the 2024 election if Trump or his anointed successor loses again in the next quadrennial contest."

He asserted that the "last presidential election was a dry run for the next."

Luttig recounted a Republican plan to have the 2020 election overturned by convincing the Supreme Court to use the independent state legislature doctrine -- but the attempt failed. A second attempt to use an alternate slate of electors also failed when Pence refused to go along with it.

"Trump and his allies and supporters in Congress and the states began readying their failed 2020 plan to overturn the 2024 presidential election later that very same day and they have been unabashedly readying that plan ever since, in plain view to the American public," Luttig claimed. "Today, they are already a long way toward recapturing the White House in 2024, whether Trump or another Republican candidate wins the election or not.

The former judge predicted that Republicans will successfully be able to use the independent state legislature doctrine with Justice Amy Coney Barrett on the court.

In preparation for 2024, Republicans are "also in the throes of electing Trump-endorsed candidates to state legislative offices in key swing states, installing into office their favored state election officials who deny that Biden won the 2020 election, such as secretaries of state, electing sympathetic state court judges onto the state benches and grooming their preferred potential electors for ultimate selection by the party, all so they will be positioned to generate and transmit alternative electoral slates to Congress, if need be," Luttig reported.

He concluded: "As it stands today, Trump, or his anointed successor, and the Republicans are poised, in their word, to "steal" from Democrats the presidential election in 2024 that they falsely claim the Democrats stole from them in 2020. But there is a difference between the falsely claimed "stolen" election of 2020 and what would be the stolen election of 2024. Unlike the Democrats' theft claimed by Republicans, the Republicans' theft would be in open defiance of the popular vote and thus the will of the American people: poetic, though tragic, irony for America's democracy."

You can read the entire op-ed at CNN.