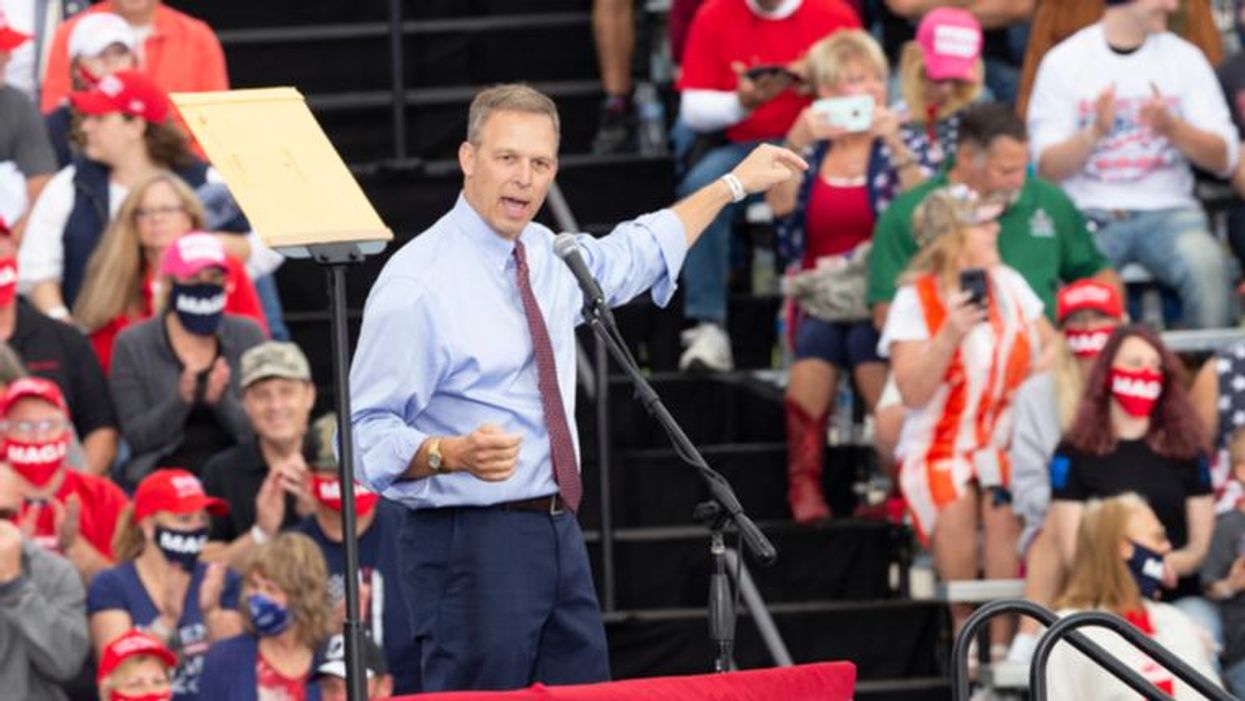 Outside of Pennsylvania, five-term Republican Rep. Scott Perry doesn't have much in the way of name recognition. But now, in the wake of testimony from a former Trump White House aide, the House Select Committee investigating the deadly Jan. 6 insurrection is paying attention to Perry and his efforts to overturn the results of the 2020 presidential election.

Last December, Perry refused to voluntarily testify before the committee, calling it "illegitimate." As MSNBC reports now, the congressman may be facing a subpoena to compel his testimony.

Perry, chair of the right-wing House Freedom Caucus, endorsed a plan “to direct thousands of angry marchers” to the U.S. Capitol on Jan. 6. According to The New York Times, Perry participated in a planning call including former White House Chief of Staff Mark Meadows, Trump personal attorney Rudy Giuliani, Rep. Jim Jordan of Ohio and other Freedom Caucus members. Cassidy Hutchinson, an aide to Meadows, said no one on the call spoke out against the idea.

Hutchinson also said Perry was present when lawyers warned that a fake-electors scheme was not “legally sound,” though many Republicans proceeded with the scheme anyway.

IN OTHER NEWS: Outrage erupts in Ohio after student is accused of racism for inflammatory animal rights presentation

Perry cast a wide net with his "stolen election" conspiracy theories. MSNBC columnist Steve Benen reports: "Five days after the election was called for Joe Biden, Perry sent a message to Meadows that read, 'From an Intel friend: DNI needs to task NSA to immediately seize and begin looking for international comms related to Dominion.' Perry appeared to encourage the then-White House chief of staff to get the Director of National Intelligence to order the National Security Agency to investigate debunked claims that Dominion voting machines were hacked by China."

The Pennsylvania congressman also claimed that America's British allies were behind a secret plot to manipulate U.S. voting machines and that Gina Haspel, the Trump-appointed director of the CIA, was helping to cover it up. About a month later, according to a CNN report, he sent Meadows a YouTube link detailing another conspiracy theory: that votes were changed by Italian satellites."

"For those familiar with Perry’s record, this may not come as a surprise: The congressman has spent years promoting weird conspiracy theories with little connection to reality," Benen concluded. "But the ideas the Pennsylvania Republican shared with Meadows appear to be utterly bonkers. It makes me wonder how big a role he'll have on Capitol Hill next year if voters elect a GOP majority."