TWO common animals are hidden in a revealing optical illusion, and which you see first reveals secrets about your personality.

Is your head in the clouds, or are you firmly grounded here on Earth?

The YouTube channel Bright Side shared the illusion in a clip, and in the video, the narrator walked viewers through what their knee-jerk reactions reveal about their personalities.

“If you spotted a mouse first, you’re an optimist,” the narrator explained.

When the going gets tough, you won’t be seeking out the worst-case scenarios.

“You prefer to look for advantages in every situation,” the explanation continued. 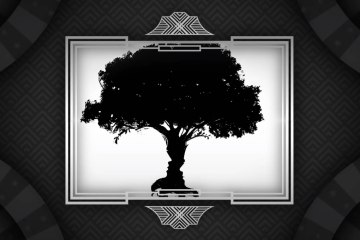 “You sometimes might not be practical enough and people often say that you have your head in the clouds.”

But that’s actually a misconception.

“In fact, you’re well aware of the world around you,” the narrator added. “You simply prefer to concentrate on its bright sides.”

On the other hand, if you saw a cat as soon as you glanced at the picture, your personality traits fall on the opposite end of the spectrum.

“You know what you need from life, and you don’t naively build castles in the air.”

Along with being practical, you’re also probably great at making decisions.

“You see the world as a whole, and this helps you plan your subsequent actions,” the narrator added.

Viewers were impressed – and sometimes truly surprised – by the detailed descriptions of their personalities.

“My whole life I’d considered myself an optimist until I took this test,” a commenter confessed.

“It made me face up to the truth that I had turned into a realist, with bouts of cynicism, in my old age.”

Another person said they didn’t learn anything new about themselves, but were taken aback by the accuracy.

“I’m more surprised as to how you know me,” they wrote.

One viewer revealed that they saw a slightly different image than was expected.

“I saw a cat and a mouse at the same time. The cat was eating the mouse,” they shared.

If you saw a mouse first, you’re more likely to be an optimist[/caption] If the cat jumped out at you, you’re probably a more realistic person[/caption]