A CLAUSE in Elon Musk’s $44billion dollar acquisition of Twitter bars him from tweeting negative comments about the company or its administration.

With 86million followers, Musk can move markets, cut down enemies and suck up a news cycle with a single tweet.

Musk has tweeted almost 18,000 times since he first logged into the site in 2009 – not counting deleted tweets.

On April 22, during the heat of negotiations with Twitter, Musk tweeted an image of Bill Gates side by side with the pregnant man emoji with an unflattering caption – Musk has mocked the pronouns movement in the past and his intent to insult Gates is clear.

But Gates isn’t the only person or entity Musk has fired a ballistic tweet towards – and Twitter is putting up a defense shield while the deal finalizes.

The deal officially reads that Musk can tweet about the acquisition “so long as such Tweets do not disparage the Company or any of its Representatives.” 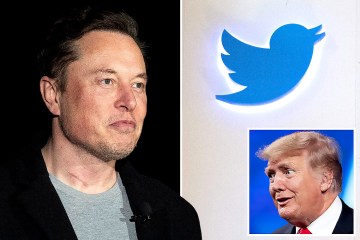 UNREST IN THE NEST 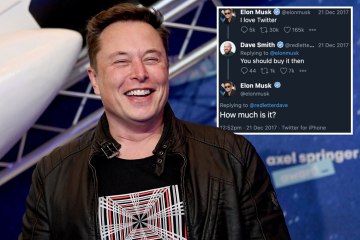 Reporters were quick to point out that it would be counterintuitive for Musk to speak ill of the company he just spent 20% of his worth on.

But he has targeted the company before and during the buyout.

That was before the disparagement clause was written – but even with the text of the deal hanging over his head, Musk has spent the last two days amplifying posts that question the character of top employees and bash Twitter’s progressive bent.

Twitter employees have been conflicted by the company’s sale to the richest man in the world – Twitter’s moderation policy lead Vijaya Gadde cried during a meeting about the transition.

Musk put Gadde in the spotlight on April 26 when he criticized her decision to stamp out a New York Post story about Hunter Biden and suspend the Post’s account for two weeks.

Hours later, Musk engaged with right-wing pundit Mike Cernovich over the actions of a Twitter lawyer with connections to Hillary Clinton’s campaign – Musk said a story against the lawyer “sounds pretty bad”.

The Securities and Exchange Commission (SEC) documents unpacking the terms of the deal do not explain what would happen if Musk was determined to be violating the clause.

Musk and the SEC have met before over his Twitter usage.

In 2018, he was charged with securities fraud for misleading tweets about taking Tesla private – the charges were resolved when he paid a $20million dollar fine.

Today24.pro
High school scoreboard: Saturday’s NCS, CCS, CIF results in baseball, softball, volleyball, lacrosse, tennis #1 Backyard Weed That Can Replace ALL Your Medications The ONLY 3 Upper Body Exercises You Need for Mass The 2022 Audi S3 Is a Fun Sport Sedan that Rivals the Golf R