A SEX worker has been sentenced to 30 years in jail following a deadly drug spree that saw four people killed.

Angelina Barini, of Queens, admitted to distributing drugs laced with fentanyl and the date-rape drug GBL between July and August 2019.

Prosecutors said Barini, 43, provided drugs to her clients as part of a scheme to “incapacitate and rob them”, court records revealed.

One victim was given fentanyl-laced drugs at a motel in Astoria on July 4. He was found dead later that day.

Two other men died of drug overdoses in Woodside and College Point. 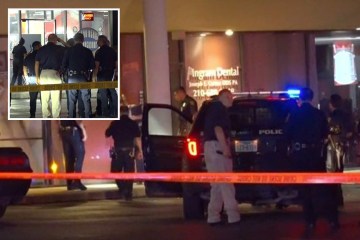 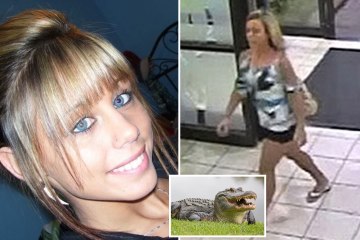 Prosecutors claimed that Barini drugged the head chef of the Italian restaurant Cipriani Dolpi Andrea Zamperoni with GBL on August 18, 2019.

Before he was drugged, she and her ex-boyfriend allegedly lured him to a seedy room, according to court filings cited by the New York Daily News.

Zamperoni lost consciousness and died on the motel room floor.

Barini reportedly searched the internet to see if she could find any reports regarding his disappearance.

The chef’s body was wrapped in bleach-stained sheets and found days later in a garbage bin, according to police.

Officers smelled a “strong odor, consistent with the smell of a dead body and burning incense”, according to court documents

Cops claimed they had spotted a “human foot” sticking out of the garbage can.

Officers quizzed Barini on August 21 – days after the chef was killed.

A complaint had been filed by his mom after he failed to call his family in Italy and he hadn’t turned up for work.

Barini’s older sister, who only identified herself as Sally, told the New York Post that the sex worker is planning to appeal her sentencing.

She branded the sentence a “little harsh”.

Sally said: “They weren’t saints. They went with her. They wanted to party and they wanted to do drugs with her and have sex.

“It wasn’t like she put a gun to somebody’s head and forced them to go with her.”

Sally claimed that Barini is a drug addict.

But, Judge Brian Cogan said: “There is no level of disadvantage of being raised that can mitigate what you did her.

One of the victim’s cousins said they didn’t feel sorry for Barini – even though they were previously best friends.