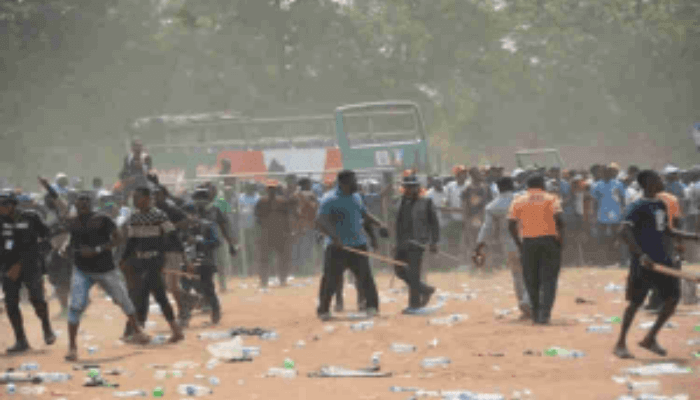 Civil Society Organisation for Conflict Resolution in Nigeria (CS-CRIN) has charged the Federal and Kano Government to address the root causes of the rising urban violence in Kano and other parts of the country.

The organisation said a recent study indicated that a substantial percentage of the over 39, 000 Nigerians that died in the country between 2011 and date was as a result of urban violence.

Adeniyi Aremu, Executive Director, CS-CRIN, made the disclosure, weekend, at the end-of-year briefing by CS-CRIN in Kano.

According to Adeniyi, the rising urban violence in the country is driven principally by mounting unemployment, particularly, among young Nigerians.

He cited the case of the metropolitan city of Kano that of recent has been experiencing increase urban violence, resulting in loss of lives and properties.

“We are glad to brief you gentlemen of the press of the outcome of an intervention project which we are carrying out with the funding support of European Union-Agents for Citizen Driven Transformation, here in Kano.

Read also: How rising insecurity affected the economy in 2021

“The project which is being coordinated by the British Council is tagged ‘strengthening community engagement towards peace building and conflict management in Kano, Nigeria.’

“The core aim of the project is to contribute to peaceful co-existence among various ethnic and religious groups in the state and the country and reduce conflict in the society.

“And one of the trends we have observed during the implementation of this project is the rising urban violence in the state and the country at large”, he stated.

Providing more insights, Adeniyi, hinted that observations have also shown that the violence been experienced in urban areas was also driven by the mounting migration of people from rural communities to urban centres.

He attributed this development to the destruction of economic and social means of engagement by bandits, and conflicts involving herders and farmers.

The CS-CRIN executive director called on both the Federal Government, as well as the administration of Governor Abdullahi Ganduje to put in place policy and programmes to address the unfolding development.