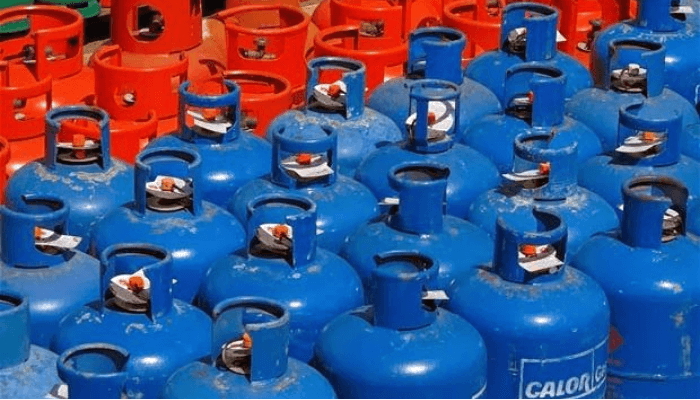 Over 3,000 residents of Enugu East local government at the weekend jostled for free 12.5 kilogrammes of cooking gas gifts meant for 400 households.

The company said that the gesture is to ameliorate the suffering of the citizens in the area.

The South-East regional coordinator of the company, Amaka Umeh, said the distribution of free cooking gas cylinders is part of the company’s support to the government’s effort at ameliorating the suffering of the people.

Umeh said the free gas is for residents who could not afford the commodity during this yuletide.

According to her, the management of the company deemed it fit to reach out to the Enugu residents by distributing cooking gas, worth N12 million from four of its plants in the state.

“The managing director of the company, Basil Ogbuanu, has instructed that the donation of 35,000 litres (20,000 kg) LPG be distributed to its customers in its four plants in Enugu this festive season.

“It is the turn of residents of Nike community in Enugu East and Ahani in Oji-River local government area all of Enugu state.

“1,600 Enugu residents has so far received cooking gas worth over N12 million from our plants in the state.

“It is not surprising because our managing director is known for his humanitarian services,” she added.

The coordinator, however, commended the state government for its focus and commitment in ensuring that businesses enjoy a friendly environment to thrive.

However, some of the beneficiaries have expressed joy over the decision of the management of the company to assist the poor.

A beneficiary, Ozo Victoria, said she had known Ogbuanu for his philanthropic nature, describing him as a man of the people. She added that she collected 12.5 kilogrammes of cooking gas free of charge.

A customer, Chike Chiefuna, said he came all the way from Ezeagu to collect his own free gas and lauded the donor.

“I am impressed with the manner the whole thing is arranged and the crowd management mechanism put in place,” he said.

He, therefore, called on well-meaning Nigerians to emulate Ogbuanu to add value to the lives of other citizens.

It was noticed that as early as 4am, some residents of the area had started gathering at the company’s gas plant at Nike to get their cylinders filled.