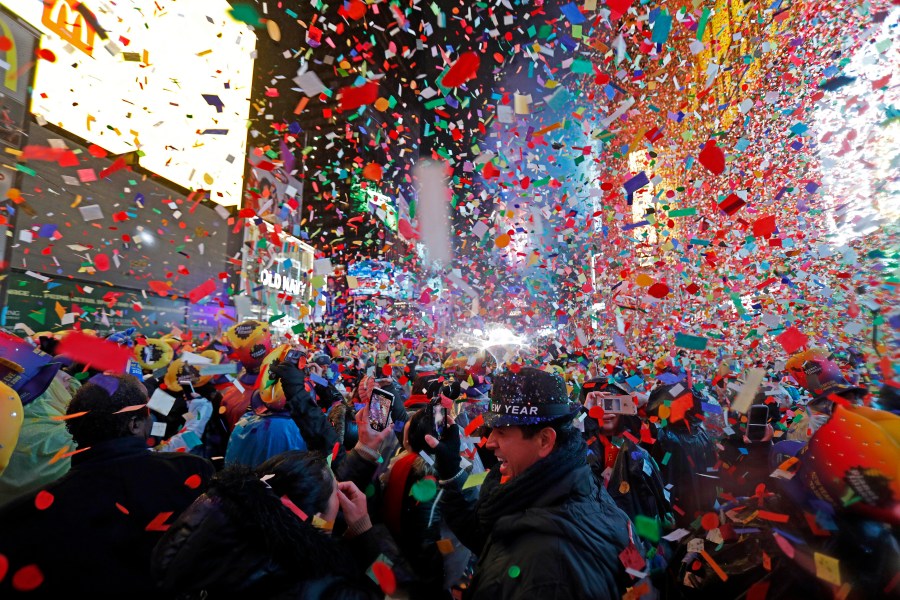 AUSTIN (KXAN) - It comes every year like clockwork, literally: New Year's Day. Every culture on Earth celebrates the new year at some point. In the United States, we celebrate on January 1st. But why this day when there are so many other days that are appropriate?

"Months of the year tend to be really arbitrary by culture," said University of Texas religious studies associate professor Brent Landau. "A really interesting feature of life on Earth is that we have these different seasons."

Landau says that for some cultures, the new year starts when the seasons change.

"Some cultures have chosen to start their new year on an equinox, which makes a lot of sense," he explained. The spring and fall equinoxes are the only days of the year where we have the same amount of sunlight as we do night. While the winter and summer solstice are the shortest and longest days of the year.

"What we do is we start closer to the start of winter. That's the winter solstice," Landau said.

But, our calendar year starts more than a week after the solstice. Why is that?

"January 1st became our New Year's Day thanks to the grand relay chain of history," said Kevin S. Lee, a graduate student studying ancient cultures at the University of Texas. According to Lee, the solar calendar we use today was first developed by the ancient Egyptians.

A solar calendar is based on the time it takes for the Earth to orbit the sun. A solar year isn't perfect. It takes 365 days 5 hours 48 minutes and 46 seconds for this orbit to finish.

In that time, the moon goes through twelve lunar phases, which is why we have twelve months. A lunar phase is the time it takes for the moon to go from new to full to new again. It takes around 29 days for this to happen.

There isn't really a beginning of a solar year, the closest times would be the beginning of the seasons, which brings us back to why start the year on January 1st.

The ancient Romans originally had ten months, with the year starting in March, named for Mars the God of War. When they realized that there were actually twelve lunar cycles in a year, they added two months: January and February.

Feeling uneasy about a New Year’s party? Here are 5 suggestions that people are trying out this year instead

"The Romans had earlier made January 1st the first day of their civic year," Lee said. "That was the day the they swore in the consuls, the annually elected chief magistrates of the Roman Republic." Basically, the year started on Inauguration Day.

For the Romans, their Inauguration Day was originally in March, much closer to the Spring Equinox. However, Lee said that a crisis forced the nation to move their election up two whole months to January 1st. This is why December, which translates to 10th month, is now our 12th month.

The Egyptian calendar isn't perfect. By the time of Julius Caesar, several days had been lost. Remember, a solar year isn't a perfect 365 days. Caesar ordered the calendar be revised. (It would later be revised again in the 1500s, which was when a leap year was added to account for the imperfect solar year.)

Caesar kept the start of the year in January. Partly out of tradition and partly because January is named after the Roman god of beginnings, Janus. However, the day still didn't fall on the solstice.

"By the time they sort of got all of that sorted out, the days of the calendar had sort of bounced around enough that everybody was like, fine, we've got it, it's close enough," said Landau.

Not everyone celebrates New Year's Day on January 1st

Despite all this maneuvering and calendar hopscotch, many cultures around the world still celebrate their new year at different times. Chinese New Year follows a lunar calendar and begins between late-January and early-February. Jewish New Year, Rosh Hashanah, is celebrated in September.

Finally, until the calendar revisions in the 1500s, many European Christians celebrated the New Year closer to the Spring Equinox on March 25th. This was done because it was exactly nine months before Christmas, when Christ was born.