The striker, 34, started in the 3-1 win at Old Trafford on Thursday.

But supporters were taken aback by Cavani’s actions after the final whistle.

Video footage shows the Uruguayan veteran applauding, waving and blowing kisses to home fans in the Theatre of Dreams.

Cavani is out of contact next summer and has been tipped to leave after struggling to hold down a regular spot in the starting XI.

And some United fans reckon Cavani’s gestures after the Burnley game were goodbye messages. 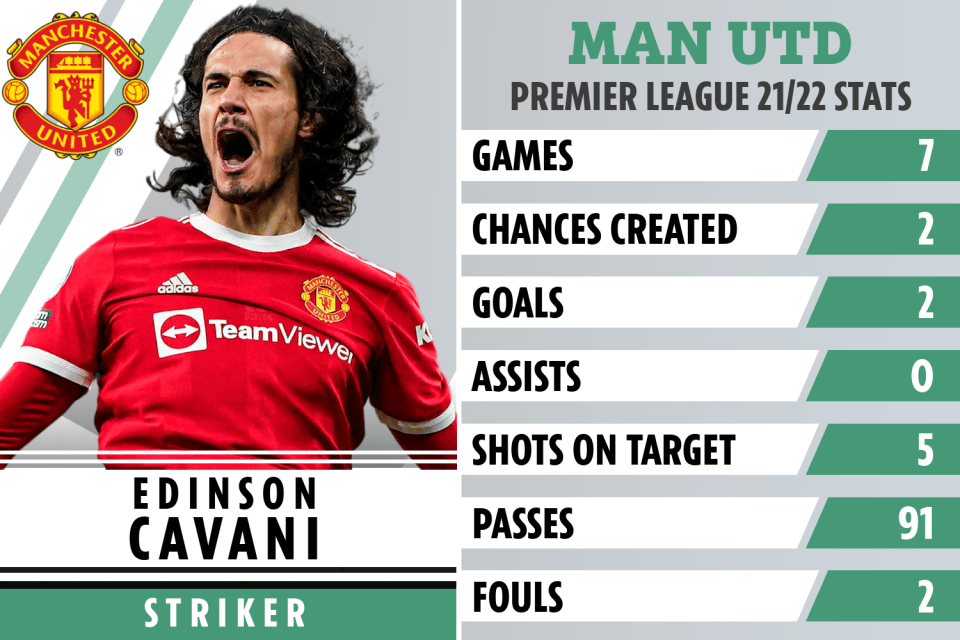 One said: “Today was different. The matador gesture, the goodbye kisses, the lock sign (together always) and the teary face.

“I hope he does stay but that felt like goodbye.”

Another tweeted: “It’s most likely that he is leaving in January.”

One noted: “We can’t let him leave right now, with Covid and injuries he’s the best 9 we have.”

Another added: “I hope it’s not true, would be gutted if he left in January.”

Cavani joined United on a free transfer from Paris Saint-Germain in 2021 and scored 17 goals last season.

He has two goals this term in 10 games but has struggled for consistency with injuries.