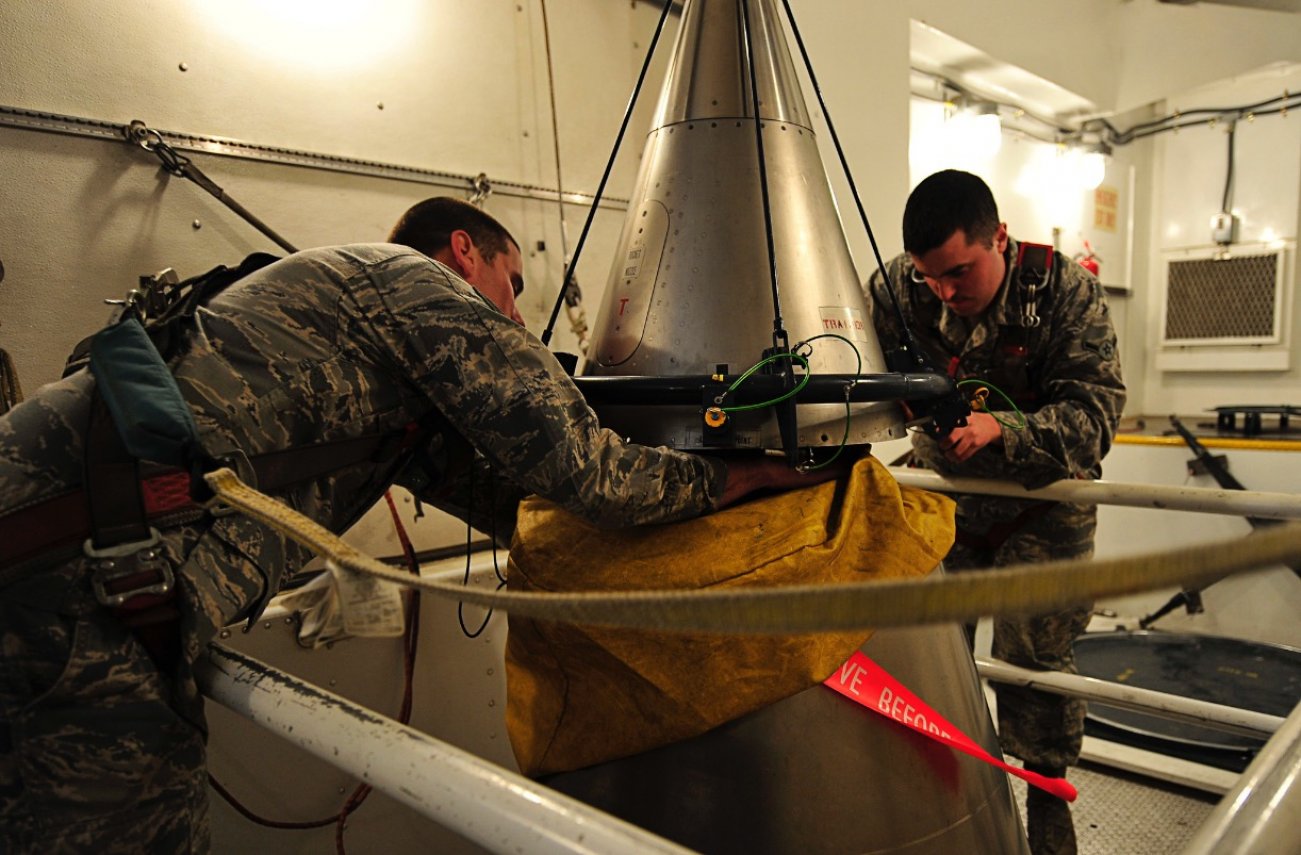 Could the United States ever ensure effective nuclear deterrence with just nuclear-armed bombers and submarines?

Could the United States ever ensure effective nuclear deterrence with just nuclear-armed bombers and submarines? Could the mission be accomplished without any intercontinental ballistic missiles (ICBMs), which are essentially no “land-leg” for the nuclear triad?

However unlikely or at odds with recent history this concept may be, or however surprising given the current threat conditions, the question is being raised in Congress and by non-proliferation advocates seeking to save money while disarming the military.

Gen. Timothy Ray, the commander of Air Force Global Strike Command, recently said his command only  “implements” and does not make policy decisions, but did make reference to how the ICBM makes a difference.

“The Triad is an expression of national policy, and our ability to do more with bombers is underwritten by the ICBM. It is a well-worn path about the responsiveness of the ICBM, immediacy and flexibility of the bombers and the survivability of the undersea force,” Ray told The Mitchell Institute in an interview.

Ray is also responsible for meeting and responding to the current threat circumstance regarding nuclear weapons deployed by potential U.S. adversaries. This topic receives a lot of attention as many congressional reports and other public studies are clear to point out the accelerated pace at which China is adding ICBMs to its arsenal. Not long ago, Ray made a public comment that the Chinese plan to double the size of their nuclear arsenal by the end of the decade.

An interesting Air Force report called “Around the Air Force” seems to reinforce this plan by stating that efforts to modernize the land-based leg through weapons systems and command and control upgrades are well underway.

Ray did seem to acknowledge that what he called a “Diad,” or nuclear defense posture based solely upon air bombers and submarine-launched nuclear-armed ballistic missiles, would require some major adjustments. Ray seemed clear that, if directed by national authority, he would try to implement a Diad.

While being clear to explain he does not make policy but rather implements it on behalf of national leaders, Ray said deliberations about the particular composition of a U.S. nuclear force would likely pertain to what needed to be held at risk, and how fast a counterattack effort might need to respond.

Kris Osborn is the defense editor for the National Interest. Osborn previously served at the Pentagon as a Highly Qualified Expert with the Office of the Assistant Secretary of the Army—Acquisition, Logistics & Technology. Osborn has also worked as an anchor and on-air military specialist at national TV networks. He has appeared as a guest military expert on Fox News, MSNBC, The Military Channel, and The History Channel. He also has a Master's Degree in Comparative Literature from Columbia University.