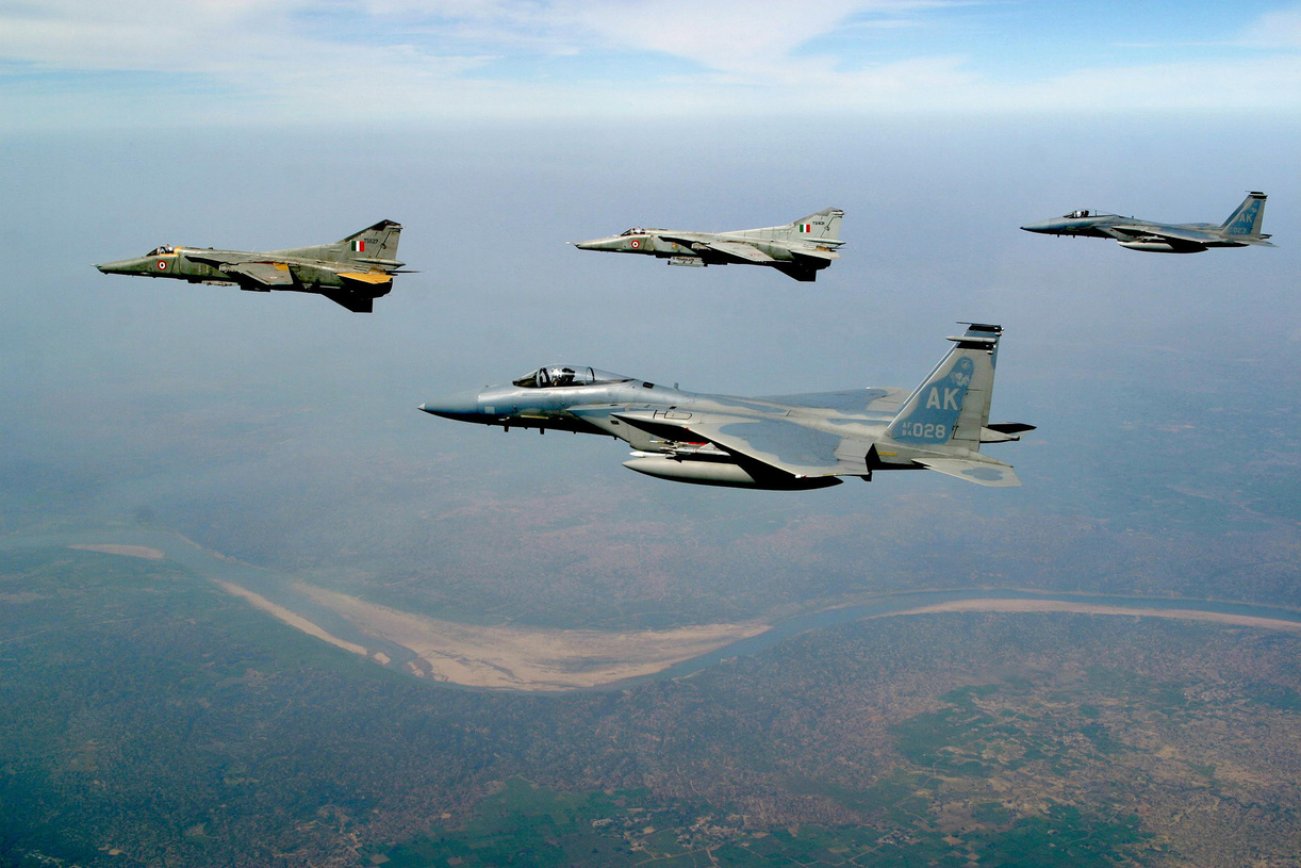 U.S. officials have refused to back down from threats to level CAATSA sanctions on India for the deal.

Here's What You Need to Remember: But when the same official tells The Diplomat that there is “no blanket application” of CAATSA sanctions, one can sense the threat may have no teeth due to Washington’s eagerness to court Indian support in strategic competition with China.

As we enter the 2020s, the Indian Air Force will continue to shrink in size to twenty-six out of a required forty-two squadrons due to retirements of aging Cold War Russian MiG-21 and MiG-27 jets.

While the IAF is mulling purchases of additional advanced Western jet fighter like the Dassault Rafale, Saab JAS 39 Gripen, the Lockheed F-21 or Boeing Super Hornet, it’s meanwhile turning to its long-running relationship with Moscow to patch up the growing gap in its air defenses—even if that means it risks running afoul of U.S. CAATSA sanctions imposed on countries that import Russian weapons..

While a companion article looks at major new arms purchases by the Indian Army and Navy from Russia, this piece will survey three different buys the Indian Air Force is making entering the 2020s to stem the bleeding away of its combat strength.

India is proceeding with the purchase of five regiments of S-400 surface-to-air missiles in a $5.43 billion, paid in Euros in order to bypass CAATSA sanctions. In 2019, New Delhi made a down payment worth $800 million, and initial deliveries will arrive in October 2020, with the order completed between in 2023 and 2025.

This comes even after the U.S. kicked Turkey out of the F-35 program in the summer of 2019 for procuring S-400s from Russia—and has voiced its objections to the new deal. But real U.S. sanctions on India as building a closer defense relationship with New Delhi remains a priority in Washington.

India was more interested in the S-400 than the U.S. Patriot or THAADS systems because it can threaten aircraft up to 250 miles away due to its powerful radar radars and missiles designed to engage different targets. By contrast, the U.S. systems are effective across a smaller radius.

Thus, the S-400 will free up IAF fighters from performing routine air defense patrols—especially following a Pakistani incursion into Indian airspace that ended with the loss of an Indian fighter.

U.S. officials have refused to back down from threats to level CAATSA sanctions on India for the deal. But when the same official tells The Diplomat that there is “no blanket application” of CAATSA sanctions, one can sense the threat may have no teeth due to Washington’s eagerness to court Indian support in strategic competition with China.

Time will tell if that changes—particularly if Modi’s controversial policies threaten to cause India to lose support in U.S. Congress.

Arguably the chief striking power of the Indian Air Forces comes from its force of over 250 twin-engine Su-30MKI Flanker jets, tailored to support Indian weapons and avionics. (India’s new Rafale jets are more advanced, but much fewer in number.)

India’s Flankers are fast, extremely maneuverable due to their thrust-vector engines, and can carry formidable sensors and weapons, including the Brahmos supersonic cruise missile which can threaten both maritime and land targets from standoff distances.

However, Indian Su-30s have also suffered a fair number of technical problems and accidents in Indian service. Thus a new order to license-build twelve more Su-30MKIs is not about expanding the fleet, but replacing losses from accidents to maintain a total force of 272 aircraft.

Nonetheless, India is following a lead on a Fulcrum bargain: twenty-one Soviet-era MiG-29 airframes that reportedly were never flown. India has reportedly verified the condition of the MiG-29, a wise move given a prior failed attempt to sell dilapidated MiG-29s to Algeria.

In a reportedly $847 million deal in order to fulfill an “urgent” operational requirement, MiG will upgrade the jets to the MiG-29 UPG standard and deliver them to India for $847 million over the next 18 months.

Though the MiG-29UPG is longer exactly a cutting-edge aircraft, the offer around $40 million per aircraft is about half the price of a new 4.5-generation jet, and thus represents a relatively cheap way for the IAF to quickly field an additional fighter squadron.

After all, twenty-six squadrons does not compare that well with to Pakistan’s twenty squadrons given the disparity between the two country’s populations—let alone China’s 1,700 combat aircraft

Sébastien Roblin writes on the technical, historical and political aspects of international security and conflict for publications including The National Interest, NBC News, Forbes.com and War is Boring. He holds a Master’s degree from Georgetown University and served with the Peace Corps in China. You can follow his articles on Twitter.