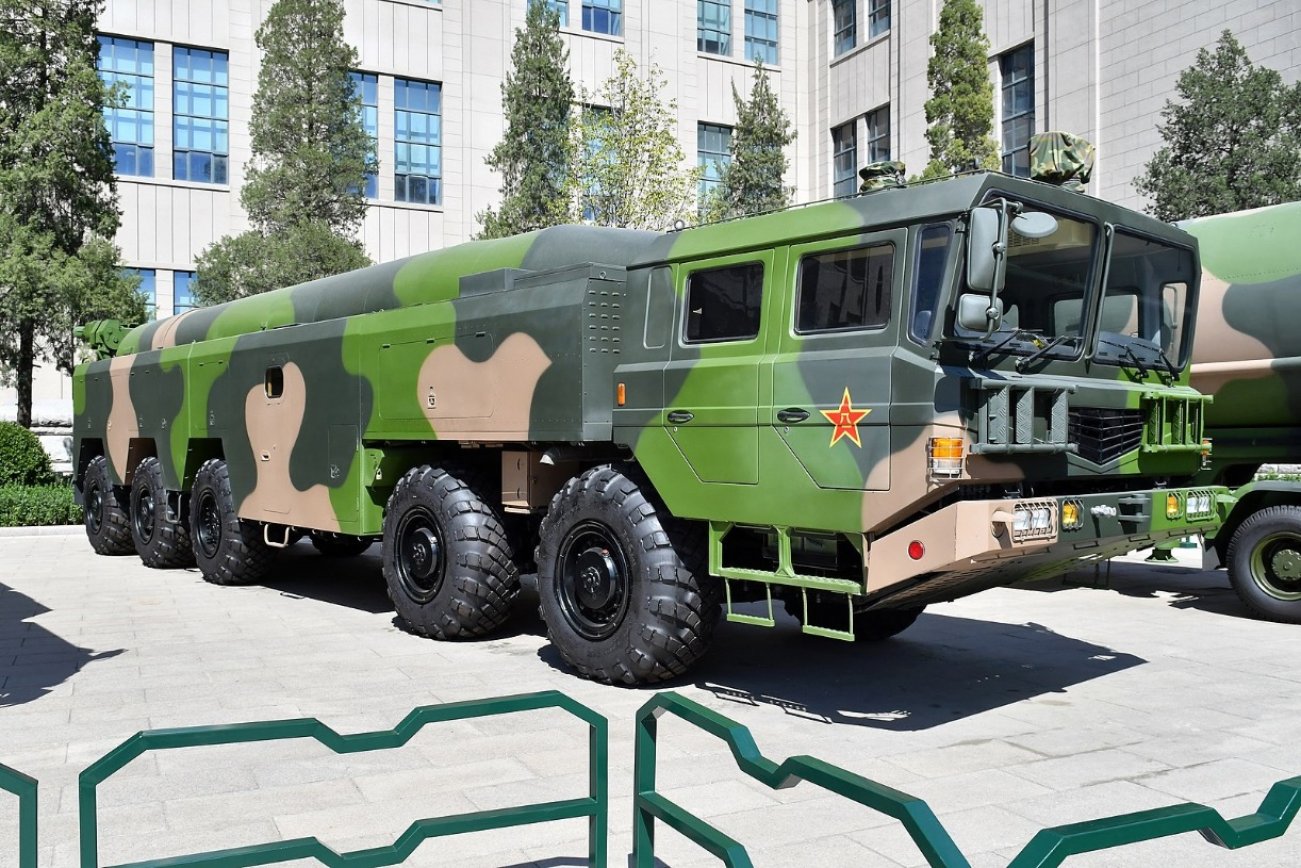 If China establishes any kind of hypersonic weapons overmatch against the United States, it might be able to block U.S. and allied forces from approaching certain vital areas such as Guam and Taiwan.

Here's What You Need to Know:  The equation is clear, meaning if China has an arsenal of operational hypersonic weapons and the U.S. simply does not, approaching U.S. forces in the Pacific would have no defense against a hypersonic missile attack.

China’s recent testing of its Fractional Orbital Bombardment (FOB) nuclear-capable hypersonic glide vehicle introduces tactical and strategic threats to the United States and its Pacific allies of great consequence, according to a former Pentagon weapons developer.

Dr. Michael Griffin, former Under Secretary of Defense for Research and Engineering says that if China establishes any kind of hypersonic weapons overmatch against the United States, it might be able to block U.S. and allied forces from approaching certain vital areas such as Guam and Taiwan.

“China’s FOB is a tactical asset that has a strategic impact and that is hard to do. What are the global implications of China being able to enforce a keep-out zone of everything West of Guam,” Griffin said during an event at the Advanced Nuclear Weapons Alliance Deterrence Center called “Policy Implications of Hypersonic Weapons and Strategic Nuclear Deterrence.”

The concept Griffin suggested pertains to a possible Chinese overmatch circumstance should China be capable of launching a salvo against approaching U.S. or allied forces operating without any comparable response. The equation is clear, meaning if China has an arsenal of operational hypersonic weapons and the U.S. simply does not, approaching U.S. forces in the Pacific would have no defense against a hypersonic missile attack. This makes U.S. forces extremely vulnerable and, according to Griffin, creates a circumstance wherein U.S. and allied forces could in effect be “blocked” from entering waters near Taiwan or Guam. This potential circumstance is the reason why China’s new hypersonic weapons not only bring new tactical dynamics of concern to U.S. war planners but also change the broader strategic equation.

In most if not all circumstances, there would be virtually no real defense against an incoming salvo of enemy ballistic, nuclear and hypersonic weapons. Sheer volume alone would likely overwhelm any kind of defense apparatus in what is often described as a possible “bolt out of the blue” scenario. This would be particularly true in the event of a hypersonic weapons attack. Therefore, the prevailing thinking is that the only way to stop a massive incoming hypersonic missile attack would be to ensure a catastrophic commensurate response. Deterrence through an assured responsive strike in the event of attack may be the only way to prevent a major assault with hypersonic weapons. This is precisely why Griffin emphasizes the need for the United States to keep pace with China when it comes to producing and deploying new hypersonic weapons.

“Clearly the Chinese today are ahead of us in certain aspects of hypersonic offensive capability. We can’t stop a salvo. We not only need to match but overmatch their offensive capability so they understand they are just as hostage as we are,” Griffin said.

Kris Osborn is a defense writer for the National Interest. Osborn previously served at the Pentagon as a Highly Qualified Expert with the Office of the Assistant Secretary of the Army—Acquisition, Logistics & Technology. Osborn has also worked as an anchor and on-air military specialist at national TV networks. He has appeared as a guest military expert on Fox News, MSNBC, The Military Channel, and The History Channel. He also has a Master’s Degree in Comparative Literature from Columbia University.

McDonald's expanded its workforce in 2021, offering better wages and benefits to beat the labor shortage