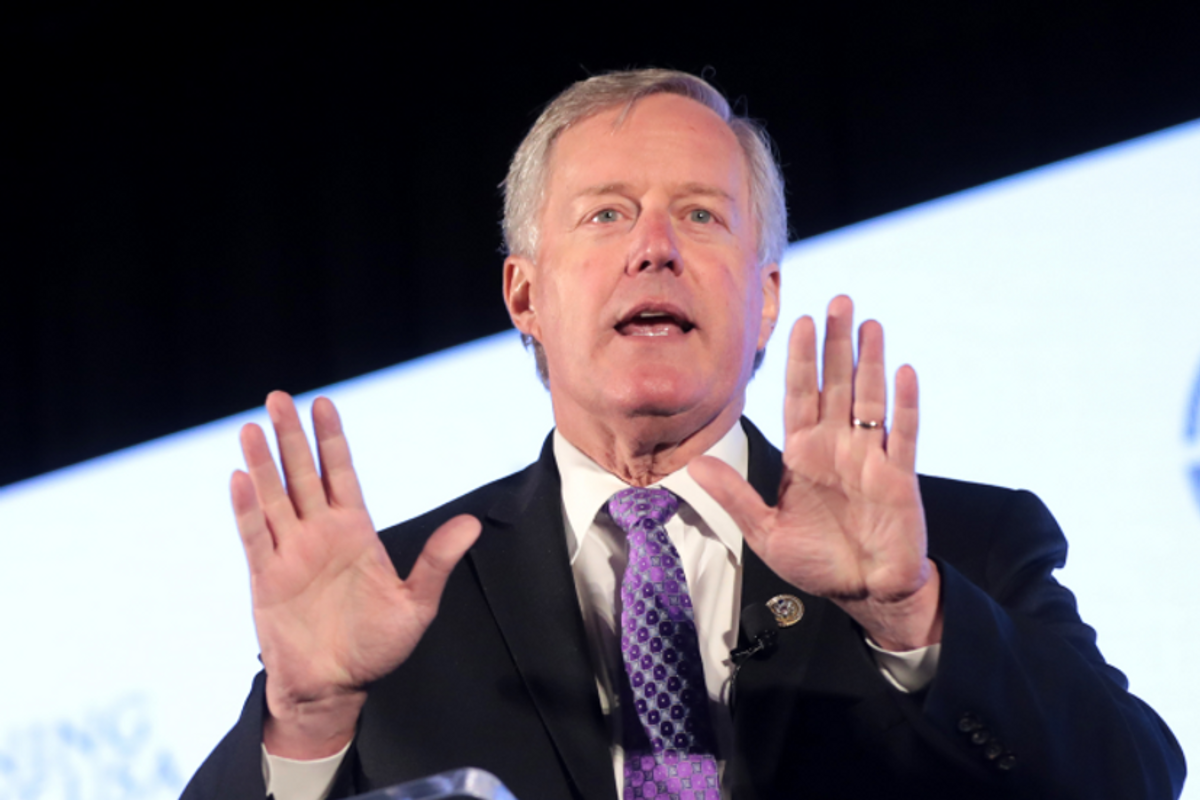 According to a report from the Daily Beast's Zachary Petrizzo, Donald Trump's year-old loss of the 2020 presidential election has resulted in a war between some of his biggest supporters as they try to maintain their presence in the media firmament while the former president camps out down in Mar-a-Lago.

As the report notes, one-time fixtures on conservative cable news are no longer welcome to appear which has led to sniping and threats along with hints of dark conspiracies.

As Petrizzo wrote, "For many, with President Biden in the White House and Trump in retreat at his Mar-a-Lago golf club, it was a year of vicious infighting as the MAGA movement grappled with a sudden, dramatic shift in power."

Among those finding themselves in danger of becoming yesterday's news is MyPillow CEO Mike Lindell, former Trump insider Roger Stone and even former White House chief of staff Mark Meadows -- all of them are either facing criminal charges, investigations or civil lawsuits.

RELATED: Mike Lindell lashes out at fans who are revolting against his failed Trump 'reinstatement' predictions

"It was the year Dominion Voting Systems filed massive, billion-dollar lawsuits against MAGA pundits and media outlets, forcing the biggest names in right-wing media to dial back their deferential coverage of Trump’s unhinged election lies," Petrizzo wrote. "The result was, in part, a mostly lopsided battle between Fox News, Newsmax, and OAN over who could most cleverly court Trumpworld without veering into legally murky waters. It was also the year that conservative talking heads threatened to quit, squandered career opportunities, or seethed—publicly and privately—over their employers’ compliance with various vaccine rules."

According to the report, Meadows found himself under fire from supporters of the ex-president -- as well as Trump himself --over his tell-all book about his time in the administration.

Writing the Meadows ran into "MAGA turmoil," Petrizzo noted that, "During one particularly contentious interview with far-right radio rising star Stew Peters, he was confronted over his alleged ties to 'Chinese communists.'"

The report concluded, "While 2021 is in the rearview mirror, all feuding elements of right-wing media seem united in hope that Trump will find himself back into power soon, with at least one dead-ender convinced it could occur ahead of the 2024 election."

Why Tom Brady vs. the Buffalo Bills would be a dream Super Bowl

ORG CHARTS: View the most important people and power structures at companies like Netflix, Google and JPMorgan