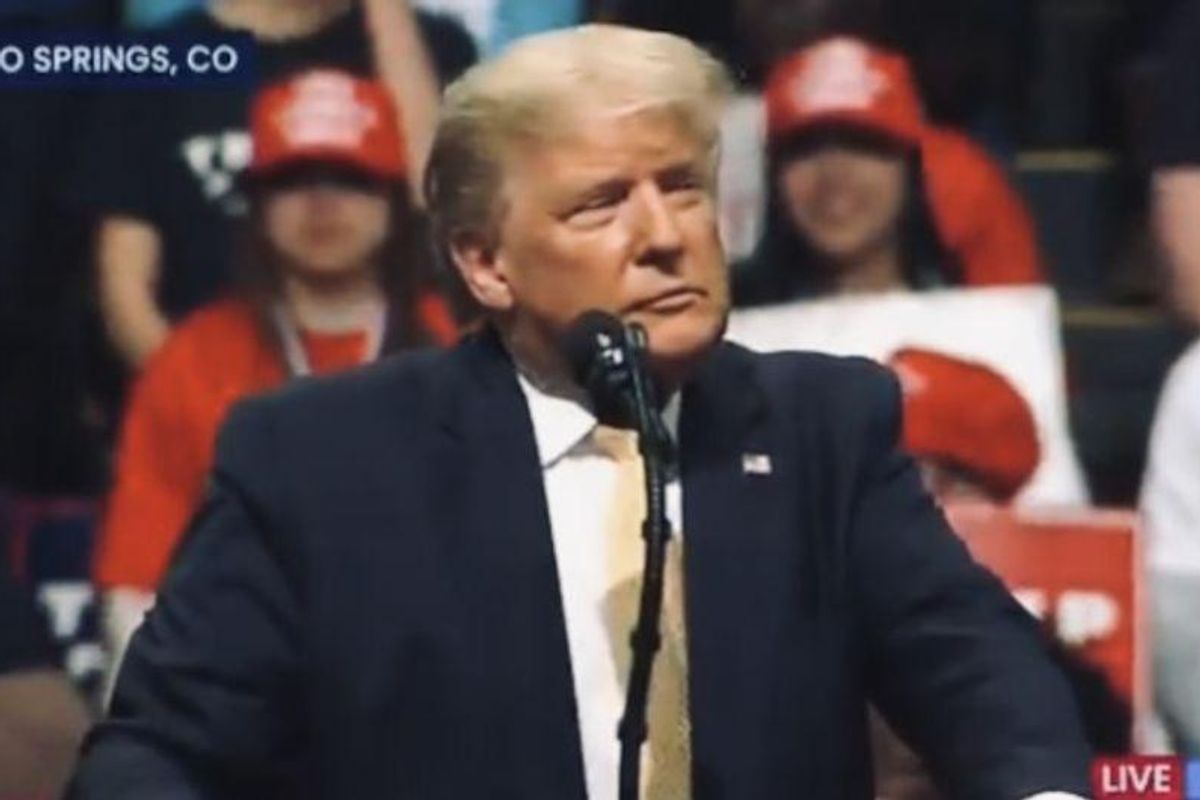 The Republican Party has fully surrendered to Donald Trump and has now embraced the aims of the insurrectionists who stormed the U.S. Capitol nearly one year ago, according to a new column.

Trump's increasingly extremist GOP mirrors the Third Reich's operating principle, as described by historian Ian Kershaw, who said Nazi party members were always “working towards the Führer," anticipating what their leader wanted without being asked and pursuing ever-more radical steps to serve his interests, argued attorney David R. Lurie in a new column for The Daily Beast.

"Over time, it became clear that those who pursued the most radical, and often violent, steps to serve the party would be met with approbation, while those who hesitated would be met with disfavor or worse," Lurie wrote. "While Trump is, of course, no Hitler, he and his acolytes have used a similar reward-and-punishment dynamic to relentlessly move the GOP towards a dynamic of ever greater extremism, in which adherence to legal and moral norms is viewed as intolerable weakness."

This dynamic played out in 2016, when Trump's namesake son eagerly accepted a Russian government operative's offer of "dirt" on Hillary Clinton and in early 2021, when his chief of staff Mark Meadows enthusiastically embraced a plan to overturn the 2020 election loss, and both men used the same language to signal their corruption: "I love it."

RELATED: 'No precedent for this': Here's why the GOP is paying millions for Trump’s legal bills

"We do not know if Trump expressly blessed either scheme beforehand," Lurie wrote, "but it is clear that both Don Jr. and Meadows understood that they would risk Trump’s ire if they failed to pursue the most extreme attacks on American laws and democratic norms available in Trump’s name."

The same dynamic is playing out in statehouses across the country, where GOP legislators are undermining faith in elections and restricting access to the polls for likely Democratic voters, and the violent Jan. 6 insurrection.

"The former president claims that he didn’t tell the crowd that gathered for his speech on Jan. 6 to attack the Capitol, but virtually all of the people who did believed they were acting in his interests, and had every reason to believe that their attack would meet with his approbation," Lurie wrote.

Appeals to the extremist base has become the central element of the Republican Party, and GOP leaders -- including Trump -- fear losing their support if they don't embrace conspiracy theories or disregard democratic norms.

"Even Trump himself has found that his power as a 'leader' of an extremist movement depends on his own reliably continuous appeals to extremism," Lurie wrote. "This was starkly evident last week when Trump himself faced criticism from some of his most fervent followers for acknowledging that the COVID vaccine saves lives, and admitting that he received a booster dose."

Trump didn't need to explicitly order the insurrection, because his followers knew what he wanted them to do, and he allowed it to continue by refusing to call them off for nearly three chaotic hours.

"Extremism is Trump’s calling card, and the force that fuels his movement," Lurie wrote, "and during the months that have followed, GOP activists encouraged by Trump have normalized the goals and even the tactics of the insurrectionists — who are now frequently described by Trumpist Republicans as harmless tourists, or patriots."

"The party is working towards Trump," he concluded.

Best iPhone 13 cases: How to protect your shiny new iPhone