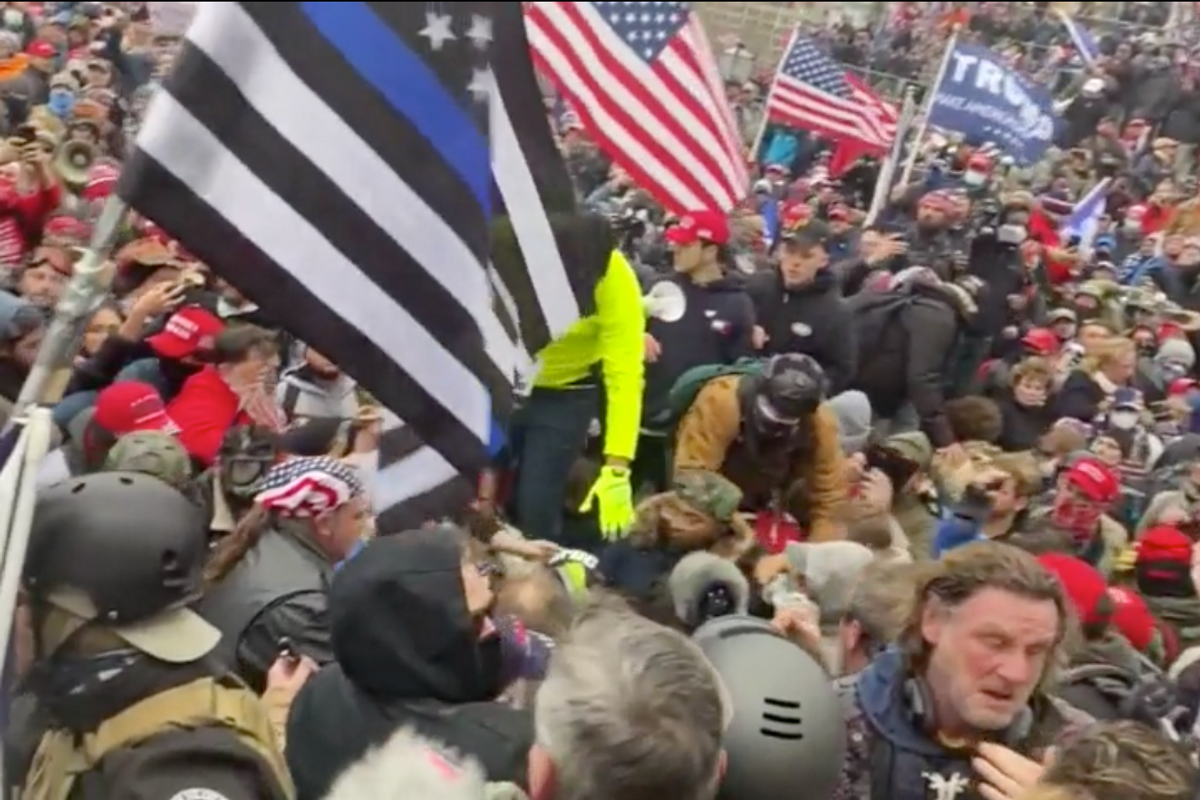 January 6 will be remembered as one of the most shameful days in American history. On that date in 2021, the United States Capitol was attacked by thousands of armed loyalists to Donald Trump, some intent on killing members of Congress. Roughly 140 officers were injured in the attack. Five people died that day.

But even now, almost a year later, Americans remain confused and divided about the significance of what occurred.

1. Trump incited the attack on the Capitol.

For weeks before the attack, Trump had been urging his supporters to come to Washington for a “Save America March” on January 6, when Congress was to ceremonially count the electoral votes of Joe Biden’s win. Without any basis in fact or law (60 federal courts as well as the Departments of Justice and Homeland Security concluded that there was no evidence of substantial fraud), Trump repeatedly asserted he had won the 2020 election and Biden had lost it.

At a rally just before the violence, Trump repeated his falsehoods about how the election was stolen. “We will never give up,” he said. “We will never concede. It will never happen. You don’t concede when there’s theft involved. Our country has had enough. We will not take it anymore.”

He told the crowd that Republicans are constantly fighting like a boxer with his hands tied behind his back, respectful of everyone — “including bad people.”

He then told the crowd that “different rules” applied to them. “When you catch somebody in a fraud, you are allowed to go by very different rules. So I hope Mike [Pence] has the courage to do what he has to do, and I hope he doesn’t listen to the RINOs [Republicans in Name Only] and the stupid people that he’s listening to.”

Then he dispatched the crowd to the Capitol as the electoral count was about to start. The attack on the Capitol came immediately after.

2. The events of January 6 capped two months during which Trump sought to reverse the outcome of the election.

Shortly after the election, Trump summoned to the White House Republican lawmakers from Pennsylvania and Michigan, to inquire about how they might alter the election results. He even called two local canvassing board officials in Wayne County, Michigan’s most populous county and one that overwhelmingly favored Biden.

He phoned Georgia’s Republican secretary of state to “find 11,780 votes,” according to a recording of that conversation, adding “the people of Georgia are angry, the people of the country are angry. And there’s nothing wrong with saying that, you know, um, that you’ve recalculated.”

He pressed the acting US attorney general and deputy attorney general to declare the election fraudulent. When the deputy said the department had found no evidence of widespread fraud and warned that it had no power to change the outcome of the election, Trump replied “Just say that the election was corrupt + leave the rest to me” and to Trump’s congressional allies.

Trump and his allies continued to harangue the attorney general and top Justice Department officials nearly every day until January 6. Trump plotted with an assistant attorney general to oust the acting attorney general and pressure lawmakers in Georgia to overturn the state’s election results. But Trump ultimately decided against it after top department leaders pledged to resign en masse.

Trump still refuses to concede the election and continues to assert it was stolen. He presides over a network of loyalists and allies who have sought to overturn the election (and erode public confidence in it) by mounting partisan state “audits” and escalating attacks on state election officials. When asked recently about the fraudulent claims and increasingly incendiary rhetoric, a Trump spokeswoman said that the former president “supports any patriotic American who dedicates their time and effort to exposing the rigged 2020 Presidential Election.”

Trump recently announced he would be hosting a news conference at his Mar-a-Lago resort in Florida on January 6.

“Remember,” he said in the announcement “the insurrection took place on November 3rd. It was the completely unarmed protest of the rigged election that took place on January 6th.” (Reminder: they were armed.) Trump then referred to the House investigation: “Why isn’t the Unselect Committee of highly partisan political hacks investigating the CAUSE of the January 6th protest, which was the rigged Presidential Election of 2020?”

READ: There was a method to the madness of the Trump coup memos

He went on to castigate “Rinos,” presumably referring to his opponents within the party, such as Republican Reps. Liz Cheney and Adam Kinzinger, who sit on the January 6 committee. “In many ways a Rino is worse than a Radical Left Democrat,” Trump said, “because you don’t know where they are coming from and you have no idea how bad they really are for our Country.” He added, “the good news is there are fewer and fewer RINOs left as we elect strong Patriots who love America.”

Trump has endorsed a primary challenger to Cheney, while Kinzinger will leave Congress at the next election. Trump and other Republicans have also moved to punish 13 House Republicans who bucked party leadership and voted for a bipartisan infrastructure bill in November.

4. All of this reveals a deep problem in America that must be addressed

Trump and his co-conspirators must be held accountable, of course. Hopefully, the Select Committee’s report will be used by the Justice Department in criminal prosecutions of Trump and his accomplices.

But this in itself will not solve the underlying problem. A belligerent and narcissistic authoritarian has gained a powerful hold over a large portion of America. As many as 60 percent of Republican voters continue to believe his lies. Many remain intensely loyal. The Republican party is close to becoming a cult whose central animating idea is that the 2020 election was stolen from Trump.

Trump has had help, of course. Fox News hosts and Facebook groups have promoted and amplified his ravings for their own purposes. Republicans in Congress and in the states have played along.

But even with this help, Trump’s attempted coup could not have gotten this far without something more basic: A substantial portion of the American population feels an anger and despair that has made them susceptible to Trump’s swagger and lies.

It is too simplistic to attribute this solely to racism or xenophobia. America has harbored white supremacist and anti-immigrant sentiments since its founding. The despair Trump has channeled is more closely connected to a profound loss of identity, dignity and purpose, especially among Americans who have been left behind – without college degrees, without good jobs, in places that have been economically abandoned and disdained by much of the rest of the country.

The wages of these Americans have not risen in forty years, adjusted for inflation, even though the economy is now three times larger than it was four decades ago. The norm of upward mobility has been shattered for these Americans. Through their eyes, the entire American system is now rigged against them.

This part of America yearns for a strongman to deliver it from despair. Trump has filled that void. To be sure, he’s filled it with bombast, lies, paranoia, and neofascism. But he has filled it nonetheless.

The challenge ahead is to fill it with a democracy and economy that work for everyone. Unless we understand and respond to this fundamental truth, we will miss the true meaning of January 6.