BIG E is rooting for New Day pals Kofi Kingston and Xavier Woods to win the Men’s Royal Rumble Match – but insists he ‘can’t envisage’ them challenging him.

The three men are multi-time tag team champions and have become one of the greatest and most popular factions in wrestling history since forming in 2014.

Now Big E is riding high as the WWE champion while the company prepares to begin the road to WrestleMania.

But tomorrow he has not one, not two, but THREE men attempting to snatch his most-coveted possession at the Day 1 pay-per-view on January 1.

He takes on Seth Rollins, Kevin Owens and Bobby Lashley in a match knowing that he could lose the championship without even being pinned himself.

Should he come through that, he will then be heading to the Rumble as champ knowing that the winner of the over-the-top-rope extravaganza could challenge him at Mania.

The star recently spoke exclusively to Sun Sport as tickets went on sale for the two-night WrestleMania 38 on April 2 and 3 at the AT&T Stadium in Dallas/Arlington, Texas.

And when asked whether it would be a dream or a nightmare scenario to face one of his best friends in the main event of WrestleMania, he replied: “That’s a great question and something I’ve never considered. Man, I root for those two so much.

Most read in WWE

“As much as we’ve spoken about never fighting or touching each other, and we feel very serious about that, we’d have to have a conversation.

“I’d love to see one of those two win the Royal Rumble and get all of the success in the world.

“So that would be something that we would have to talk about because I am the WWE champion.

“But the thing is, winning the Rumble, you can pick which side you want to go after. So maybe they go after [Universal Champion] Roman [Reigns] – I just can’t envision a scenario where we are after each other or trying to hurt each other or beat each other up as we’ve been through so much together.

“Those guys are truly family, and I know that it can sound cliche and boring to some, but that’s truly how we feel.

“I’m so grateful for those two and want them to have all the success in the world because they deserve it.

“But I wouldn’t envision a Big E vs Kofi or Big E vs Woods match anytime soon.”

The Royal Rumble match is one of the most popular on the WWE calendar and has provided countless epic moments throughout the years.

And Kingston’s great survivals have earned legendary status – and it’s no surprise they top the list when Big E was quizzed about his favourite Rumble moment.

He said: “It’s hard not to pick one of the Kofi saves as they are so good. The one that I remember most, just because I was a part of it, is the one where Kofi goes out and lands on a plate of pancakes.

“Woods taught me how to basket-toss – he was a cheerleader for a little bit in high school – and we basket-tossed Kofi back into the ring.

“To be part of one of those epic Kofi moments, it was one that I fondly remember.

“There’s one when he gets clotheslined outside the ring and lands on my shoulders and we kind of just run around for a little bit – that was another one.

“So many people love the Rumble and it’s their favourite event of the year.

With the championship belt around his waist, it seems nothing can scare the powerhouse. 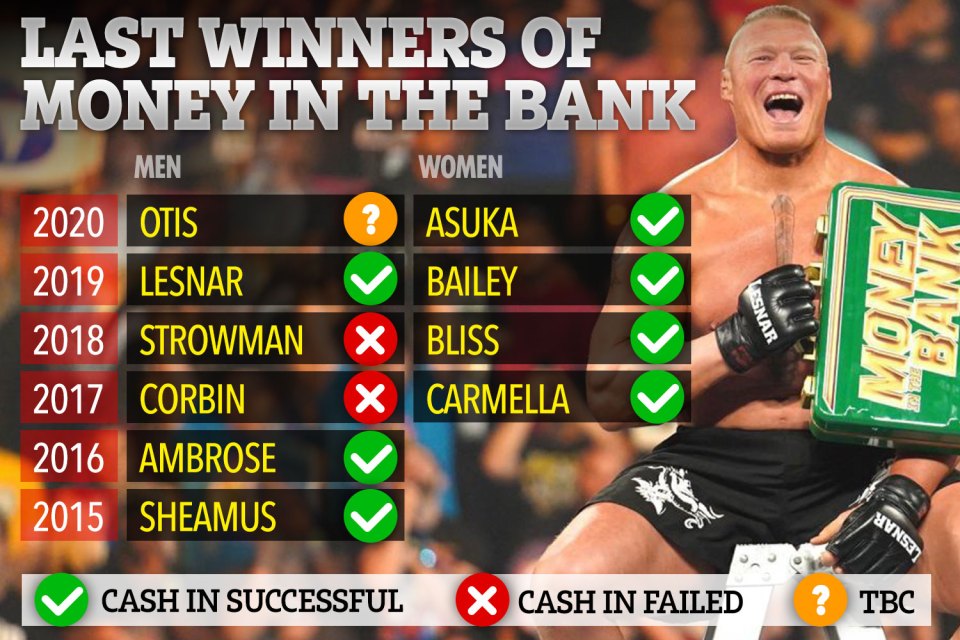 But Big E did admit he used to be terrified of Papa Shango while watching WWE as a child.

He added: “Someone who scared me as a kid was Papa Shango. When he made Ultimate Warrior vomit – there was a lot of stuff that Papa Shango did. Any of that spooky stuff.

“Also, the Dungeon of Doom in WCW. When you look back a lot of people say that was very silly and I get that, but as a kid, it was just terrifying.

“Those scary characters that have powers, those are the ones that really spooked me as a kid.”

Embiid and the 76ers face the Wizards