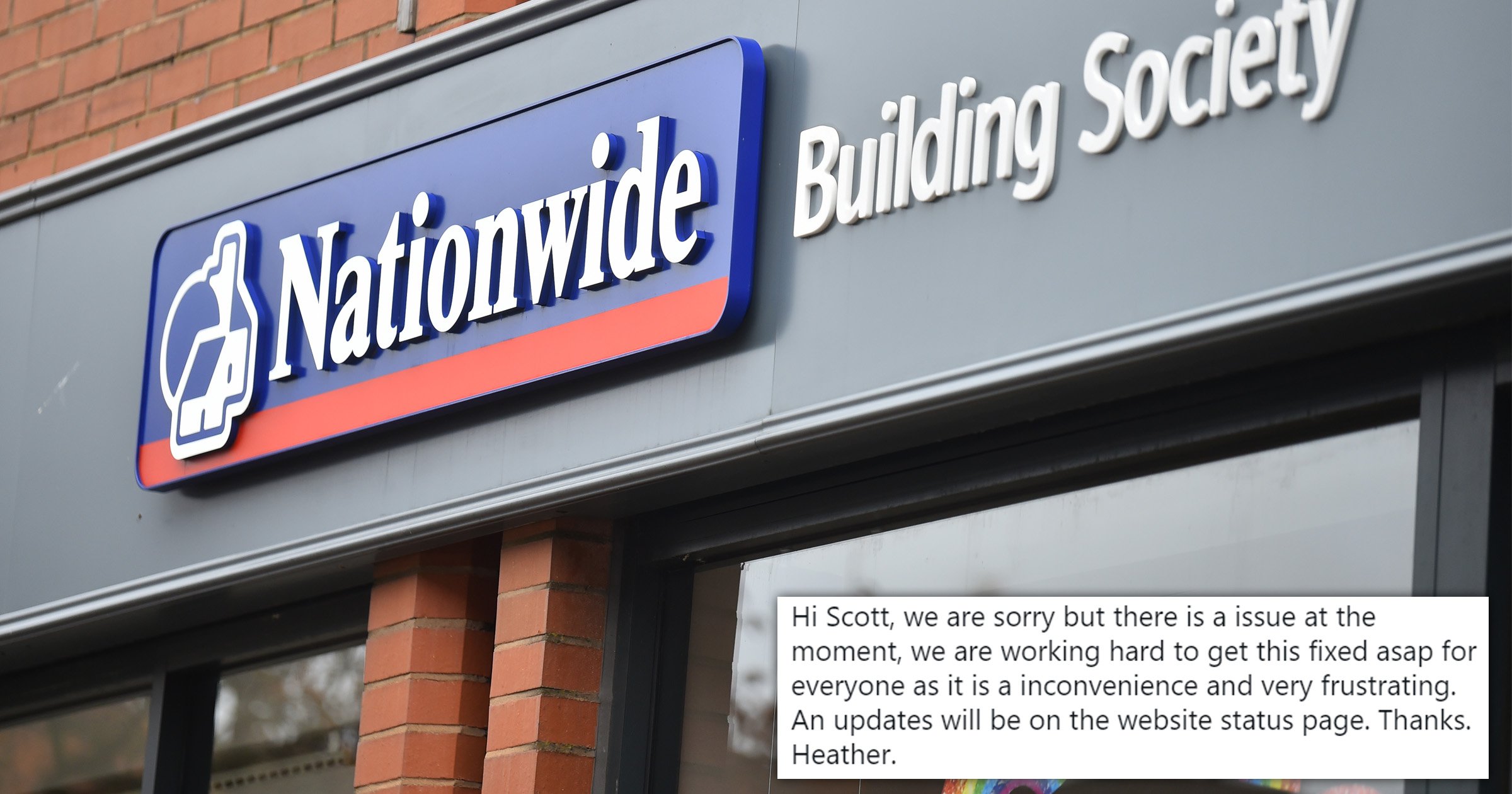 Nationwide customers woke up on New Year’s Eve to find their wages had not been paid after the bank suffered delays processing payments overnight.

The issue, which has now been resolved, left people panicking about paying their bills and feeding their children.

According to Downdetector, problems started late last night and by 7:30am more than 800 issues had been reported.

Worried customers vented on social media that they could not receive any money.

One person said: ‘Currently waiting on wages. Have zero food in the house to feed my two-year-old and husband can’t even get to work as need money for petrol.’

Another tweeted: ‘You are quick to take our money but we can’ access our wages which we’ve worked hard for.’

Nationwide apologised for the problem.

The company tweeted: ‘Sorry, there’s currently a delay affecting some incoming payments. Your payment will be processed and you don’t need to do anything.’

However, customers complained about the lack of time scale to resolve the issue, with many due to pay bills in the coming days.

One person said: ‘My wages are not showing in my bank account. All my bills and standing orders to go out tomorrow!.’

By 9am on Friday, Nationwide began tweeting customers that the issue had been fixed and assured them it was a ‘one off’.

It is the second time Nationwide customers have been affected by problems in less than a fortnight.

People were unable to send or receive money just days before Christmas due to errors experienced on December 21.

Asked about today’s issue, a spokesperson said there had been an overnight delay to some payment types, although it was resolved this morning, with payments now being processed as normal.

The statement said: ‘There was a delay on members receiving some types of payments to their accounts overnight.

‘The issue was quickly resolved this morning and payments are being processed.

‘The delay impacted payments such as scheduled credits to accounts, Standing Orders and Direct Debits. We apologise for any inconvenience caused.

‘Any member who needs our support as a result of this issue can visit us in branch, contact us on 0800 302 011 or via Twitter (@AskNatiownide).’

Got a story? Get in touch with our news team by emailing us at webnews@metro.co.uk. Or you can submit your videos and pictures here.

Scientists Are Sequencing the Genome of Every Complex Species on Earth

Griselda: Who is in the cast of the Netflix series?