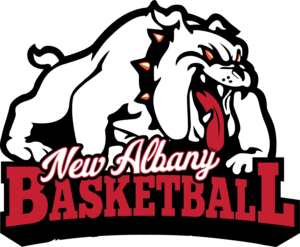 BOSTON — Injuries, illness and a 4 for 42 from deep hampered the Boston Celtics again as they dropped their third straight game, 91-82 against the Los Angeles Clippers on Wednesday at TD Garden.

Romeo Langford, who was in the starting lineup for the Celtics for the fourth straight game with leading scorer Jayson Tatum out, went 2 for 6 and scored 4 points in the loss. The New Albany native was 0 for 3 from behind the 3-point arc but had 4 rebounds and a blocked shot.

“I don’t think we were forcing shots,” Brown said. “I thought we got a lot of open looks that didn’t go down. I think it’s unfortunate timing because we wanted to respond from last game. A lot of those guys came out ready to fight and we just came up short. Despite what the statistics say, if you have an open shot, you’ve gotta shoot it. I tell Romeo (Langford), I tell Payton (Pritchard), I tell myself, ‘If you’re open, you’ve got a good look, you’ve gotta take it.’ I had some good looks tonight. I know I shot the ball probably the most I’ve ever shot it in my career, but I had some open shots and I missed some. I missed some shots at the basket, didn’t go in, but I felt like they were good looks.”

Robert Williams was the only other Celtic in double-figures. He finished with 16 points and 14 rebounds. Marcus Morris’ 23 was tops for the Clippers. L.A. was playing without All-Stars Paul George (elbow) and Kawhi Leonard (knee).

“We defended well the whole game, giving up 91 points, so we were solid as far as that,” first-year Celtics coach Ime Udoka said.

The Celtics, who have lost three in a row, are 16-19 heading into a New Years Day showdown with reigning Western Conference champion Phoenix at 1 p.m. At 27-7, the Suns are tied with Golden State for the best record in the NBA.

How Nas is changing the way we think about celebrity NFTs