Ryan Blackburn @NBABlackburn
NEW episode of Pickaxe and Roll is up!
Discussed Nuggets-Warriors being postponed, along with:
-Denver’s injury report
-Davon Reed and Rayjon Tucker
-How Denver can still find ways to win these next few weeks
-The Western Conference tiers denverstiffs.com/2021/12/30/228… – 1:00 AM

John Karalis @John_Karalis
The Friday Locked On NBA signed me to a hardship contract to podcast with @Adam Mares, so we talked about tonight’s games, Draymond being pissed about the Dubs/Nuggets postponement, & we power ranked the five biggest winners of 2021
Watch the show: https://t.co/iVwIFRIQhF pic.twitter.com/YpmQhVX5lb – 11:39 PM 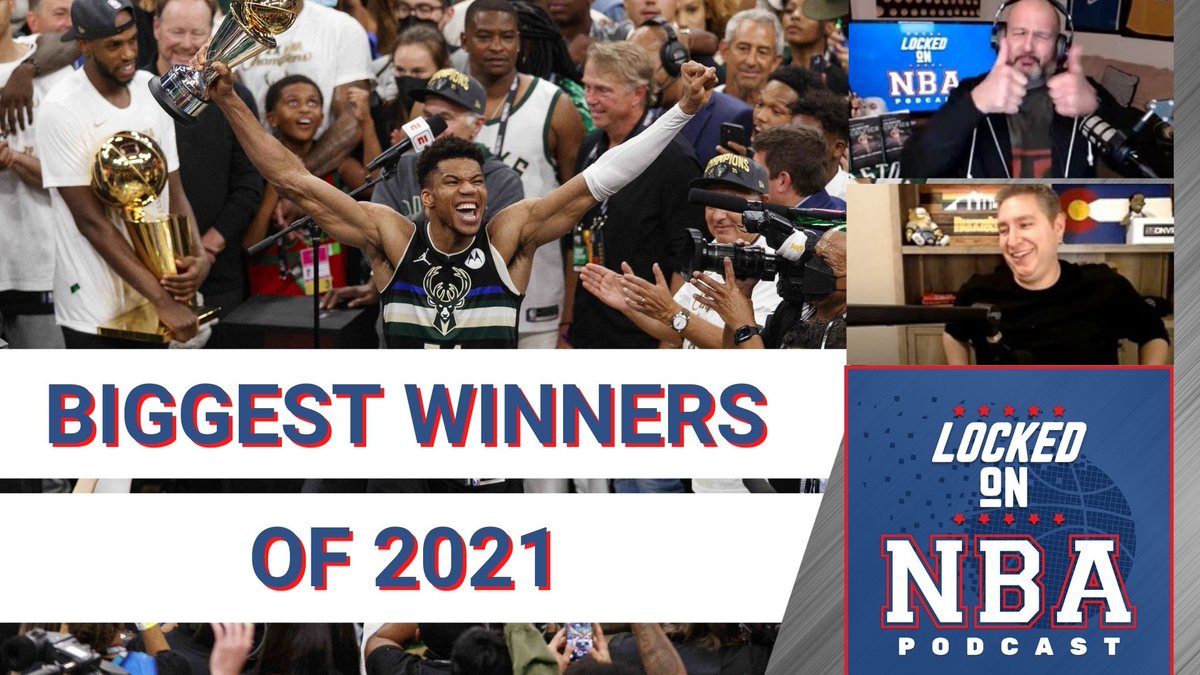 Connor Letourneau @Con_Chron
The postponement of Thursday night’s game against the Nuggets brought at least one silver lining for the Warriors: For the first time since he suffered a torn ACL in Game 6 of the 2019 Finals, Klay Thompson scrimmaged with Stephen Curry. sfchronicle.com/sports/warrior… – 10:41 PM

Harrison Wind @HarrisonWind
Nuggets just announced that they’ve signed Davon Reed to a third 10-day contract. Reed will be eligible to play in the Nuggets’ next four games (at HOU, at DAL, vs. UTA, at SAC) on this 10-day. – 9:52 PM 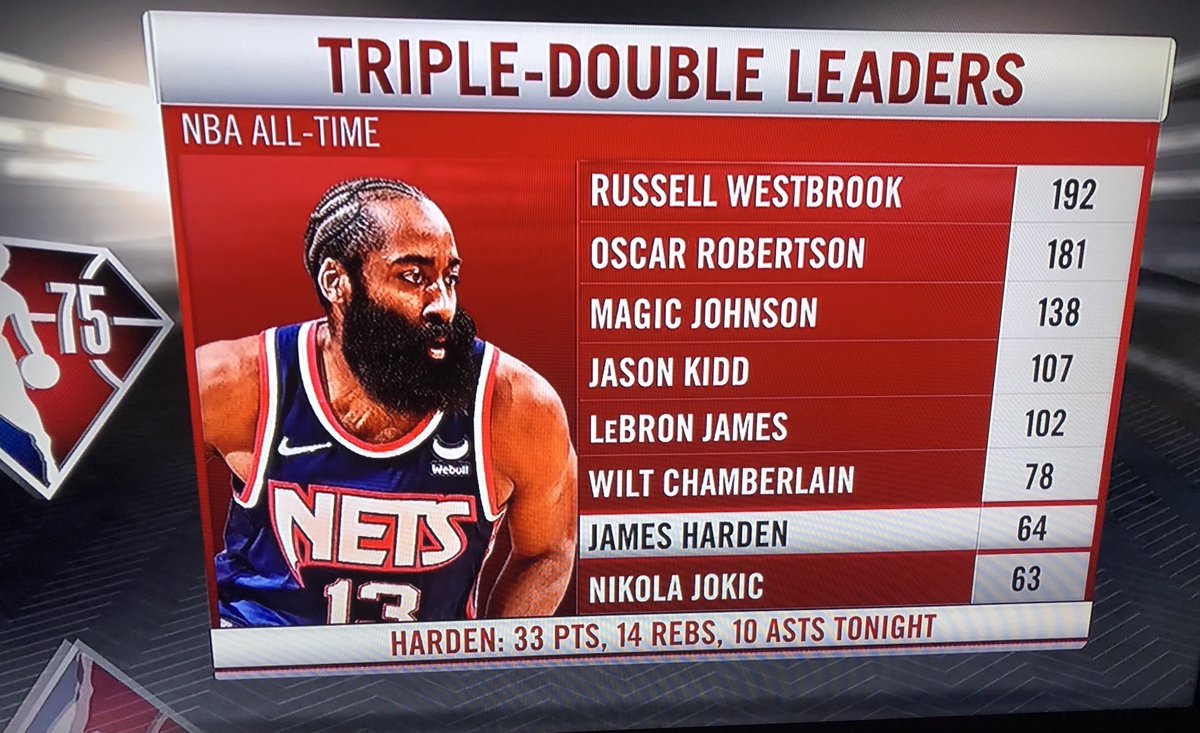 Anthony Slater @anthonyVslater
Steve Kerr on James Wiseman entering protocol: “Minor setback, but yet another one.”
Belief is Wiseman will exit protocols quickly and be able to advance to on court contact work pic.twitter.com/0gVbAKuLBH – 9:39 PM 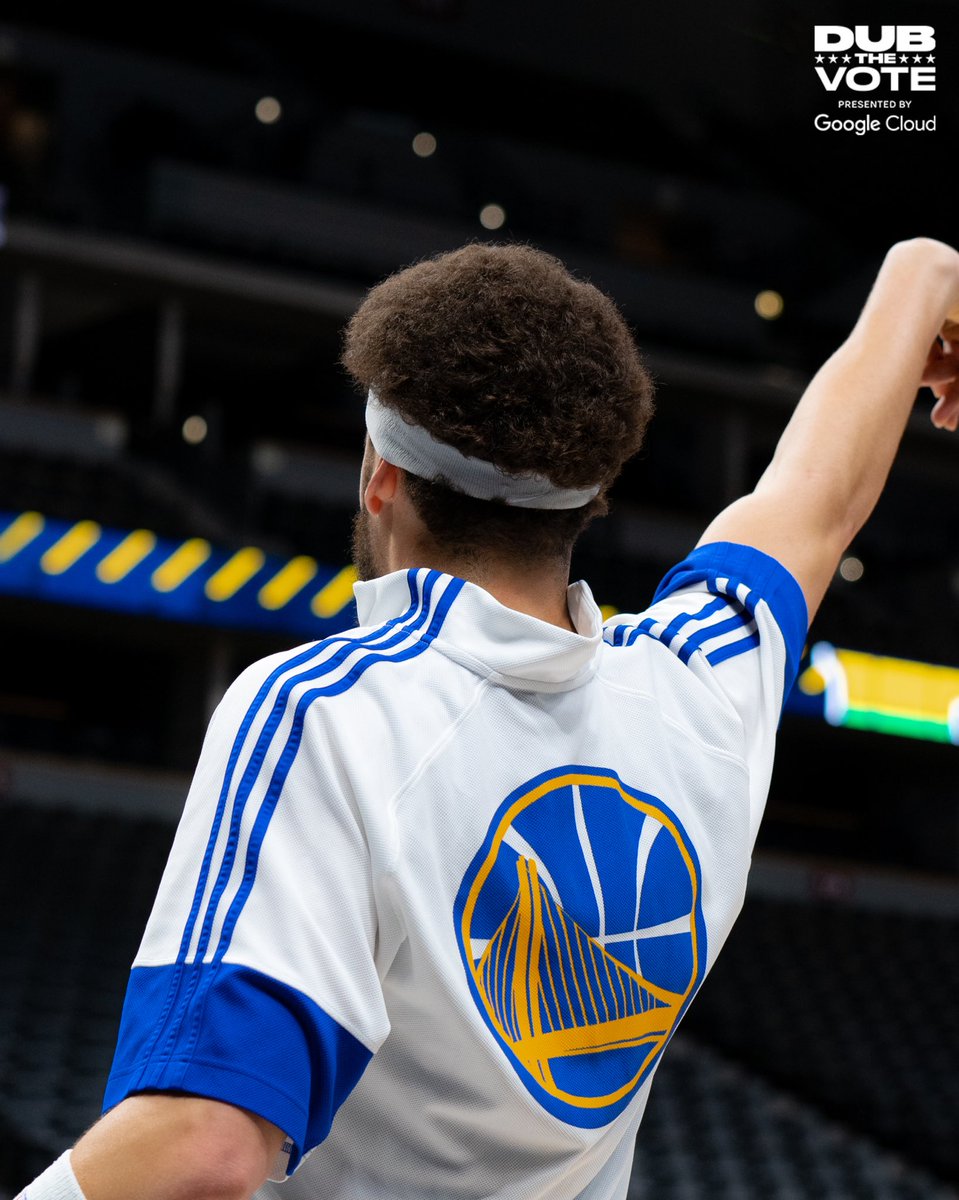 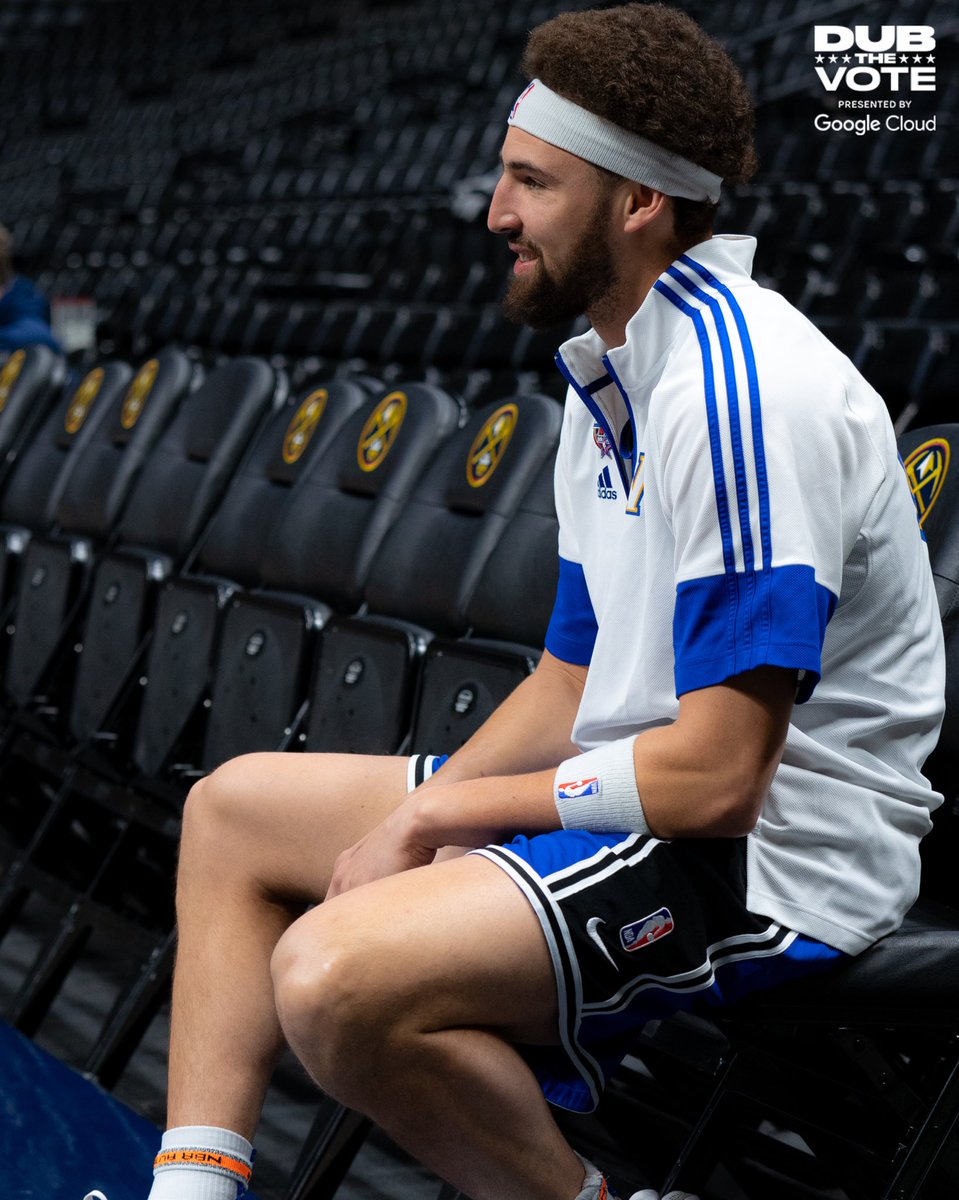 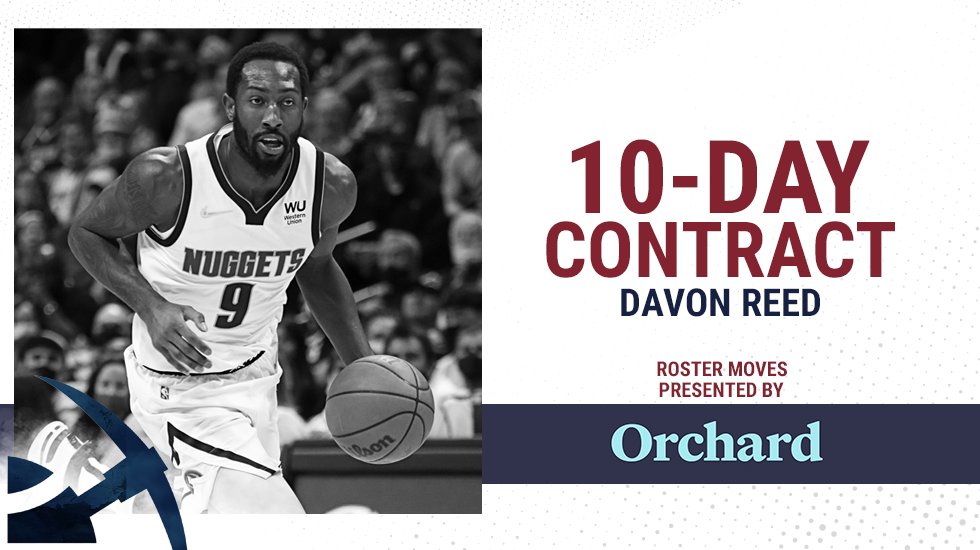 Anthony Slater @anthonyVslater
Klay Thompson took part in a scrimmage today in Denver on the same team as Steph Curry and Andrew Wiggins. First time he’s ever played with Wiggins.
Here is Kerr on it. pic.twitter.com/nemwSrNSoP – 9:25 PM

Anthony Slater @anthonyVslater
Steve Kerr: “Klay (Thompson) will start when he comes back. I’m not gonna mess around, bring him off the bench or any of that.” pic.twitter.com/yHX1cYttcN – 9:16 PM

Connor Letourneau @Con_Chron
Steve Kerr called James Wiseman’s presence in the health and safety protocols “a bump in the road.” Acknowledged that the timing was unfortunate, given that Wiseman was about to get cleared for 3-on-3 work, – 9:05 PM

Anthony Slater @anthonyVslater
Jordan Poole is officially clear for his return, per Steve Kerr. Would’ve played tonight in Denver, will play in Utah on Saturday. – 9:02 PM

Connor Letourneau @Con_Chron
Steve Kerr made one thing clear tonight: Klay Thompson will start right away when he comes back. – 8:59 PM

Connor Letourneau @Con_Chron
A silver lining to the postponement: For the first time tonight since the 2019 Finals, Klay Thompson scrimmaged with the starters, including Steph Curry. – 8:59 PM

Tony Jones @Tjonesonthenba
Between Durant and LeBron and Steph and Giannis and Jokic, the NBA has a super strong top five right now – 8:42 PM

Kyle Neubeck @KyleNeubeck
22 in the first half for Embiid, including a banked in stepback three in the final minute. Sixers need one of Harris or Curry to get going in the second half – 8:07 PM 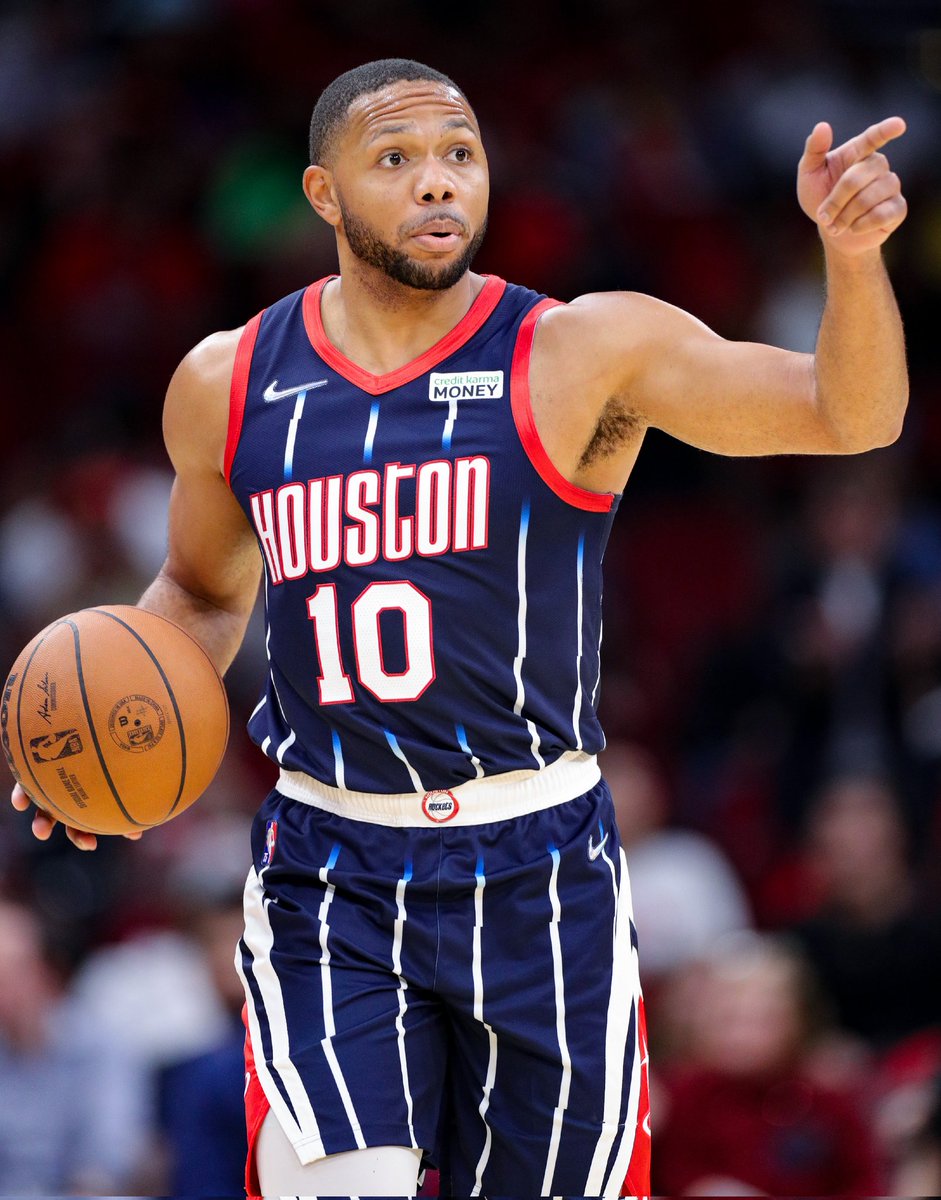 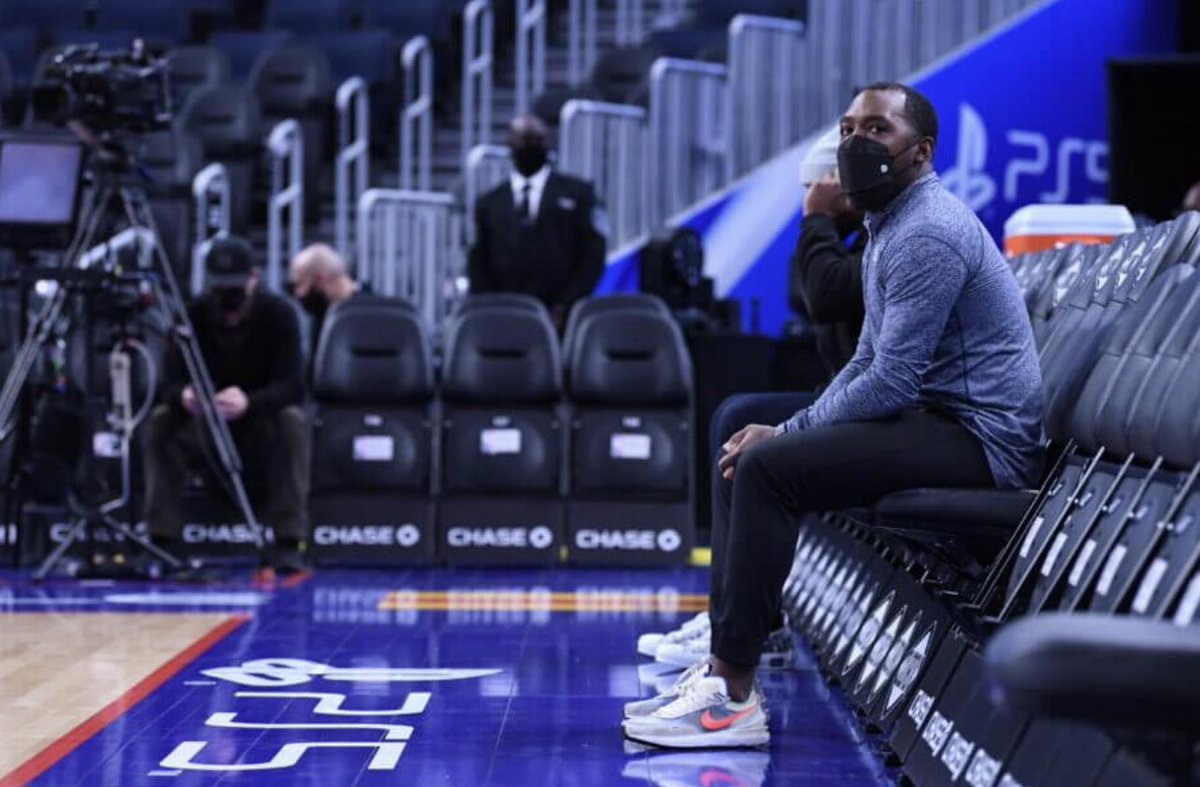 Gina Mizell @ginamizell
The good: Sixers off to a great start, leading 10-2 after that Thybulle beakaway dunk.
The bad: Seth Curry is walking gingerly to the Sixers’ huddle. – 7:15 PM

Alex Schiffer @Alex__Schiffer
Sixers start off hot, lead 10-2 prompting Steve Nash to call timeout. Embiid and Curry with a pair of 3s, Matisse Thybulle with a dunk off a steal. Nets just 1-for-6 from the field to start. – 7:14 PM

Ryan Blackburn @NBABlackburn
So, we have wildfires today and a winter storm warning tomorrow in Denver.
2021 has really sucked. What a way for it to end. – 6:33 PM

Tim Reynolds @ByTimReynolds
Today in the NBA:
– Warriors-Nuggets off
– Rivers, Malone in protocols
– Raptors attendance will be capped at 1,000
– Mario Chalmers returns to Heat
apnews.com/article/corona… – 6:17 PM

Connor Letourneau @Con_Chron
With tonight’s game postponed, the Warriors are practicing in Denver. Will have updates from media availability. – 5:50 PM 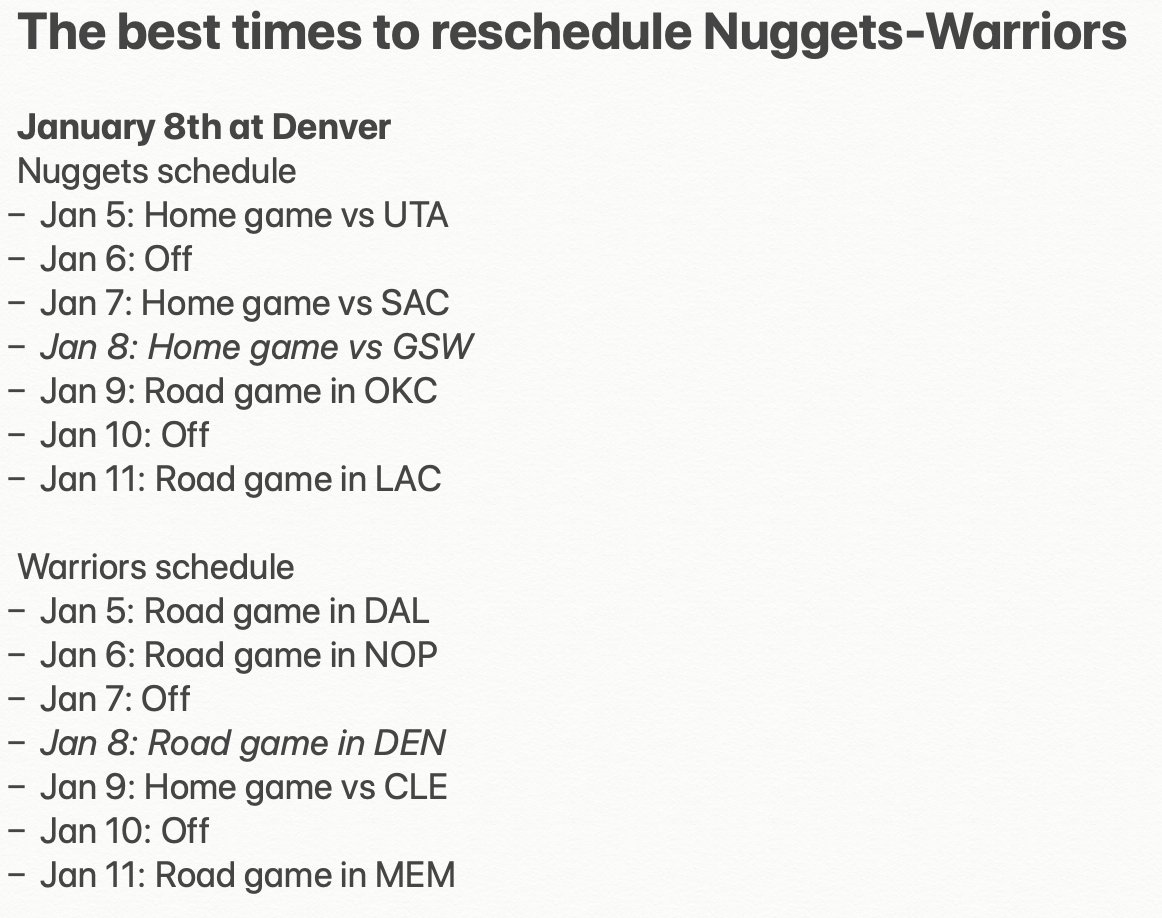 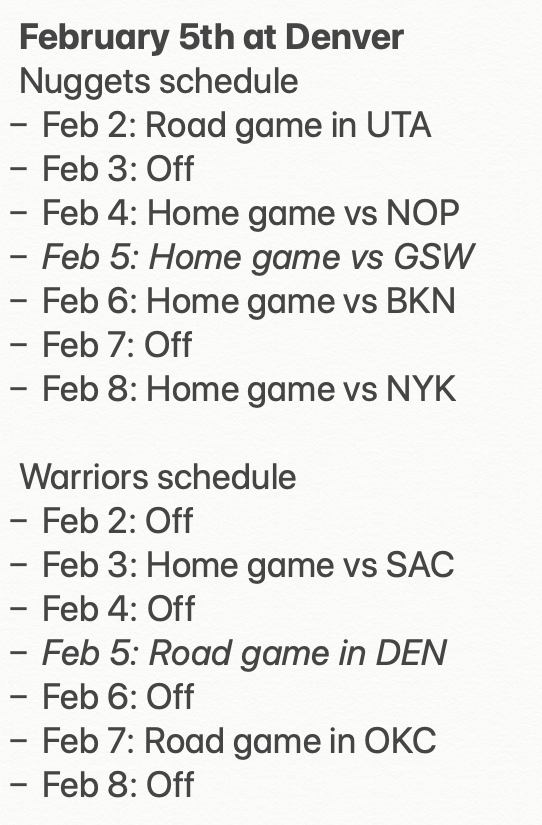 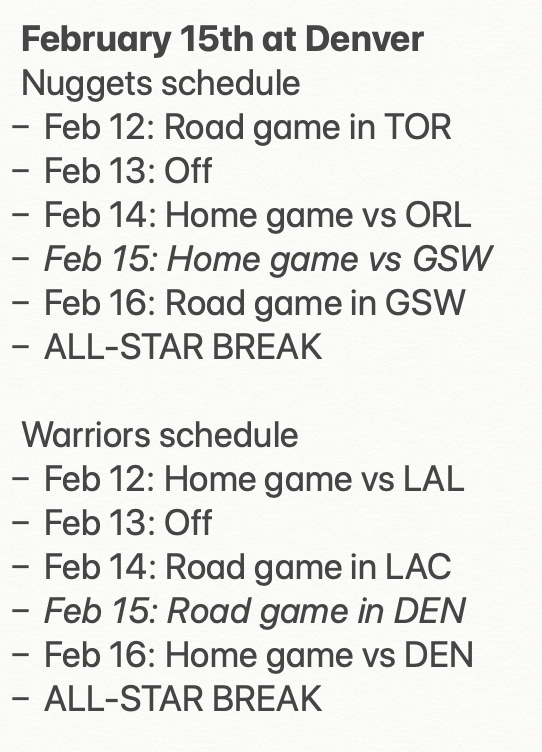 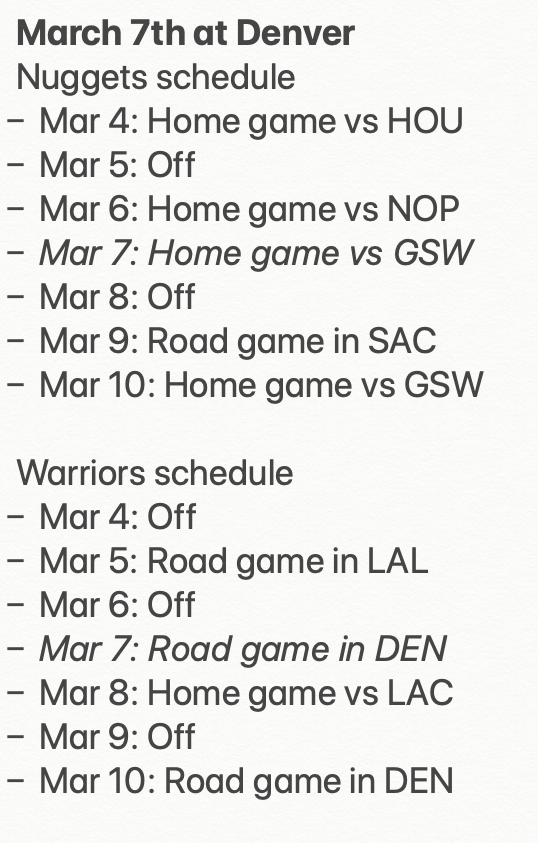 Chris Biderman @TheWarriorsWire
The NBA is postponing the Golden State Warriors vs. Denver Nuggets game on Thursday due to health and safety protocols. warriorswire.usatoday.com/2021/12/30/nba… – 5:08 PM

Adam Zagoria @AdamZagoria
The NBA announced today that the Golden State Warriors at Denver Nuggets game scheduled for tonight at Ball Arena has been postponed. The Nuggets do not have the league-required eight available players to proceed with the game against the Warriors. – 5:08 PM

Michael Singer @msinger
Think about this: When you would’ve needed Davon Reed’s 10-day to become official just so you’d get to within one of the required total, and THEN need an injured guy to play, it’s time to postpone the game. – 5:00 PM

Michael Singer @msinger
The #Nuggets didn’t have any new positive cases when the decision was made to postpone, but it would’ve required one or two of their questionable players (Gordon, Morris, Cancar, Rivers) to play. Gordon, Morris and Cancar all missed Tuesday’s game vs. GSW.
denverpost.com/2021/12/30/nba… – 4:56 PM

Draymond Green @Money23Green
Not to mention, this will more than likely add a back to back to our schedule, which is also advantage Denver. – 4:56 PM

Draymond Green @Money23Green
So when the game is rescheduled(which will probably take a day away from our “break”), we wil play them at full strength… But they got to sneak a win when we weren’t at full strength, only two days ago??? Let’s make it make some sense here. – 4:54 PM

Connor Letourneau @Con_Chron
The latest on Nuggets-Warriors, which has been postponed because of a COVID-19 outbreak among Denver: sfchronicle.com/sports/warrior… – 4:53 PM

Kendra Andrews @kendra__andrews
As you know by now, Warriors v. Nuggets has been postponed. With 11 players on the injury list — due to covid protocols and other injuries — Denver doesn’t have the needed 8 player minimum available. – 4:50 PM

Draymond Green @Money23Green
How do you continue to cancel games when you’ve implemented rules to prevent this from happening? Is that not a competitive advantage for other teams? The guys we didn’t have due to the protocol list played no role in Tuesdays loss? Pick a side but don’t straddle the fence. – 4:49 PM

Wes Goldberg @wcgoldberg
Mario Chalmers had been with the Nuggets’ G League affiliate but the process to sign a 10-day contract began this morning so that he could be available for tomorrow night’s game in Houston. Chalmers has been training in Miami prior to signing his G League contract. – 4:49 PM

Michael Singer @msinger
The #Nuggets don’t have any new positives, I’m told. This was a practical decision. – 4:48 PM

Golden State Warriors @warriors
Tonight’s game against the Denver Nuggets has been postponed.
The Nuggets do not have the league-required eight available players to proceed with the game. pic.twitter.com/YweJfia1Vn – 4:47 PM 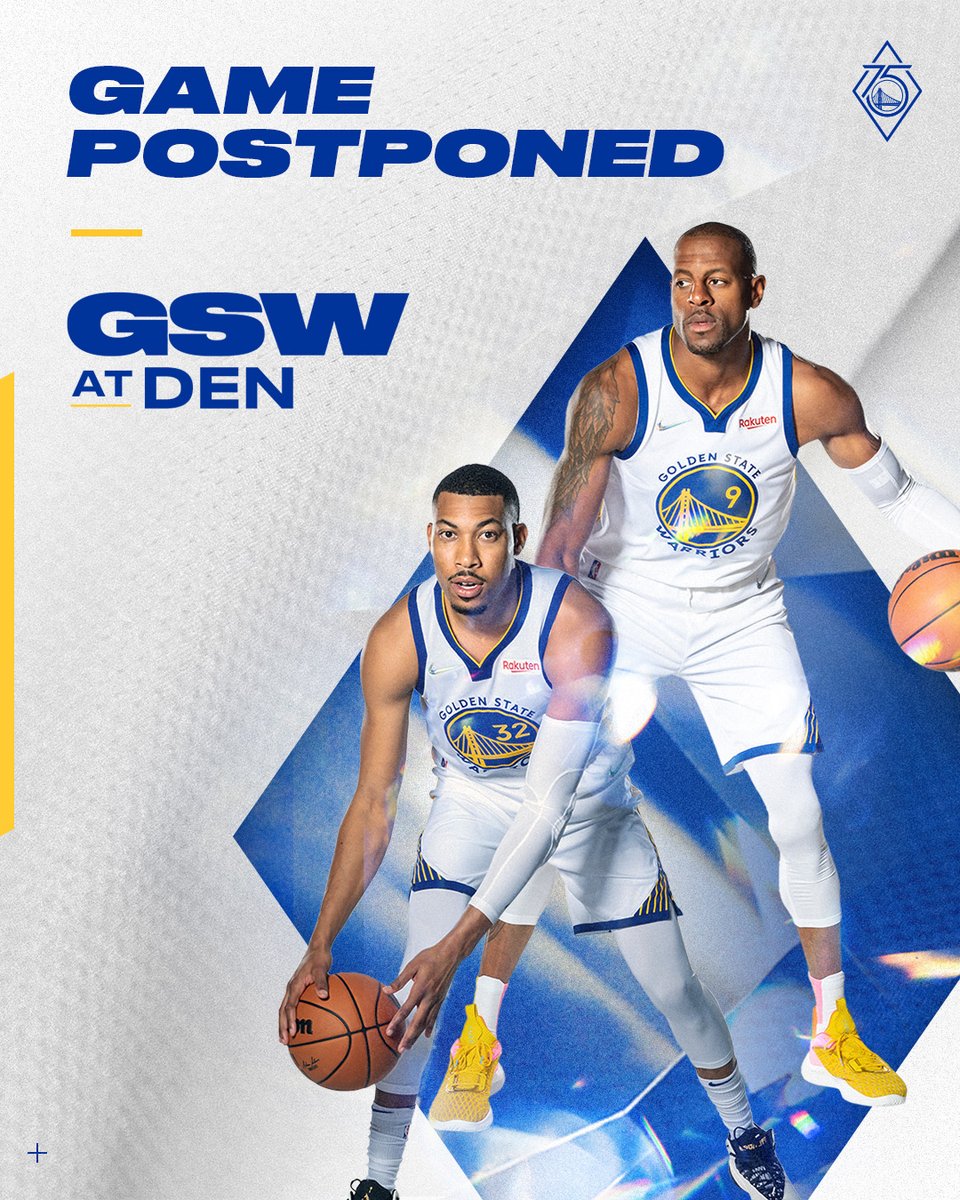 Keith Smith @KeithSmithNBA
No late game tonight. It was a light night already games-wise and it got even lighter with the GSW-DEN postponement.
Only three games, all at 7:00 PM ET:
PHI-BKN
CLE-WAS
MIL-ORL – 4:46 PM

Kevin Chouinard @KLChouinard
I mean, the Nuggets have been devastated by injury more so than illness and it’s still a bad process.
Teams that know they’re skirting close to low numbers need to have hardship contingencies lined up ready to go. – 4:45 PM

Denver Nuggets @nuggets
Tonight’s game against the Warriors has been postponed due to health and safety protocols. pic.twitter.com/zXpnAVetBl – 4:38 PM 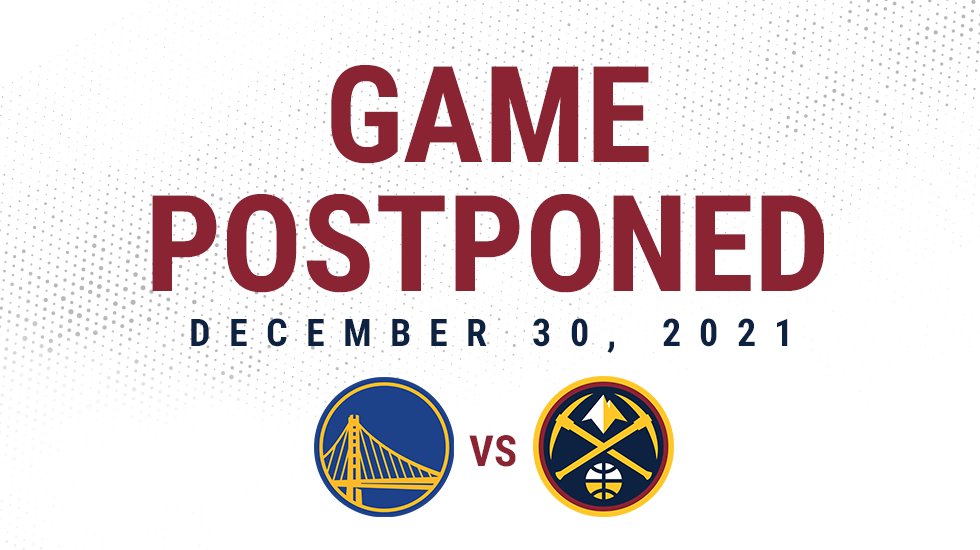 Harrison Wind @HarrisonWind
Can confirm that Nuggets-Warriors tonight is postponed. Denver doesn’t have eight players available. It’s the Nuggets’ second postponement of the season. Next up on the schedule: a two-game road trip Saturday/Monday in Houston/Dallas. – 4:37 PM

Tim Reynolds @ByTimReynolds
As Woj, Shams, @Michael Singer and probably more have tweeted in the last 206 nanoseconds, Nuggets-Warriors is off. – 4:35 PM

Multiple flights to US suspended over 5G fears

TikTok creators are criticizing the media and the public for a lack of attention on Lauren Smith-Fields, a Black woman who was found dead after a Bumble date