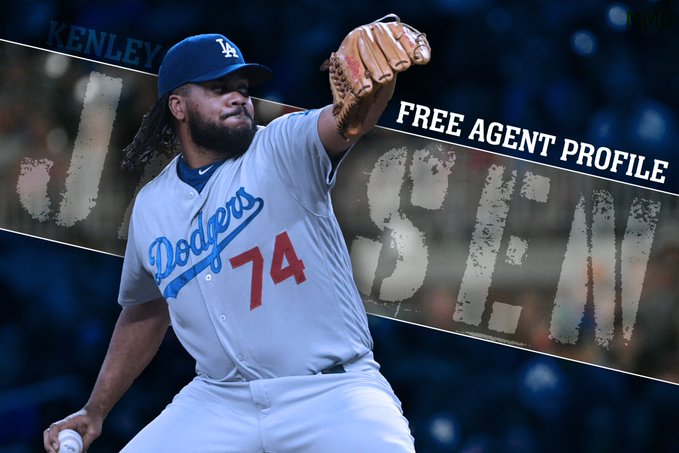 Kenley Jansen has been one of the best closers–if not the best closer–in baseball over the last decade. First arriving with the Dodgers in 2010, he took on the majority of the team’s closing opportunities right around the time he entered arbitration. Since his 2012, he has the most saves in the majors with 341, besting the likes of Craig Kimbrel and Aroldis Chapman, and he has the third-best save percentage over the same span (behind the two aforementioned closers) among relievers who’ve thrown in at least 300 games.

His 2021 season was his best results-wise in five years, notching a 2.22 ERA (3.08 FIP) over 69 innings. His walk rate was high–12.9 percent, which is more than you’d want from any reliever let alone your closer–but that’s an anomaly for a pitcher who’s stayed under a 9 percent walk rate for just about his entire career.

Jansen’s come a long way from this:

While Jansen lost vertical break and spin on his all of his pitches around the time MLB cracked down on foreign substances, as Daniel Brim of Dodgers Digest points out, his effectiveness with each pitch remained pretty consistent outside of a rough patch in July.

All that being said, it was largely status quo for Jansen overall, while stats below the surface–xERA, xSLG, hard hit percentage, strikeout percentage–stayed pretty similar to what they were from 2018 through 2020. When you’re a reliever packed in high intensity situations in smaller sample sizes, a three-run home run or a fly out to the warning track can mean the difference of nearly half an ERA point at the end of the year. This season, Jansen likely saw one or two of those situations swing his way, especially as he walked guys at a rate higher than he had before.

Jansen is coming off a five-year, $80 million contract that he signed ahead of the 2017 season. He was worth every penny (despite what some Dodgers fans may believe), accumulating 161 saves and a 2.67 ERA in 296 1/3 innings in those four-and-a-half seasons (remember: COVID). That’s the most saves and third-best ERA in that span, trailing just Josh Hader and Felipe Vazquez (a convicted sexual predator who is no longer in baseball) in the latter stat.

While he won’t get the same length of a deal at age 34, it wouldn’t be surprising to see him get close to a similar AAV on a shorter two- or three-year contract, with the shorter the years, the larger the AAV. He won’t get the total money someone like Rasiel Iglesias got ($58 million), but he may top his $14.5 million AAV.

MLB Trade Rumors projected Jansen nabbing a two-year, $26 million deal, Spotrac says two years and $20 million and FanGraphs has Jansen getting a two-year, $24 million deal. He may get a couple more million per year than his projections from a team like the Mets, who are clearly willing to spend to ensure they’re competing with the top ranks of teams.

After shoring up the team’s starting lineup pre-lockout, one of the Mets’ primary concerns post-lockout is rectifying the bullpen. The team lost Aaron Loup and Jeurys Familia, who appeared in 65 games each for the Mets, and there are still questions if Edwin Diaz can consistently lock down games three years into his Mets tenure. (It will likely be his last with the team, too, barring a team-friendly extension ahead of his free agency next year.)

Signing Jensen would require money–the team has been no stranger to that this offseason–but any deal beyond this one would help the team establish more consistency in its bullpen beyond 2022. For the 2022 season, though, he’d give Buck Showalter a significant option to close out games alongside Diaz. Those two, along with Trevor May and Seth Lugo, would give the Mets one of the more formidable back-end bullpens in the league.

The team would still need depth pieces–a lefty to replace Loup, among other arms–but the Mets should go after the biggest fish left on the reliever market. (Let’s leave the conversation of the palpitations from watching Diaz and Jansen in close games for another day, please.) 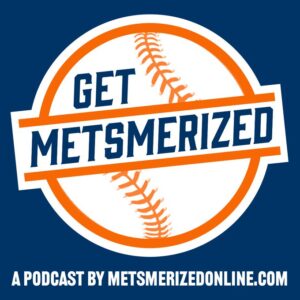 RIP Ian Alexander Jr.: Final Social Media Posts From Regina King’s Only Son Suggest His Career Was About To Take Off

When was Ozark season 4 released on Netflix and is it the last season?

Today24.pro
Bet £20 on Arsenal vs Burnley and get money back as cash if you lose, plus 176/1 prediction and tips with Paddy Power Topeka Tropics hold tryouts friday in Landon Arena Newcastle leading chase for James Tarkowski but will need big offer with Burnley still angry over Chris Wood transfer Man Utd star Victor Lindelof’s wife and kids terrified as burglars raid home while he was playing against Brentford