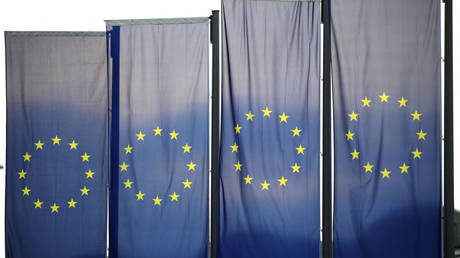 The politicization of vaccine and energy issues undermines the EU, the Hungarian foreign minister tells RT

Brussels should put politics aside when faced with crucial issues such as vaccination uptake and energy supplies, Hungarian Foreign Minister Peter Szijjarto told RT, calling for “better cooperation” with the East.

Speaking to RT on Friday, Szijjarto said the EU should work with the likes of Hungary and Russia to manage major challenges such as the Covid-19 pandemic, the economic recession, and the European energy crisis.

The minister pointed to Budapest’s “strategic decision” at the beginning of 2021 to include the Russian-made Sputnik V vaccine in its vaccine portfolio. “You cannot secure the life [of the people], you cannot guarantee energy supply by [just making] political statements. You have to be rational, you have to be pragmatic,” Szijjarto argued, adding that there was a growing demand in Europe for politicians to settle important issues in a more “practical” way.

I think one of the reasons the European Union [has been] weakening recently is that too many issues are being over-politicized and over-ideologized in Brussels.

Szijjarto expressed the hope that the European Medicines Agency would authorize the use of Sputnik V across the bloc. Budapest has been using the Russian vaccine as part of its inoculation program without having had a formal nod from the EU regulator.

The minister endorsed direct conversations between Russian President Vladimir Putin and his US counterpart, Joe Biden, as well as the US-Russia and NATO-Russia talks scheduled for early January. “For us Central Europeans, it’s extremely important that the East and the West, the United States and the Russian Federation, have a direct and continuous dialogue,” he said.

Putin and Biden spoke via video link on December 7 and by phone this Thursday in an attempt to defuse the tensions over Ukraine. Western politicians and media have been accusing Moscow of preparing for a potential military invasion of its southern neighbor, but Russia has repeatedly denied these claims.

Earlier this month, Moscow said it is seeking legally binding guarantees that NATO will not move closer to its borders and Ukraine will not be a part of the Washington-led military bloc. NATO rejected these proposals, but said it was willing to discuss ways of easing the tensions with Russia.

‘We have to show strength’: Calls grow for U.S. to deter Russian hackers