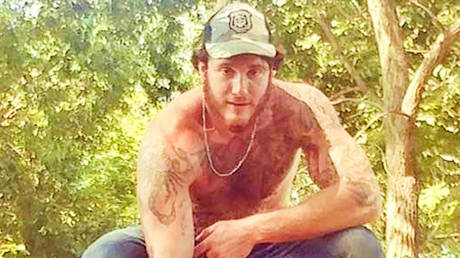 The family of MMA fighter David Koenig, who went missing in the US two years ago, say his cause of death remains a mystery after a forensic dentist identified his body in woodland

Lifelong amateur fighter Koenig, who had hoped to join the professional ranks, was last seen in February 2020 and was reported missing the following month.

Thousands of people are part of a Facebook group that had organized searches for Koenig before a man looking for deer antlers found his skeletal remains in the woods this week, according to the Branson Police Department.

Koenig's mother, Tracy, shared news of the discovery on social media and thanked mourners who left messages, with dozens gathering in a public meeting to pay tribute to the late fighter.

*** UPDATE*** We are saddened to bring you this update tonight. The remains of David Koenig were located last week in a wooded area in Branson Missouri. Police do not suspect foul play at this time. Thank you to all who helped share his story. pic.twitter.com/wehg4gorqG

When they said they found remains, first thing I thought was they were of the MMA guy.

"By sheer chance, a man walking his dog in a heavily wooded area off of Fall Creek Road came across our son's remains, as well as all of the belongings he had on him at the time," she said, describing herself as feeling "utter sadness".

"He was not shot, stabbed, no broken bones of any sort. He wasn’t robbed, as his tattered wallet was still in tact as well as the two silver necklaces he always wore, among some other things.

"All the rumors were false. Nobody killed Dave. Nobody. He left... on foot and never made it home. Why he was in distress, and why he walked through the deep woods, we most likely will never know.

"But he is gone. So please, no more rumors, no conspiracy theories, no blaming [local authorities].

Sad to hear of this young man's passing so early is life. A blessing that his family now know his where abouts. Praying that his family's soul's will someday be restored to know peace. May Dave rest in peace. ????

Billboards have been up in local areas for quite some time. There were also local news articles. I was praying it wasn’t him when they announced remains had been found.

"We do not want or need to hear your thoughts on what could have happened. It won’t bring him back, and we are in enough pain already."

CNN said that a forensic dentist had confirmed that the body belonged to Koenig.

A forensic pathologist reportedly found no trauma to Koenig's body. Police said the death "did not appear to be the result of foul play".

Officials are said to have searched properties in Taney and Stone counties in Missouri and across the state line in Boone County as part of the investigation, including excavations of 'suspicious areas' of ground.

Speaking before news outlets across the US broke the development, Koenig asked supporters to "give us our space while we comprehend and mourn this tragic loss of our beautiful, incredible, unforgettable son."

"Thank you all so much for being not only a huge support, but for going above and beyond and helping us to physically search for Dave, pay for billboards and private investigators, sharing my posts, calling in tips [and] handing out flyers all over the country," she wrote.

"Dave would feel so honored and loved. We are still figuring out memorial details and I will let you all know when I know. Big Dave is finally at peace."

A Boy Scouts executive has been arrested on multiple counts of sexual battery and child molestation: police