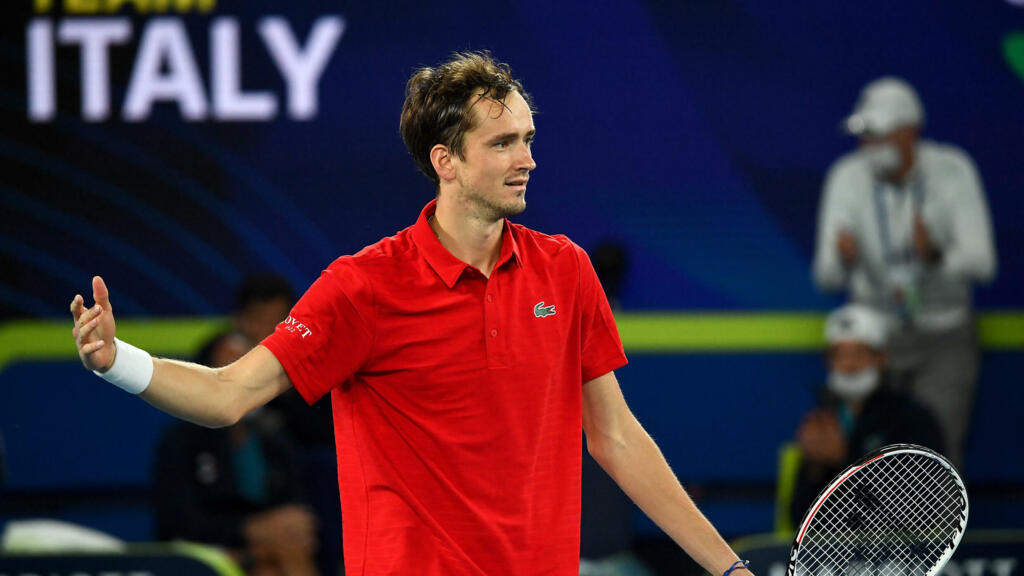 Three of the four team members that triumphed for a ruthless Russia in the final against Italy in 2021 withdrew ahead of the 16-team event in Sydney, which starts on Saturday. They included fifth-ranked Andrey Rublev, who contracted coronavirus at an Abu Dhabi exhibition this month. World number 18 Aslan Karatsev and world number 172 Evgeny Donskoy are also missing. Evgeny Karlovskiy and Roman Safiullin were drafted in at short notice. Rublev's absence is a big blow with both he and US Open champion Medvedev winning every singles tie they played on their way to lifting the trophy. But Medvedev is undeterred, despite Russia being in a tough group B that includes 2021 runner-up Italy, led by Matteo Berrettini, France and hosts Australia. Only the winning nation progresses to the semi-finals from each of the four groups in the season-open tournament, which runs until January 9. "Roman is going to be the underdog in probably all the matches, and that's good. He has great potential, great skills in terms of tennis," said Medvedev, who opens his campaign on Sunday against France's Ugo Humbert. "ATP Cup is a good chance for guys like this to win a lot of points, a lot of money, a lot of confidence coming into Australian Open quallies, and just become a better player. "So I'm confident in Roman, in the team who are going to just try to do our best and who knows, maybe to win the title." He added: "I like this kind of pressure. It makes you play better. I think it's going to make all of us four guys just play the best tennis that we can." A strong Italy boast not only world number seven Berrettini but Jannik Sinner, who is ranked 10, as their second singles player. Each tie comprises two singles matches and one doubles. Berrettini's clash with Medvedev on Thursday could be pivotal and the Italian knows he has his work cut out. "I mean, he's really solid. He's moving really well, playing deep, serving well, returning. He's not missing at all when he's playing good," he said of the Russian. "So especially on hard court he's probably, together with Novak (Djokovic), the best player we have now. "Personally last year I struggled to play against him, but I work hard to be ready for this match, so we will see." The ATP Cup gets underway on Saturday across two Sydney venues -- the Ken Rosewall Arena and Qudos Bank Arena. Inaugural champions Serbia, who are missing Djokovic, kick off against Casper Ruud's Norway while Chile begin against Spain, who are without Rafael Nadal as he also recovers from coronavirus. In other ties Saturday, Argentina face Georgia and Stefanos Tsitsipas' Greece take on Poland.

Bitcoin crashes 10% to a six-month low below $38,000, as cryptocurrencies follow tech stocks lower