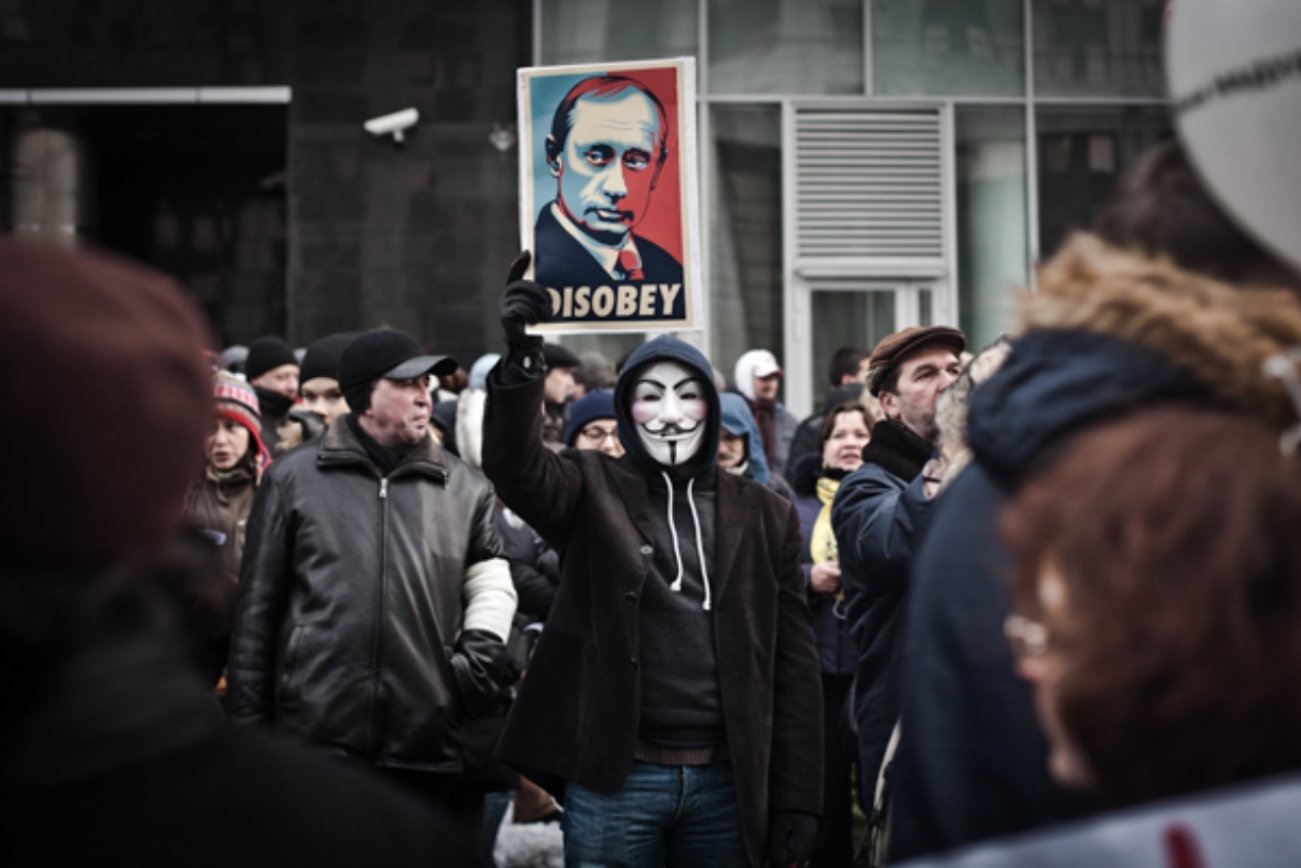 Russia has been rocked by a second wave of anti-government protests following the detention of prominent opposition figure Alexei Navalny.

Here's What You Need to Remember: As with last week’s actions, the demonstrators were united less by their political support for Navalny than by their shared opposition to the Kremlin.

Russia has been rocked by a second wave of anti-government protests following the detention of prominent opposition figure Alexei Navalny. Demonstrators gathered across a slew of Russian capital cities, with the two greatest concentrations being in Moscow and St. Petersburg. Turnout numbers remain contested, as the Navalny team offers estimates that are widely divergent from those given by Russian authorities. There is, however, a rough consensus around an estimated 4,000 to 5,000 arrests following widespread clashes between protestors and police. Not all of these on-site arrests resulted in detention, and even fewer are likely to lead to criminal convictions. For a sense of comparative scale, consider that, of the roughly 1,500 demonstrators detained in Moscow during last week’s protests, the majority were promptly released with little to no jail time. 441 participants were charged with the minor infraction of attending an “unsanctioned” political event—only a handful of protestors, most of whom are accused of violently assaulting police officers or exposing others to Covid-19, are facing detention with the possibility of prolonged imprisonment.

As with last week’s actions, the demonstrators were united less by their political support for Navalny than by their shared opposition to the Kremlin. Some, especially in St. Petersburg, expressed frustration with Russia’s coronavirus-related lockdown measures. Others were regional activists, including far-eastern demonstrators expressing pent-up grievances over the arrest of Khabarovsk Krai Mayor Sergei Furgal in the summer of 2020.

There was some speculation in prior days that the ongoing protests are fueled by Navalny’s latest documentary film, published on his Youtube channel several days following his January 17 arrest. The two-hour-long film, called “Putin’s Palace,” described a Black Sea-adjacent complex allegedly owned by Russian president Vladimir Putin. Teeming with neo-Byzantine opulence, the palace boasts such amenities as an amphitheater, church, and winery. The film marked the culmination of Navalny’s anti-corruption messaging, accusing Putin of wasting obscene amounts of taxpayer money in an embezzlement scheme described as “the world’s largest bribe.”

A popular narrative emerged: spurred by these latest revelations of Kremlin corruption, throngs of Russians took to the streets to demand Putin’s ouster. But that narrative has been somewhat complicated in recent days. First, the extent of Russian engagement with Navalny’s film remains unclear. The video has over 106 million views on Youtube. According to research done by Russian company Mediascope, 21.2 million of those views came from Russian users over the age of twelve. That’s still a vast number, but things get more complicated from here. Of that 21.2 million, only 15 million watched over 30 seconds of the film. 11.6 million watched over two minutes, and only 3.4 million watched the entire film. It likewise shouldn’t be assumed that everyone who watched the film agrees with its thesis, given that its contents are being increasingly disputed. Putin has since denied that the palace in question belongs to him: “Nothing that is listed there as my property belongs to me or my close relatives, and never did,” he said in a recent video conference. Earlier this week, Russian billionaire property developer Arkady Rotenberg publicly claimed the palace as his, adding that the complex is being built as a luxury hotel.

Further still, Russian journalists have alleged that the palace interiors depicted in Navalny’s video do not exist. According to what Russian reporters claim to be on-site video footage taken this past week, the palace is an unfinished hotel in its very early stages of construction. Footage from the site shows no marble walls or golden filigree—only concrete slabs, exposed pipework, and swarms of construction workers. These reports maintain that the bulk of Navalny’s footage of the palace rooms comes from computer renderings and generic promotional materials from construction companies. They allege that Navalny’s rendering of the front gate depicts what appears to be the crest of Montenegro, rather than the Russian coat of arms. The film also appears to suffer from issues of translation, with Navalny highlighting a mysterious “mud warehouse” that turned out to be nothing more than a mudroom or common entryway. In short, pro-government media outlets and commentators have come out in full force against the allegations made in Navalny’s video. As of the time of writing, there is no corroborating proof that the property in question belongs to Vladimir Putin.

Navalny is in a pretrial detention center, with the initial court hearing scheduled for later this week. Russia’s prosecutor general has suggested that Navalny should receive jail time, although the full extent of the criminal charges arrayed against him are currently unclear. The protests will likely continue through the coming weeks as the Navalny saga unfolds with what is liable to be a highly publicized trial. It remains to be seen exactly how Russia’s simmering political tensions will color the upcoming September parliamentary elections, widely viewed as a referendum on the ruling United Russia party.

Mark Episkopos is the national security reporter for the National Interest.