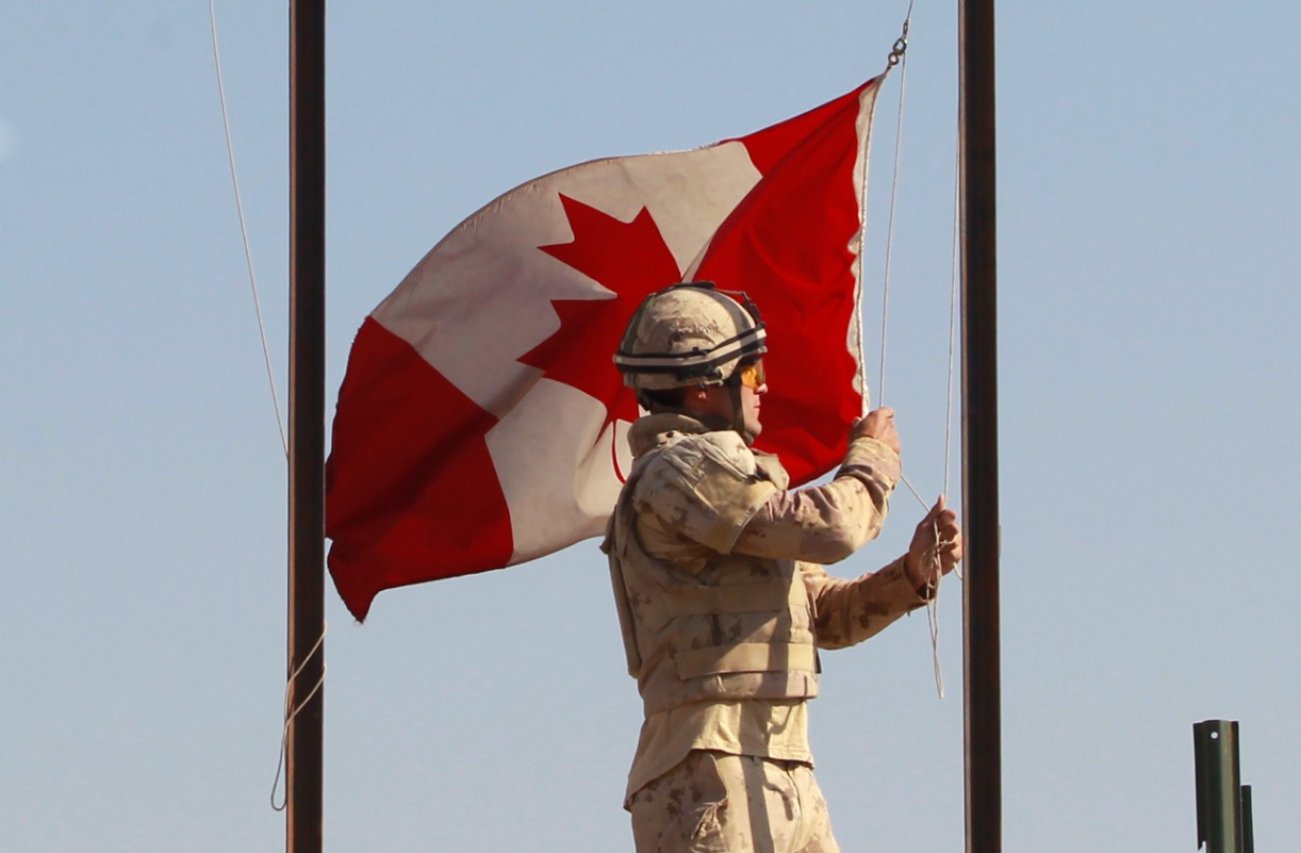 Washington and Ottawa should get cracking on a constructive to-do list that protects their common interests against common competitors.

Here's What You Need To Remember: It is time for both governments to block out the bitterness, the noise, the disagreements, and the distractions and focus on the real challenges at hand—just as they did in putting the USMCA over the finish line.

North of the border there is much handwringing about the trajectory of Canadian-U.S. security cooperation in this era of great-power competition. That anxiety isn’t likely to decline anytime soon—regardless of the election outcome.

Washington and Ottawa should get cracking on a constructive to-do list that protects their common interests against common competitors.

Though Canada and the United States have sealed a historic trade deal (the USMCA) and cooperation on many day-to-day issues continues unabated, the relationship between the two countries’ leaders is frostier than an Ottawa winter. Popular opinion of the United States is on shaky ground, too, reaching a new low this year, in part due to a perception that Washington has not handled the coronavirus problem well.

At the same time, negative views of Beijing have reached historic highs in North America. This has left many Canadians conflicted about how their country fits in the great-power competition.

Their angst is understandable. We live in a topsy-turvy world. But even when nations’ citizens fret over the future, their leaders have a responsibility to steer a steady course that protects national interests. It is time for both governments to block out the bitterness, the noise, the disagreements, and the distractions and focus on the real challenges at hand—just as they did in putting the USMCA over the finish line.

It is important to recognize that just because Canada isn’t a great power, doesn’t mean it does have a large role to play in great-power competition. Indeed, states like Canada can have an outsized importance. Location matters. Geography determines a country’s strategic importance. That is certainly true in the case of the Canadian-U.S. relationship. Also, in an effective collective security framework, even small countries can be net contributors. Again, that’s true for Canada, which is a valued member of NATO and an indispensable partner for the United States in NORAD.

Moreover, in a great-power competition, nations should know where they stand. Some countries have to take sides.

Others, to maintain their independence, have no choice but balance. Serbia is an example. They can’t practically push China and Russia out, but increasingly they are bringing in the United States and the European Union. Yet, when it comes to dealing with countries like China, Iran and Russia, the countries in the free world, have to take a side. Fundamentally, North Americans believe in human rights, freely elected governments, and free enterprise. China, Russia and Iran do not. If countries do not band together and protect those equities, then they are at risk.

So, despite the current disharmonies among Canadians and Americans, a firm basis for joint action remains. From a U.S. perspective, America remains a global power with global interests and responsibilities. What enables us to address them is a secure base of operations in the Western Hemisphere and relative peace and stability in three key regions of the world—Europe, the Greater Middle East and the Indo-Pacific region—and the global commons-air, sea, space, cyber that knit them together.

The U.S. National Security Strategy recognizes these realities and is designed to assure continued security, peace and stability. The efforts made by the United States in pursuit of this strategy benefit Canada, just as the United States benefits from Canada’s contribution to these efforts. The question is: Where can the United States and Canada press a common agenda that not only builds trust and confidence but constructively makes a difference? Here are some ideas.

#1. Common Arctic Agenda. Some in Ottawa will blanch to see this on the list. The United States and Canada don’t share a common vision in the Arctic. The reality is, the region is becoming an increasing area of competition for China and Russia. Neither the United States nor Canada has all the infrastructure it needs to safeguard its interests. They both want the region to develop in a cooperative manner that promotes prosperity, environmental stewardship and peace. That won’t happen if China and Russia have their way, which is why the United States and Canada must roll up their sleeves and forge a common strategy. There is much to be done, particularly in developing a joint approach to the role of NATO.

#2. Missile/Air Maritime Defense Cooperation. A big part of great-power competition is conventional and strategic deterrence, ensuring Russia and China that our differences can never be profitably resolved by force of arms. Here, Washington and Ottawa can work together on numerous initiatives, such as addressing the threat presented by the growing proliferation of hypersonic weapons.

#3. One Voice in NATO. The Transatlantic Alliance is a political-military collective security framework. Sure, Canada makes a military contribution. Its “political voice” is equally if not more valuable. When Canada and America speak with one voice, there is real power there. There is so much to be done. In particular, Canada’s voice is important on NATO policy toward China, sustaining support for NATO enlargement, and forging a strong nuclear policy.

#4. Resilient Infrastructure. In many ways, the United States and Canada share infrastructure and supply chains. They should be working side-by-side to make sure their supply chains remain prosperous and assured and our infrastructure resilient. Working together on the Blue Dot Network and Clean Network initiatives can both protect and jump-start the economies of the two countries in a post-coronavirus recovery.

#5. Five Eyes Partnerships. The United States and Canada have long cooperated in intelligence sharing with Great Britain, New Zealand, and Australia. Increasingly, these countries are looking to expand this cooperation to other fields—such as border and immigration security and foreign policy. This framework can be applied in every theater of great-power competition. The United States and Canada should lead in building more Five Eyes plus partnerships.

This piece first appeared earlier and is being reprinted due to reader interest.

Book now – Spots are filling up quickly! 100+ more countries in your pocket