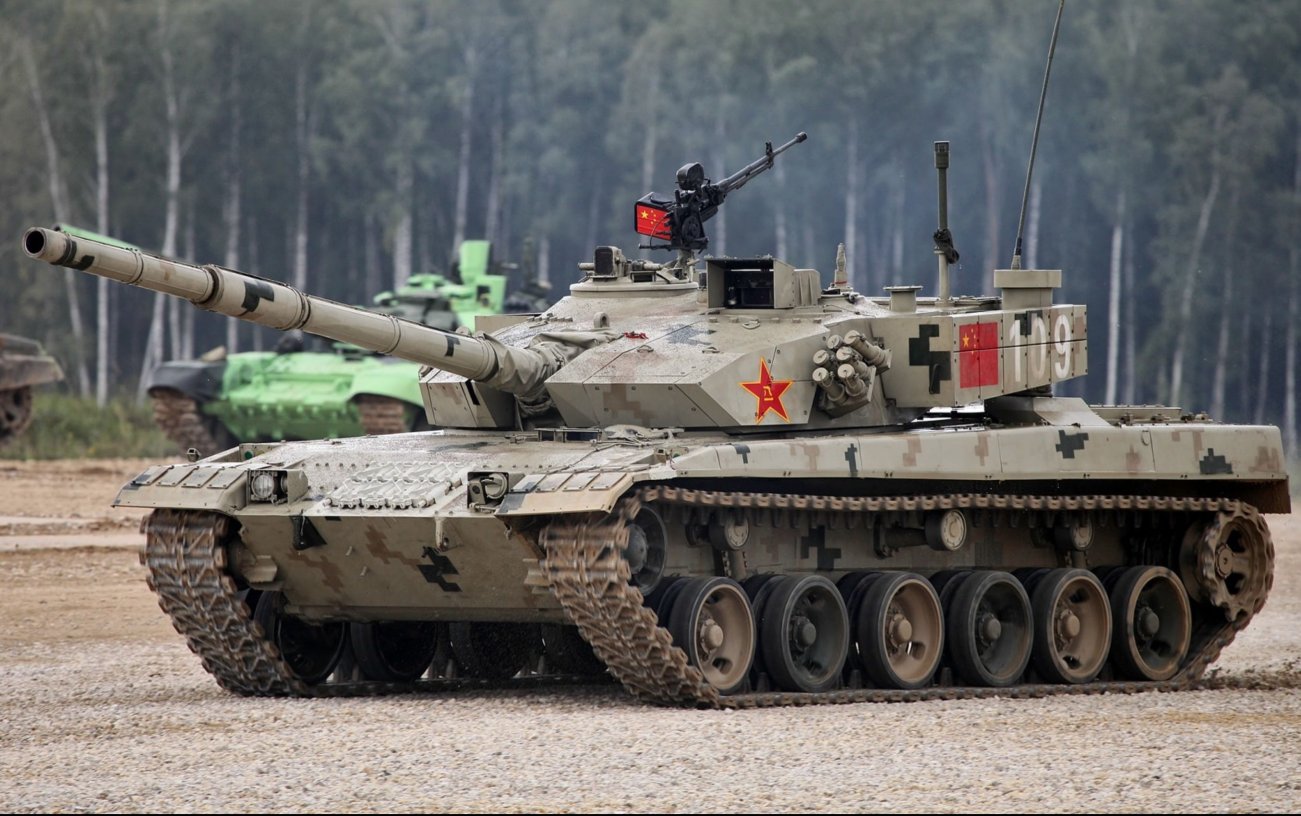 Its a solid tank for its price.

Here's What You Need to Know: While the capabilities of the VT-4 are not revolutionary in any way (unlike some claims from Norinco), it is a solid tank for its price, that will likely have good support from the manufacturing base in China.

While China’s primary tank is the ZTZ-99, its military industry (in the Western tradition) has also developed completely original designs for export. One of the designs that’s achieved considerable success is the VT-4, which has been recently adopted in significant numbers by the Royal Thai Army. The VT-4 is China’s premier export tank, built on technology and designs behind the earlier Al-Khalid tank that was built with cooperation from Pakistan and Ukraine. But how does the VT-4’s technology stack up against Russia’s T-90S, America’s M1 Abrams export models or the Leopard 2?

The VT-4’s roots are in the Al-Khalid tank developed in the 1990s. The Al-Khalid tank was largely built with mostly Chinese and Pakistani technology, but a sore spot for the Chinese designers was their lack of ability to provide a power plant for the tank. The engines for the tank had to be sourced from Germany or Ukraine. Ukraine ended up providing the production run for the Al-Khalid tank. As a result, the VT-4 program’s primary objective when it began in 2009 was to build an indigenous power plant for future domestic and export tanks. Due to the success of this engine development program, many VT-4 marketing materials tout the reliability and performance of its engine.

The Thai decision to acquire the VT-4 was a result of Ukraine’s failure to deliver T-84 Oplots on schedule. Originally, the decision was between the T-90S and the T-84 Oplot, but American diplomatic pressure resulted in the selection of the T-84 over the T-90S. However, due to various problems and the war in Ukraine, Ukraine has delivered the ordered T-84s at a slow rate. Thus, a program was initiated in 2016 to select another modern tank to take the place of the T-84. The new contenders were the Chinese VT-4 and the Russian T-90MS. Again, the post-coup Thai government’s pivot towards China and waning Russian influence in the region resulted in the selection of the VT-4 over the T-90, despite the T-90’s greater export success and the VT-4 being an unproven design. The Thai contract is the first adoption of the VT-4.

The VT-4 uses 125-millimeter Chinese BT-4 ammunition. BT-4 is the export designation for the DTW125 round, a last-generation Chinese APFSDS round with a tungsten penetrator, which is rated at seven hundred millimeters of RHA penetration at two kilometers. A new round is also in development for the export market based on technology from the current generation DTC125 round (which is rumored to penetrate 750 millimeters at the same range). While 125 millimeters is the standard caliber, the VT-4 may also be exported with a 120-millimeter gun upon a customer’s request. A 140-millimeter cannon was once considered for the VT-4 and future Chinese domestic tanks, but it is currently shelved in favor of research into better ammunition or ETC technology. The VT-4’s autoloader is also practically identical to those found in the T-72 series of tanks, with horizontal ammo stowage around the turret floor (this can be seen as the autoloader uses a hoist system in the picture, similar to the hoist system of the T-72, illustrated here). The VT-4 in Thai service is also compatible with Ukrainian ammunition, including the gun-launched ATGMs. While the original designer of the VT-4 didn’t see the need for GLATGM on the VT-4, stating that the capability given by kinetic penetrators is enough for developing countries, the feature was added to Thai VT-4s in order to make use of delivered GLATGMs that came with the T-84s. The hull armor of the VT-4 is estimated to be around five to six hundred millimeters’ RHA protection without ERA, and seven to eight hundred with the ERA package. Turret armor statistics remain restricted to potential clients. Other features on the VT-4 include laser warning receivers and a fully stabilized, independent, thermal commander sight (a feature still lacking on some modern Russian tanks).

In practice, Thai tankers have complained about the ERA on the VT-4 being thinner than that of the Oplot. The Oplot’s soft-kill active-protection system design has been proven in combat (as the Ukrainian Varta system is a close clone of the Shtora system, which has proven effective in Syria), whereas the VT4’s system has not been tested at all. However, in firing drills, the VT-4’s fire control system has proven to be more accurate than the Oplot’s.

While the capabilities of the VT-4 are not revolutionary in any way (unlike some claims from Norinco), it is a solid tank for its price, that will likely have good support from the manufacturing base in China. Survivability wise, it has the same potential issues of the T-72 and T-90 series due to the same ammo layout. While the gun performance is unlikely to be on the same level as the latest American, Chinese or Russian guns, due to being based on last-generation round technology, it should be enough to counter most armored threats that aren’t top tier. As such, the VT-4 is likely to be a popular export to nations without the budget or political connections to Russia, Europe or the United States, as a “good enough” tank. Then again, similar things were said about the Stingray light tank, for which the Royal Thai Army is also the only user.

Charlie Gao studied political and computer science at Grinnell College and is a frequent commentator on defense and national-security issues.

This article first appeared in February 2018 and is being reprinted due to reader interest.

Syrian doctor on trial in Germany over torture in military hospitals