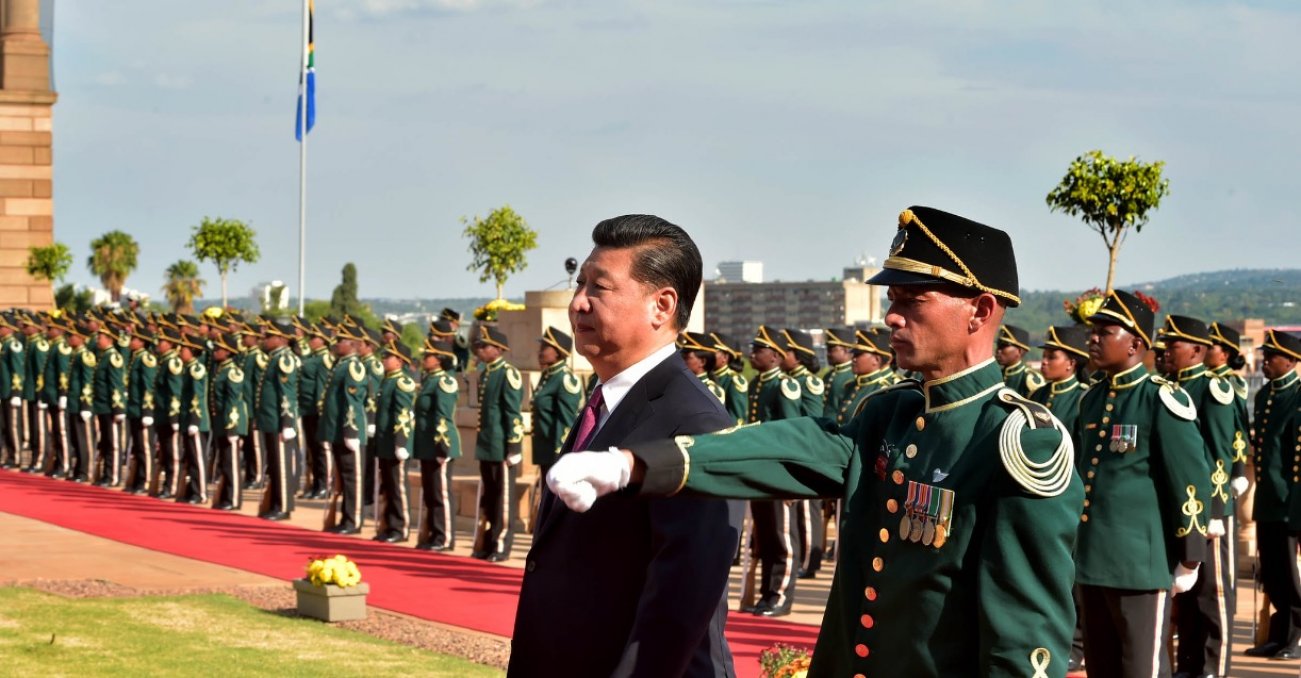 Here's What You Need to Remember: In particular, China is not only a major arms supplier in Africa but is also fast-expanding its economic and military influence in the region.

It might be where lions roam, elephants stampede and giraffes loiter in the meadows, yet Africa is fast growing as an area of substantial U.S. military focus, in large measure due to ongoing Chinese and Russian activities in the region.

“As we look at Africa I would highlight to you that the largest concern we have is how we compete with Russia and China. From both a military and economic perspective, the Russian and Chinese are looking for opportunities to expand their influence,” Gen. Jeffrey Harrigian, Commander, U.S. Air Forces, Europe-Africa, told reporters recently at the 2021 Air Force Association Symposium.

In particular, China is not only a major arms supplier in Africa but is also fast-expanding its economic and military influence in the region. In recent years, the Chinese established a military base in Djibouti in close proximity to the U.S. presence there.

In 2009, China surpassed the United States as Africa’s largest trading partner, and by 2015, China’s trade with Africa had reached $300 billion, according to an essay from the African Center Strategic Studies entitled “Pursuing the China Dream through Africa: Five Elements of China’s Africa Strategy.”

Much of China’s Africa-focused ambitions could be described in terms of a certain kind of economic imperialism, given the massive scope of Chinese involvement in the region with things like crude oil, raw materials and natural resource imports from the region. China is also pursuing many construction projects in fifty-one African countries, the think tank report says.

For many years, Africa has been a key place for ongoing U.S. counterinsurgency efforts and counterterrorism operations, yet in recent years it has become increasingly clear that the African continent is a crucial area of focus needed for great power competition.

Harrigian made it clear that, alongside the many pressing European operational demands, the Pentagon and Air Force has not forgotten Africa and, has he put it, is trying to “expose those things that are nefarious in nature and reaffirm our commitment to our African partners.”

Perhaps the U.S. might send F-35 stealth fighters to the African continent for deterrence and interoperability missions with allied nations or for the purpose of simply adding a larger “great power” presence to the U.S. presence in the Horn of Africa. There might not need to be a large ground force, yet perhaps an increase in higher altitude surveillance, Bomber Task Force patrols or other kinds of great power warfare preparation exercises would suffice.

Kris Osborn is the defense editor for the National Interest. Osborn previously served at the Pentagon as a Highly Qualified Expert with the Office of the Assistant Secretary of the Army—Acquisition, Logistics & Technology. Osborn has also worked as an anchor and on-air military specialist at national TV networks. He has appeared as a guest military expert on Fox News, MSNBC, The Military Channel, and The History Channel. He also has a Masters Degree in Comparative Literature from Columbia University. This article is being republished due to reader interest.

Bloody Sunday 50 years later: what it means when we commemorate trauma