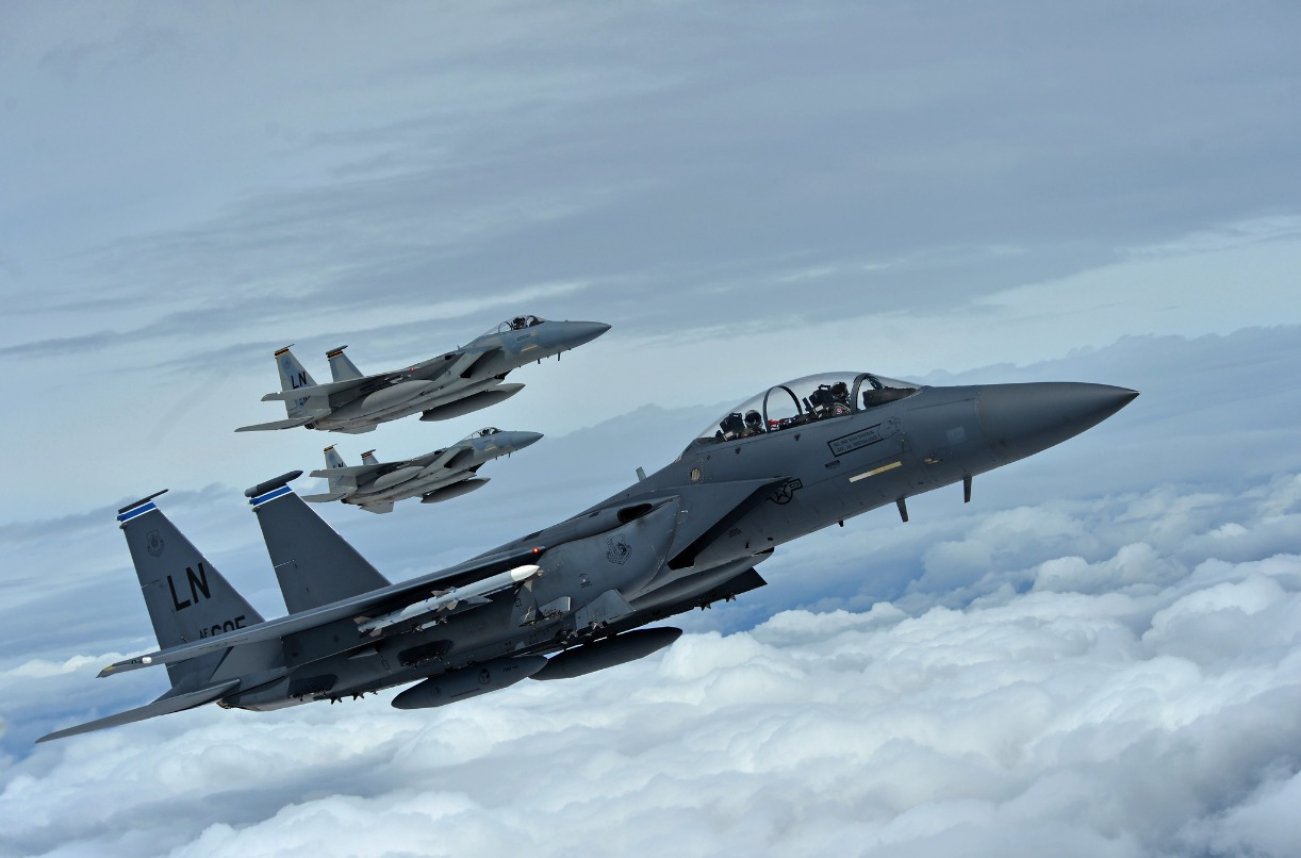 The Air Force has been replicating major, great-power airwar in a precise fashion by presenting attacking forces with a complex, interwoven set of variables, threats, and challenges they would be likely to face in combat.

Here's What You Need to Remember: An Air Force report says the war “tactics” introduced during Red Flag were designed to “mimic” great power enemies with advanced “problem sets” intended to prepare the service and allies for a new generation of multi-domain war.

The Air Force has been replicating major, great-power airwar in a precise fashion by presenting attacking forces with a complex, interwoven set of variables, threats, and challenges they would be likely to face in combat.

It is all part of the service’s regular Red Flag exercise which pits Air Force platforms, assets, and war formations against a sophisticated, well-armed “red-team” adversary equipped with advanced air defenses, sophisticated enemy aircraft likely to resemble fifth-generation rivals, and other kinds of multi-domain warfare scenarios the service would likely encounter in war.

An Air Force report says the war “tactics” introduced during Red Flag were designed to “mimic” great power enemies with advanced “problem sets” intended to prepare the service and allies for a new generation of multi-domain war.

“Though aerial adversary tactics continue to be a key focus in Red Flag scenarios, space and cyberspace threats are interwoven to ensure participants are prepared to react to and overcome the full array of adversary impediments to mission success,” the Air Force report states.

Air Force Col. William Resse, 414th Combat Training Squadron commander, called the “red team” force an “unrestricted aggressor,” adding “In order to ensure we challenge our participants even further, we concealed our targets and forced scenarios, driving Red Flag participants to think critically drawing the fight, including potentially re-attacking targets that were struck but desired weapons effects were not met.”

For instance, the Suppression of Enemy Air Defenses, a long-standing yet crucial Air Force mission, would certainly become much more complicated when presented with space and cyberspace complexities. Perhaps ground-based anti-aircraft radar might deliberately emit a “jamming” signal or seek to generate interference of some kind, making it more difficult for aircraft to succeed with precision-targeting efforts. It is likely that newer kinds of EW applications might be used to obstruct or “throw-off” detection from air platforms seeking to attack. An adversary would also likely try to derail GPS for attacking aircraft, forcing attackers to operate in a GPS or communications-challenged environment. In fact, in recent years Air Force Red Flag planners have specifically introduced the war complicating dynamic of requiring platforms to operate in a GPS-denied environment. These kinds of efforts include the need to incorporate new kinds of systems called Positioning, Navigation, and Timing technologies.

Cyber dynamics are of course increasingly significant as well, given the extent to which weapons systems, fire control, targeting, and communications networks are increasingly cyber-reliant. While these kinds of innovations can massively expedite combat functionality and greatly improve the “kill chain,” additional cyber-enabled networking introduces a pressing need to secure and “harden” networks against hacking and other kinds of intrusions. These kinds of cyber attacks could, for instance, consist of adversarial attempts to insert malware of some kind into a database or computer system, or simply interfere with, deny or derail operations.