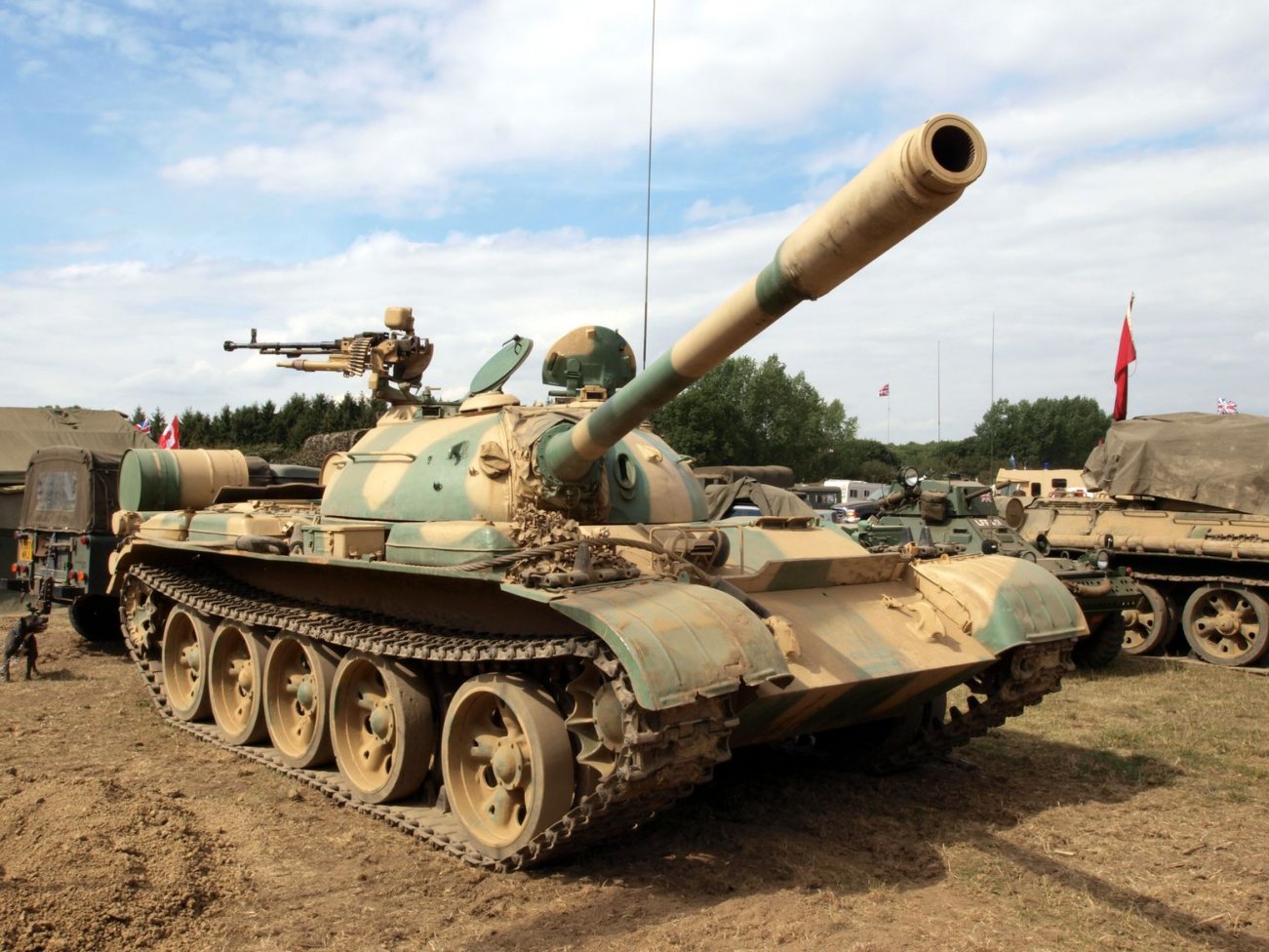 The Type 59 has stuck around for so long in PLA service because it was in production for so long and equips so many units in the PLA.

Here's What You Need to Know: While the Type 59 is practically obsolete on the modern battlefield, quantity can be a quality of its own.

While the United States, Germany, and the Soviet Union all maintained robust tank development programs during the Cold War, China lagged behind significantly until the very end. For the majority of the Cold War, China’s primary front line tank was the Type 59, a variant of the T-54 first built on license from the Soviet Union. But how did this old workhorse evolve? Who still uses them today?

The story of the Type 59 begins in the 1950s. The People’s Republic of China got involved in the Korean War and began acquiring tanks from the Soviet Union under the Sino-Soviet Friendship Treaty. The majority of armored fighting vehicles coming in at this time were from the WWII era: IS-2s, T-34/85s and various assault guns. Outdated, but still effective for the time period.

This was not good enough, as logically China wanted to have its own tank production capability, as well as more modern tanks. In 1955 they received their first T-54s and T-54As, however, the Chinese military leadership negotiated with the Soviets to acquire blueprints and assembly know-how.

China’s first tank factory, Inner Mongolian Machinery Factory No. 617, was set up in 1956 with Soviet assistance. It produced its first T-54A in 1958 with Soviet parts. The Chinese-built T-54A design was officially adopted into PLA service in 1959, hence the name Type 59.

The basic Type 59 served for almost two decades with very little modification. It was provided to Vietnam during the Vietnam War, and it later fought Vietnam during the Sino-Vietnamese was in 1979. That experience lead China to take a hard look at its tank fleet and procure upgrades. China attempted to create some more modern tanks based off the Type 59 such as the Type 69 (following the Chinese capture and reverse engineering of a Soviet T-62 captured during the 1969 Sino-Soviet border skirmish), but these tanks did not see wide service until later.

Luckily for China at the time, relations were beginning to warm with the West. This made it possible for China to gain knowledge and technology from the West to modernize their tanks. The first Type 59 upgrade, the Type 59-I was created immediately after the Sino-Vietnamese war. It was primarily a systems upgrade, replacing the old school rangefinders of the Type 59 with a modern laser rangefinder, adding an automatic fire suppression system, and adding a fire control system.

The Type 59-II rapidly followed, integrating the Western 105mm L7 tank gun that had superior performance to the older 100mm gun that earlier Type 59s mounted. The first prototype of the Type 59-II was made in 1980 and entered full production shortly afterward.

But while the Type 59-II was a successful design, the Chinese military wanted to not fully rely on the West to supply parts for the Type 59. As a result, the Type 59-IIA was developed. A Chinese clone of the L7 105mm was introduced in place of full guns, and a domestic electronic Fire-control system was made.

This resulted in a slightly inferior tank to the Type 59-II, as Chinese industry was not as mature at making such components. The Type 59-IIA was adopted in 1985. An outdated tank for the era compared to M1A1s and T-72Bs, but an important stepping stone for Chinese industry.

The final upgrade was the Type 59D, which is the most common variant in the PLA today. It improved the fire-control system to be digital, added ERA and added an improved version of the main gun. Some sources suggest that some 59Ds may be capable of firing GLATGMs or depleted uranium ammunition.

The Type 59 stuck around for so long in PLA service because it was in production for so long and equips so many units in the PLA. It was cheaper to keep updating the Type 59 than to try to produce more of the interim (Type 69, etc.) models, which didn’t offer a large increase in combat capability.

The Type 59 was also very successful on the export market. Type 59s are very common in North Korean service, with plenty of variants developed there. It also was provided to both Iran and Iraq, Pakistan, and various other nations. Pakistan is the largest user of the Type 59 outside of China, fielding more than one thousand examples.

Norinco and Polytech have developed further upgrades which incorporate newer 125mm guns, more powerful engines, reworked armor. These have not seen much success in export, probably due to the general obsolescence of the T-54/T-55 base in general.

While the Type 59 is practically obsolete on the modern battlefield, it was how the Chinese tank-building industry got its start and proved a testbed for the Chinese military to experiment with the integration of modern Western cannons and technology. It also continues to arm many (even the bulk!) of tank units in the PLA today, perhaps epitomizing the fact that quantity is a quality of its own.

Most information taken from The Technical Development of China's Tanks from the Type 59 to the Type 88 Main Battle Tank by Wu Zheren and Hu Xiaofang.

Charlie Gao studied political and computer science at Grinnell College and is a frequent commentator on defense and national security issues.

This article first appeared in November 2018 and is being reprinted due to reader interest.

It's Time to Break Up New York State